CooksInfo
This recipe was given by the New York actress Anne Bancroft to Toronto writer Warren Dunford in the 1990s. It has a lightly-spiced flavour that is warm and distinctive. Easily doubled or tripled for a crowd. Serve in a bowl with a good bread.
Print Recipe
Prep Time 15 mins
Cook Time 2 hrs
Total Time 2 hrs 15 mins
Course Soups and Stews
Servings 6

If you don't need this to be a vegetarian dish, you can use chicken broth instead of vegetable broth. The spicing might on first blush seem to be very timid, but it's actually just right and quite distinctive. 1 cup of eggplant is about half an average medium-sized eggplant ( 250 g / 9 oz); ditto for the zucchini. So, if you don't mind leftovers (it freezes well), you might as well consider doubling the batch so you're not left wondering what to do with the rest of the eggplant and zucchini. You can serve some of the leftovers over rice for a change of pace. 1 cup of onion is 1 medium-sized onion (225 g / 8 oz.) 19 oz tins are about 550 ml. If you have larger sized tins, just measure out the volume you need, and store the rest in a container in the fridge for future use.
Tried this recipe?Let us know how it was! 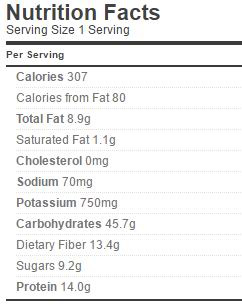