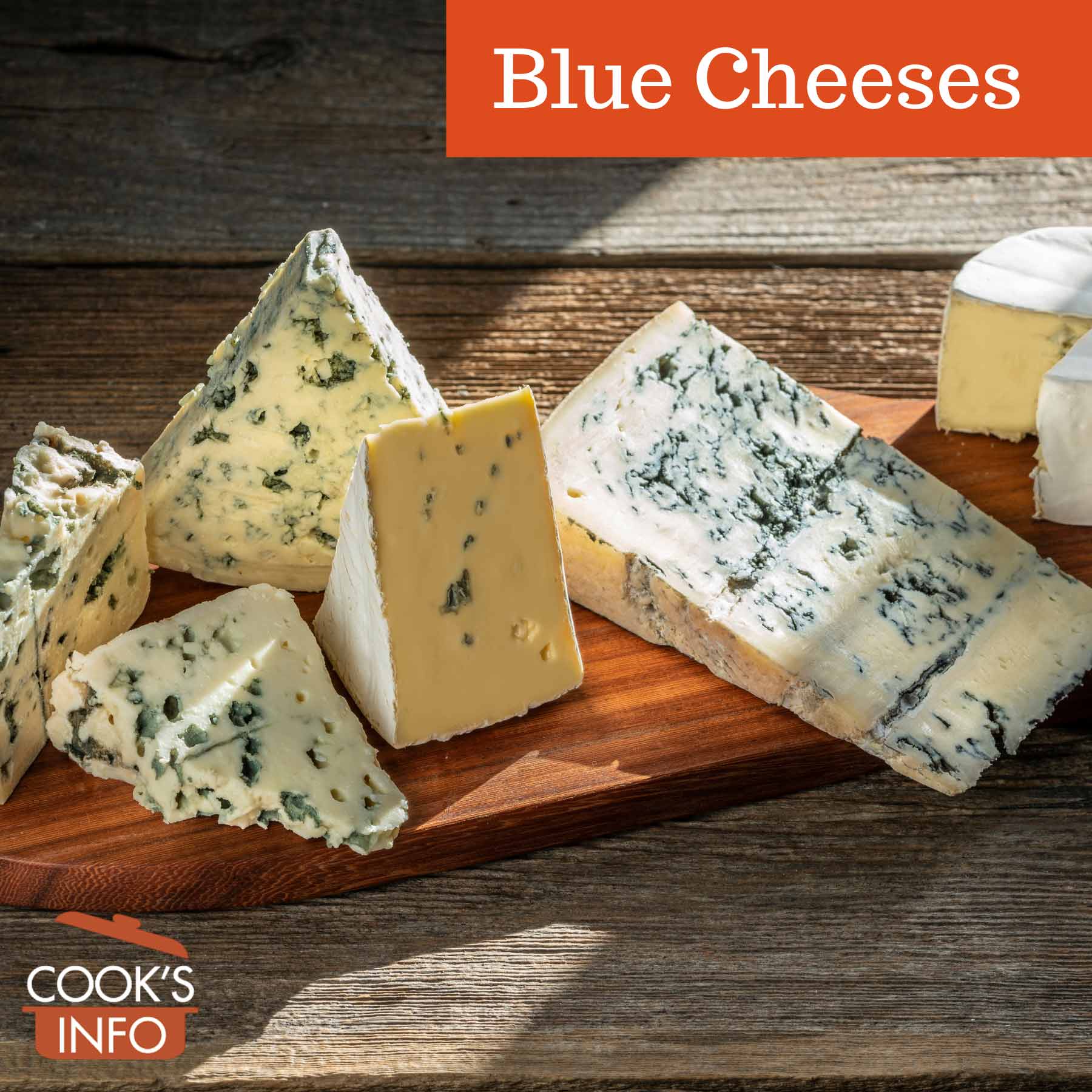 A blue cheese is a cheese that has veins or blotches of blue in it, caused by the presence and growth in it of the Penicillium mould. As a result of the mould, it will have a distinctive coloration, aroma and taste.

How strong are blue cheeses?

There are many varieties of blue cheeses — some are very mild, some are tangy, some kick like a mule.

When you see a blue cheese described as “aggressive”, that’s cheese-tasters’ code for “it’s going to clear your sinuses.”

What is surprising to most people is that blue cheeses are make very good cheeses to cook with. They add a complex, gutsy zest to dishes.

Some blue cheeses are creamy like soft butter, making them ideal for packing into the cavity of a pear for dessert. Others are crumbly, ideal for use as a garnish on dishes.

Crumble some blue cheese on top of a bowl of cream of celery soup.