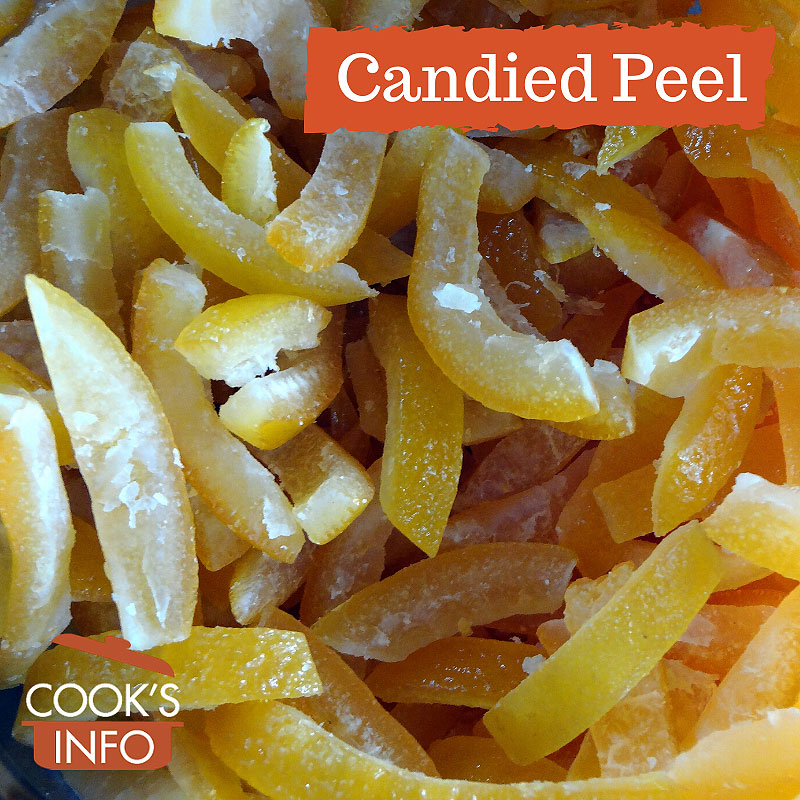 Candied peel (aka mixed peel) is the peel of citrus fruit which has been simmered in sugar syrup, then dried and chopped. The simmering drives the bitterness out of the peel, which then absorbs all the sweetness from the sugar.

It is used in Christmas cakes and Christmas puddings, and year-round in many other desserts, either as an ingredient or a garnish. It featured in the sweetened bread known as Chop Suey Loaf which was popular in the mid 1900s.

It has become fashionable as of late amongst many cooks to disparage candied peel.

While it can be made from any citrus fruit, one of the best to use is the citron, as it has a larger yield of peel owing to its thick rind.

Where to get candied peel

You can buy candied peel ready-made at grocery stores, either singularly by itself or mixed in tubs known famously (or infamously, some would say) as “mixed peel”. In Europe, it is more an art form than it is in North America and artisanal candied peel can be procured at markets.

You can also make it at home. Though some candied peel recipes require fourteen days, there are more straight-forward ones. Quality may vary based on whose recipe / advice you follow.

Following are directions from the “Home Preservation of Fruits and Vegetables” book.

“Orange, lemon or grapefruit peel can be used. The fruit should be thoroughly scrubbed, then cut in half. Carefully remove all the pulp from the fruit, leaving clean shells. Cook the peel in boiling water for about an hour, under it is tender. When cooking grapefruit, the water should be changed several times during cooking. Drain the cooked peel and process it following the instructions for angelica. [Ed: see Candied Angelica entry.] It is recommended that equal parts of glucose and sugar are used to improve both the appearance and keeping quality of the candied peel. The peel can be left in the thick syrup for 2 – 3 weeks before it is dried. For the final coating follow the instructions for the glacé finish.

When candying small quantities of peel you may prefer to follow this alternative method. Scrub the fruit and remove the peel, removing it neatly from the fruit in quarters. Put the pieces of peel in a saucepan and pour in sufficient water to cover it. Bring the water to the boil, then reduce the heat and cover the pan. Simmer the peel for 1 – 2 hours, or until it is quite tender. Top up the water as necessary during cooking.

Add 50 g (2 oz) sugar for each orange or lemon, then stir until the sugar has dissolved completely. Bring the syrup to the boil, then remove the pan from the heat and leave it to cool, uncovered. Leave the peel to stand in the syrup for 24 hours, then bring it back to the boil and simmer it for a few minutes. Remove the pan from the heat and leave it as before, uncovered, for 24 hours. On the third day, bring the syrup to the boil and reduce the heat so that it simmers. Simmer the peel until it has absorbed nearly all the syrup. Drain and dry the peel as above. Any remaining syrup can be poured into the hollow of the peel before it is dried.” [1]Jones, Bridget, Ed. Home Preservation of Fruits and Vegetables. London: AFRC Institute of Food Research. 1989. 14th edition, revised. Page 138. 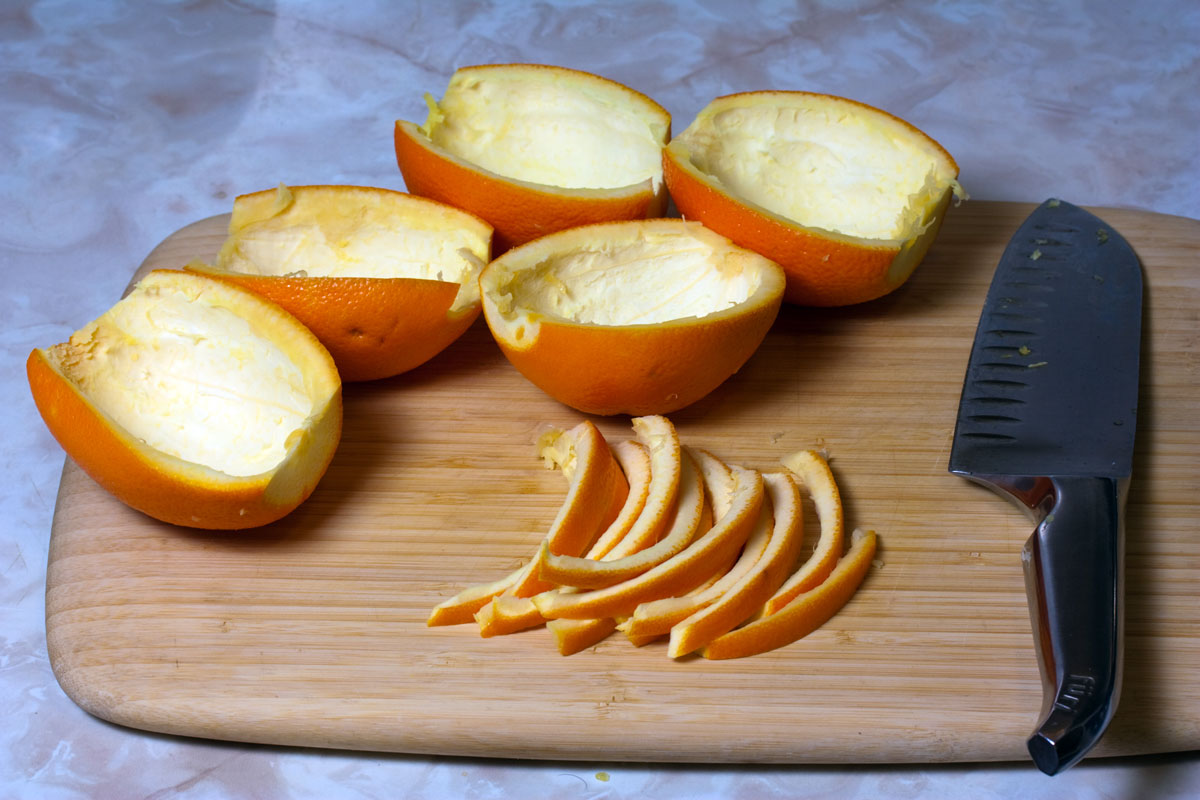 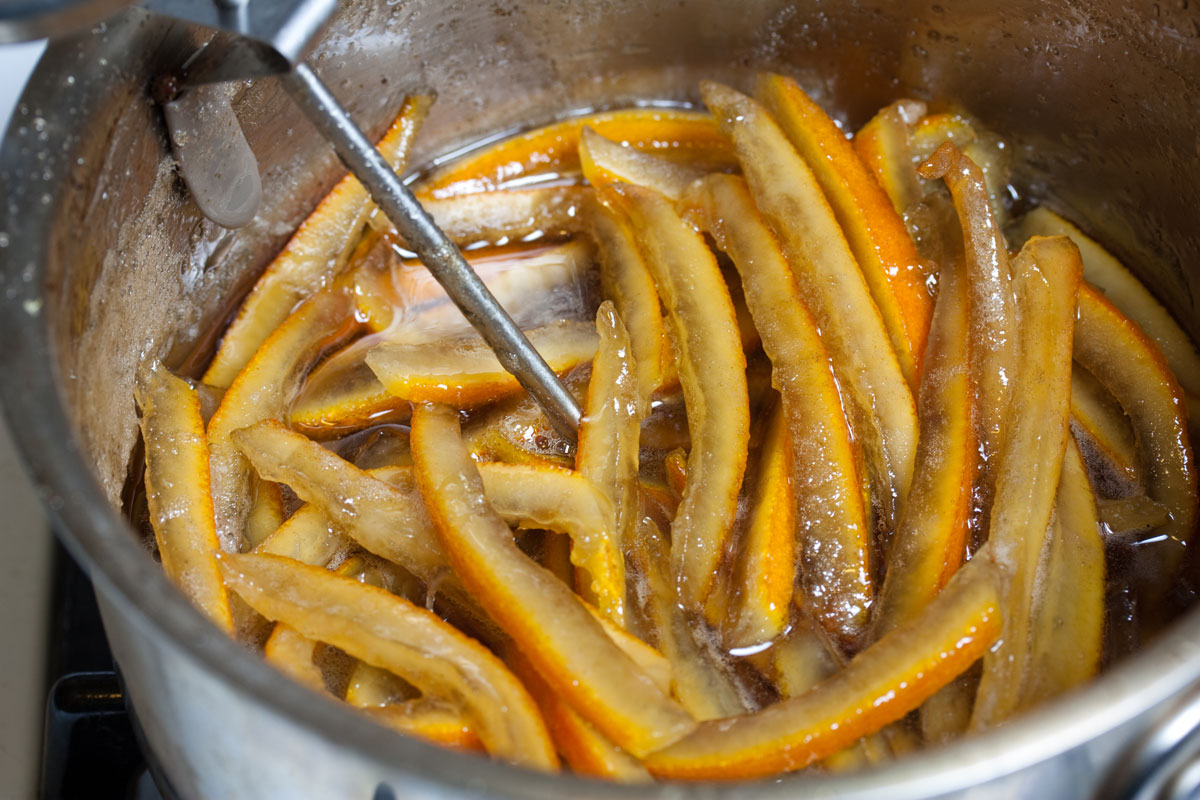 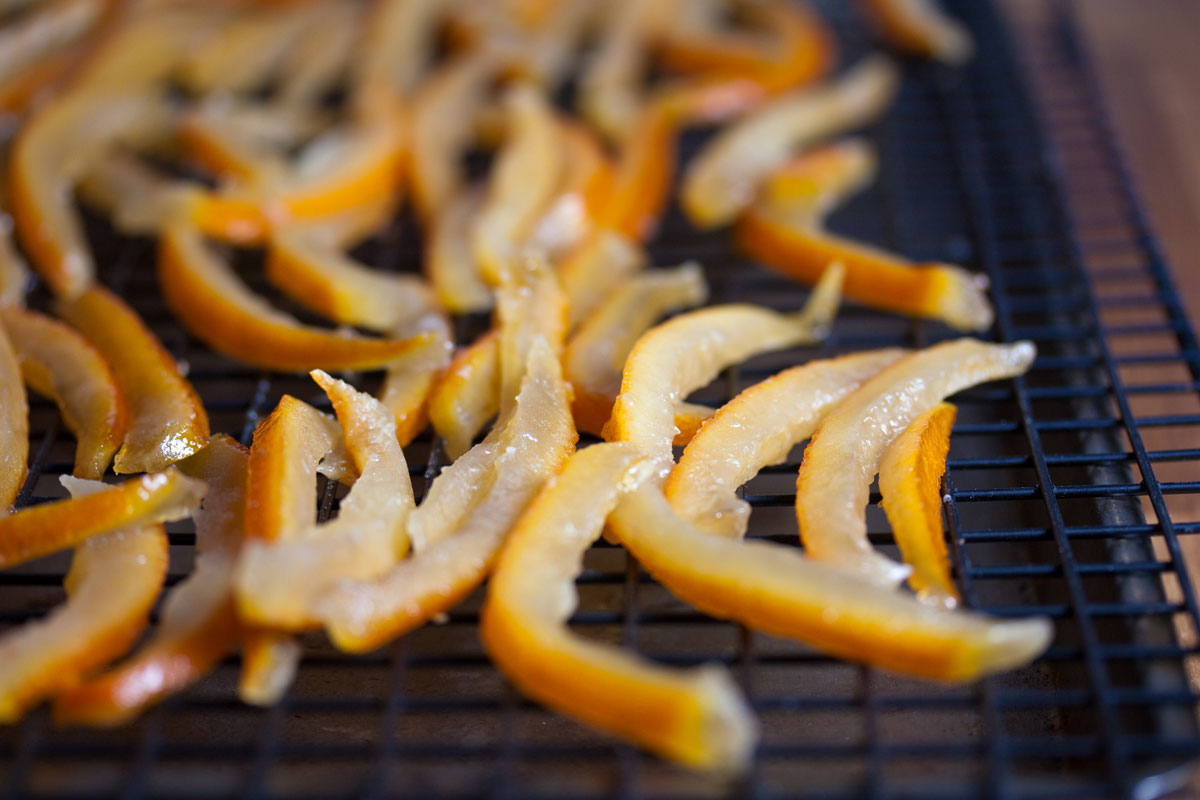 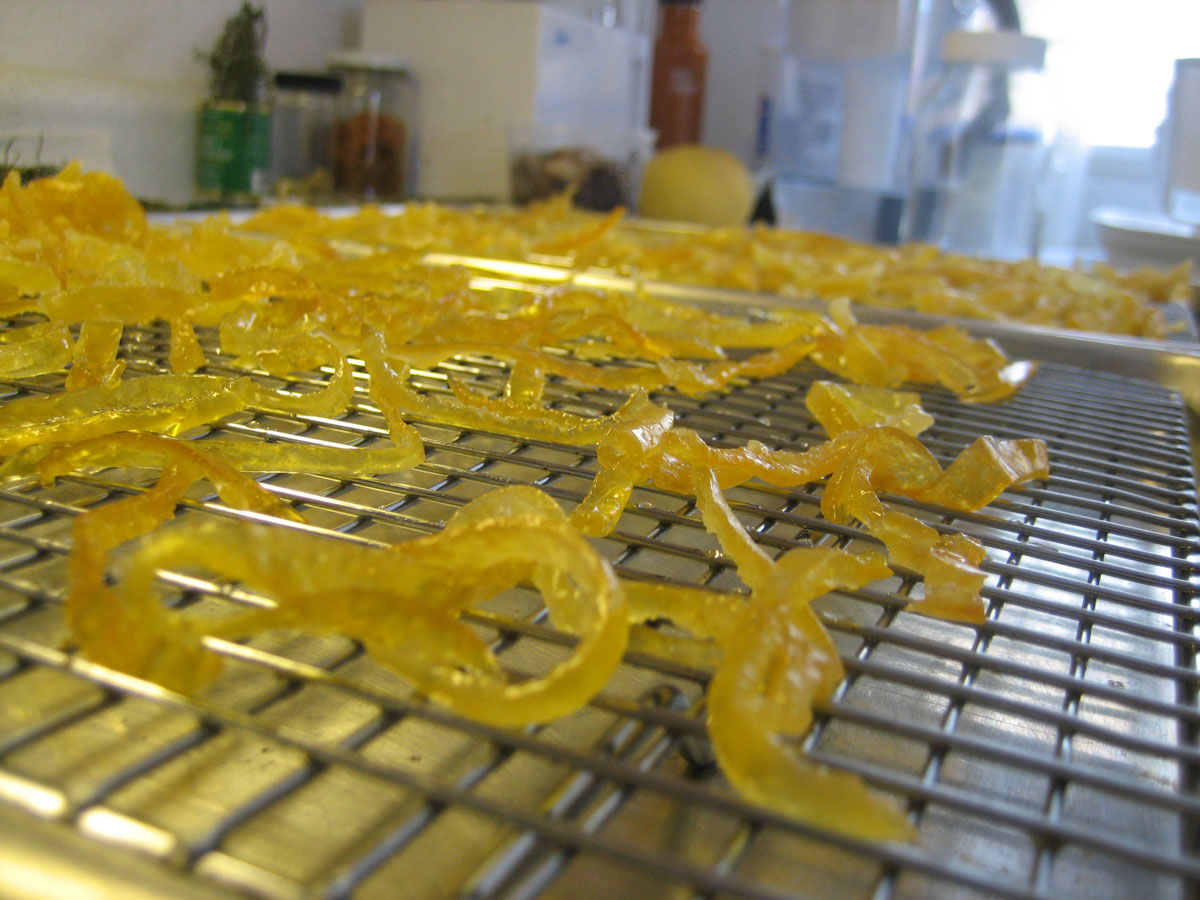