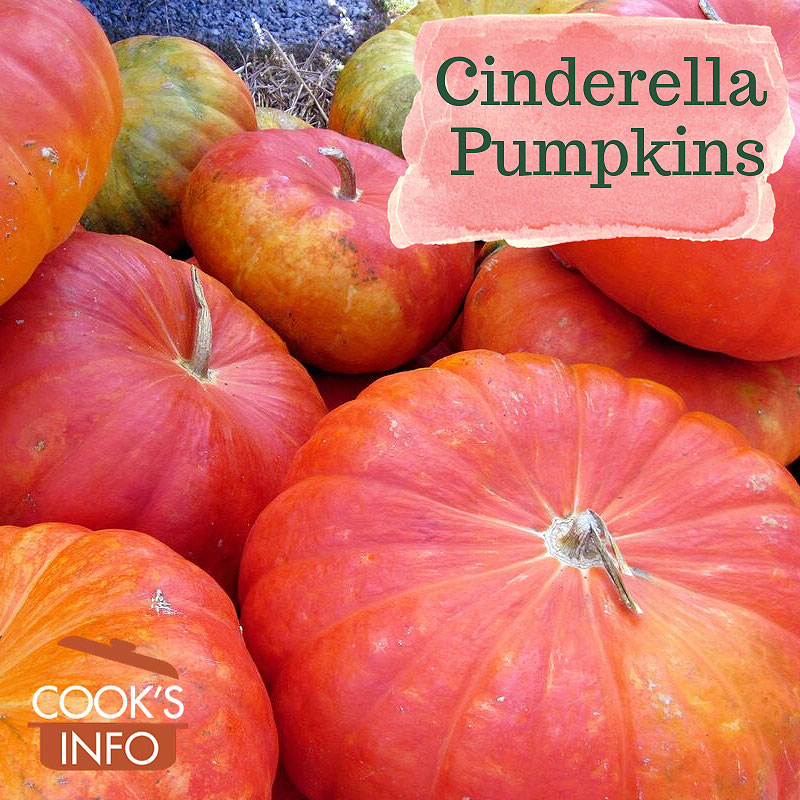 Cinderella Pumpkins (aka Rouge Vif d’Étampes) are shaped like Cinderella’s coach as depicted by Disney.

They are slightly flattened, with deep orange rind and deep ribs, and occasionally some bumps or netting on the rind.

And some say, no matter how you cook it, you aren’t going to make it taste like anything at all.

“Some cooks have dubbed this variety the gourmet’s pumpkin, citing is custardlike flesh and sweet, mild flavor. Gardening author Amy Goldman, who cultivates many heirloom squashes and pumpkins, disagrees, calling it ‘insipid and watery’, not worth a gracing a humble pie crust.” [1]Coulter, Lynn. Gardening with Heirloom Seeds. University of North Carolina Press. 2006. Page 288. 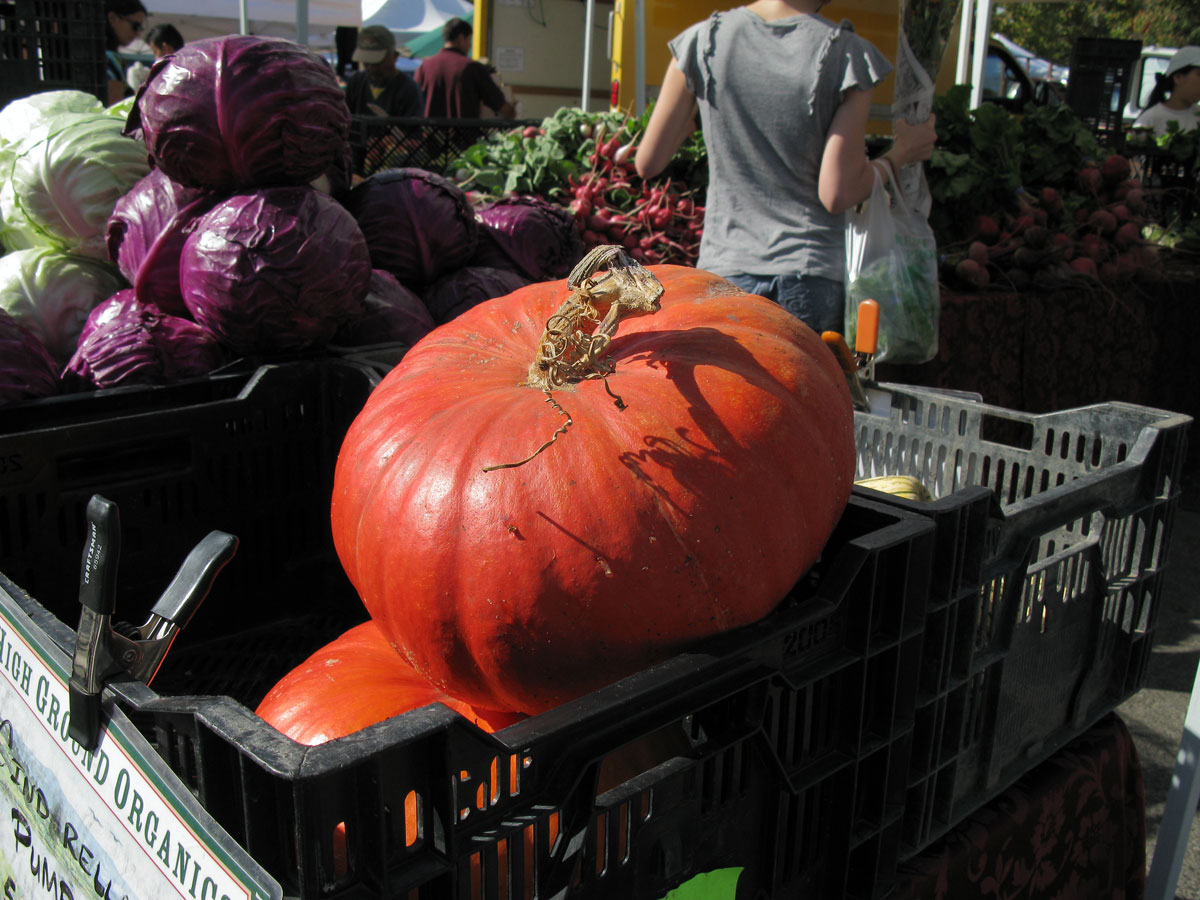 Cinderella Pumpkins were popular in France in the 1800s.

Some speculate that a parent may have been “Jaune de Paris.”

They were introduced into America in 1883 by the W. Atlee Burpee Burpee Seed Company. “Burpee’s first offered this heirloom variety to American gardeners in 1883.” [2]Ibid.

The French name is “Rouge Vif d’Étampes.” In French, “Rouge vif” means “vivid red”. Étampes is the village that, reputedly, Burpee first sourced his seed from. 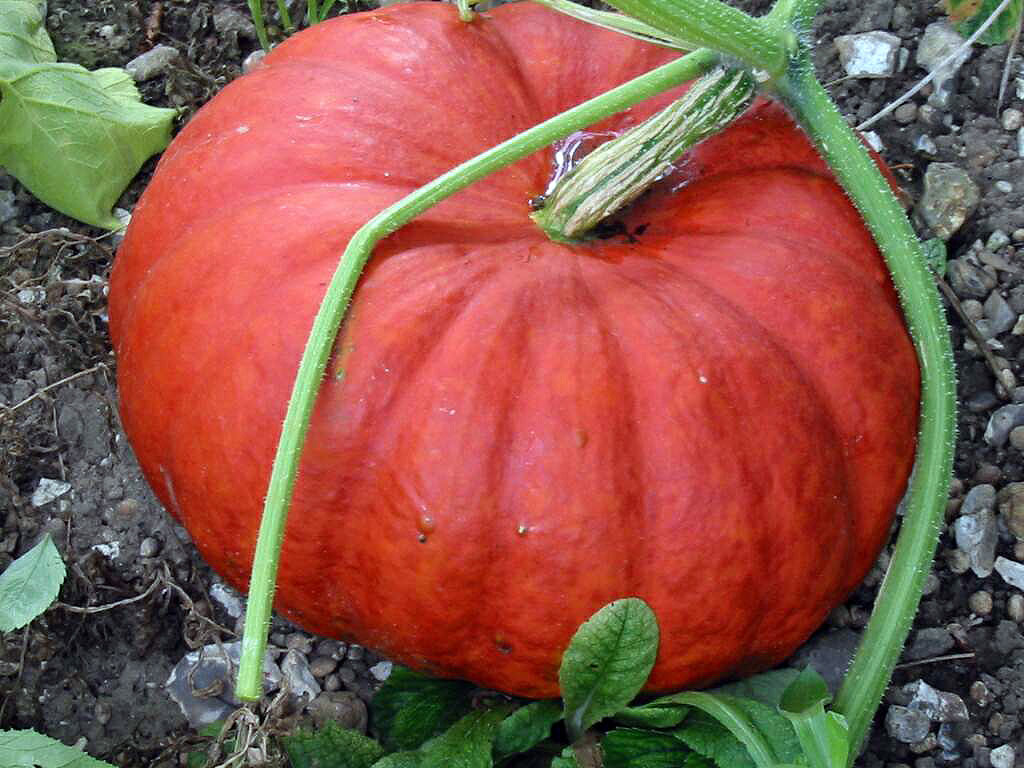