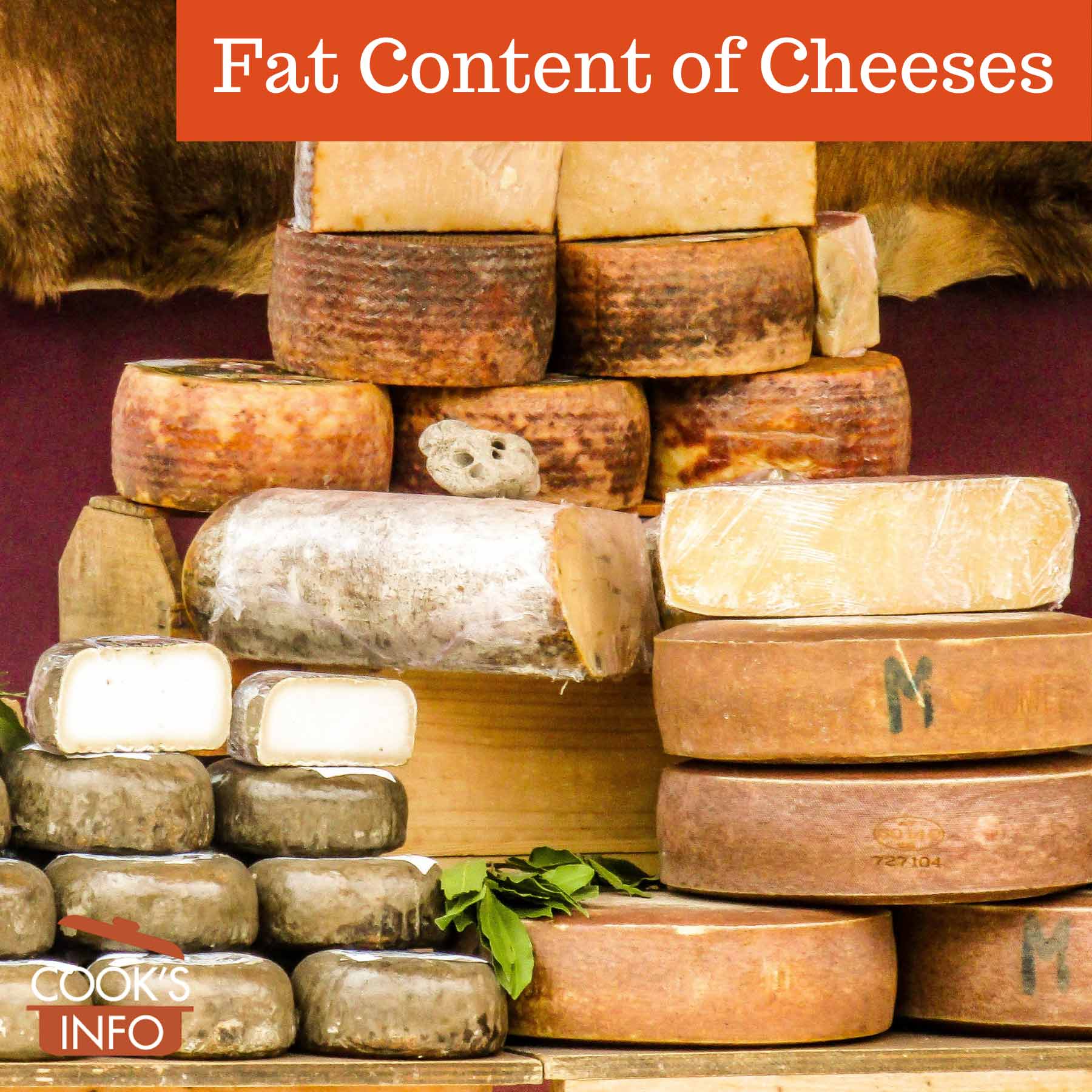 The fat content of milk is called “butterfat“, with most of it being in the cream of the milk.

Traditionally, farmers would skim off the cream at the top of milk, and sell the cream, or use the full-cream milk to make cheeses rich in taste and mouth-feel that would fetch a good price at market. Cream and higher-fat content cheeses were for the richer folk.

When the farmers made cheese for themselves, they made it from the milk left over after selling the cream separately, and skim-milk cheeses came about. Many traditional and now-desirable cheeses evolved to be made specifically from skim milk. One of the most famous skim-milk cheeses is Parmesan.

Note that some skim-milk or whey cheeses may have fuller-fat versions of milk added to them (as for instance mitzithra does), and that aging can evaporate moisture out leaving relatively more fat behind ratio-wise, so the resultant cheeses may not necessarily end up as low-fat as one would necessarily expect.

Throughout culinary history, higher-fat cheeses have typically been considered the most desirable and expensive ones.

Some consumers now seem to be saying that they want and will pay more for reduced-fat cheeses, thus flipping on its head the whole history of what level of fat content in cheese was desirable and more costly.

There are and always have been cheeses such as cottage cheese which by definition and by nature are low fat. But what some consumers seem to be saying is that they also want full-fat types of cheese that are the glory of Christmas cheese trays but in reduced fat versions. This poses a problem to cheesemakers because cheese types have been — historically and food chemistry-wise — intrinsically linked to the type of milk used.

Consequently, manufacturers take a traditional higher fat cheese recipe and use various techniques to reduce the fat content in it. They often attempt to compensate by using emulsifiers. A challenge can be that when you take cheeses traditionally made from whole milk, such as cheddar, and try to make them from skim milk instead, the cheese ends up with all the appeal of coloured latex, as that particular cheese was never designed for a lower-fat milk. Once people taste these reduced-fat cheeses that they had told cheese makers that they wanted, they don’t always race back to the store to buy them again. They don’t like the texture, the taste, or how the cheese acts in cooking.

While the British Cardiac Patients Association simply classifies cheeses as low-fat, medium-fat, and high-fat for its consumer-based audience, the British Cheese Board has six fat categories allowing for more technical industry classification:

In German law, there are eight fat categories for cheese.

Sometimes you may see the phrase “fat in dry matter” (fat i.d.m.). That’s different from other stated fat contents; it takes into account water content in the cheese. It’s used by professional cheesemakers because it is more reliable. The reason it’s a more reliable and accurate measure is that as a cheese ages and water evaporates from it, the ratio of the cheese left behind that is fat increases. But dry matter doesn’t evaporate, so measuring the ratio of fat to dry matter won’t change.

As a rule of thumb, you use the following multipliers to roughly arrive at the “fat in dry matter” measurement:

Low-fat, reduced-fat and fat-free cheeses typically do not melt well:

“Low-fat, skimmed-milk cheeses do not melt well because they are relatively high in proteins which it is easy to coagulate (coagulation starts at about 60°C/140°F), causing stringiness or leatheriness.” [1]Davidson, Alan. The Oxford Companion to Food (Oxford Companions) (p. 165). OUP Oxford. Kindle Edition.

Use these cheeses in dishes where it’s not mission critical that the cheese melts and spreads. Sometimes such cheeses, such as cottage cheese, can still play a valid role in cooking by providing body to a dish.

The fat content of a cheese isn’t always the sole determinant of how well it melts. Reduced-fat cheeses with emulsifiers in them have at least one thing going for them compared to fat-free cheeses. The emulsifiers in them often melt well, so the same physical effect (if not the taste) of real cheese can be achieved in cooking.

Lower-fat content cheeses can also seem to have reduced flavour because fat is a flavour-carrier. You can boost the flavour of the dish up with a bit more spice or herb.

You can’t always go by intuition when guessing fat content. Camembert and Brie might seem higher in fat than Cheddar, for instance, but the numbers show otherwise. And not all skim milk cheeses end up low-fat. Parmesan, as you’ll see below, is a good example of how the fat content concentrates in dry cheeses as water evaporates out during aging.

Fat is what carries the flavour of cheese to your tongue; it also makes accessible to your body the vitamins A, D, E and K that are in cheese. One vitamin that has been possibly associated with heart health is K2, which milk fat is a good source of. [7]Johanna M. Geleijnse, Cees Vermeer, Diederick E. Grobbee, Leon J. Schurgers, Marjo H. J. Knapen, Irene M. van der Meer, Albert Hofman, and Jacqueline C. M. Witteman. Dietary Intake of Menaquinone Is Associated with a Reduced Risk of Coronary Heart Disease: The Rotterdam Study. J. Nutr. November 1, 2004 vol. 134 no. 11 3100-3105.

“When you take a lot of the fat out, essentially cheese will turn into an eraser.” — Gregory D. Miller. Quoted in: Fountain, Henry. Asked to Get Slim, Cheese Resists. New York Times. 7 August 2012. Page D1.

This web site generates income from affiliated links and ads at no cost to you to fund continued research · Information on this site is Copyright © 2022· Feel free to cite correctly, but copying whole pages for your website is content theft and will be DCMA'd.
Tagged With: Fat Content of Cheeses