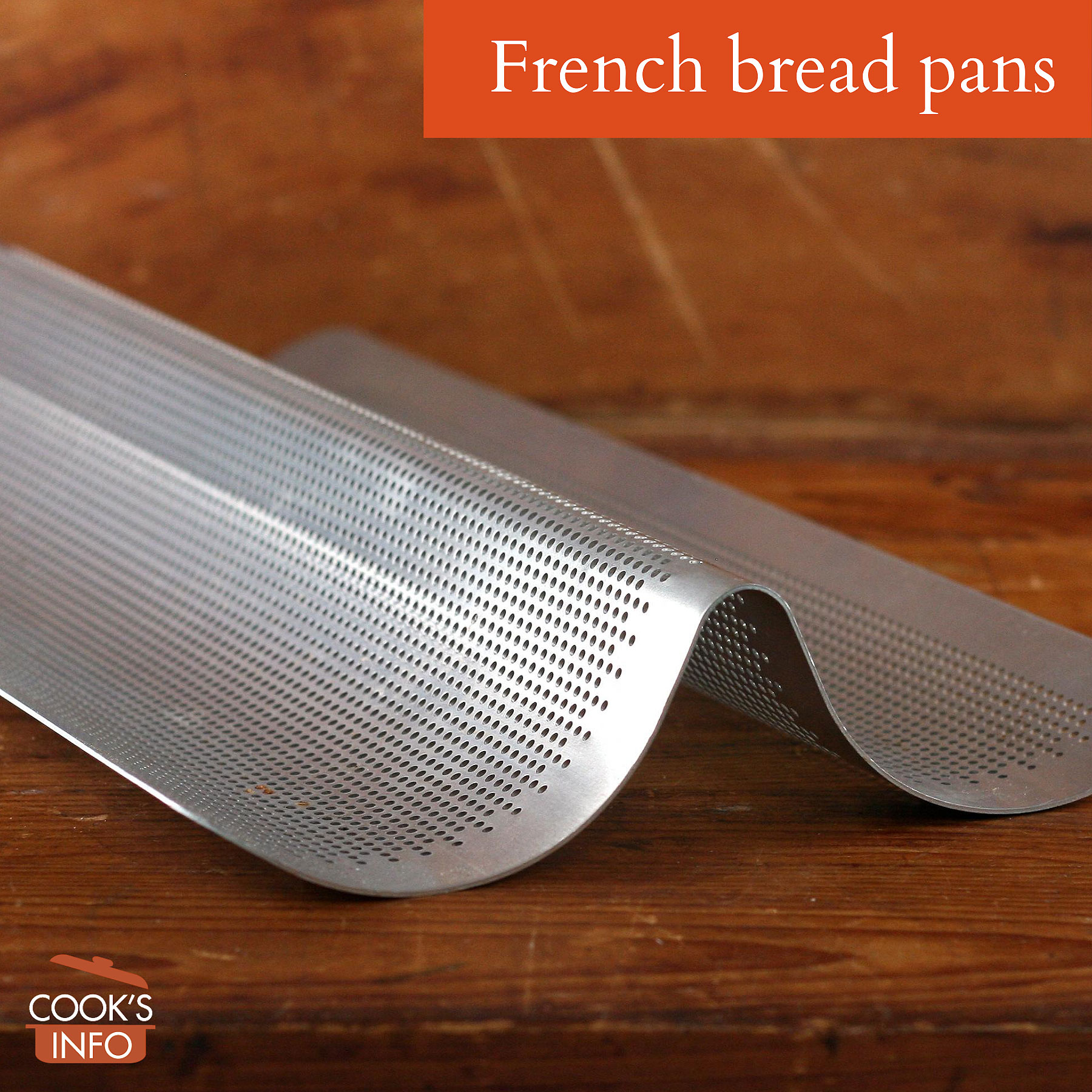 A French bread pan is an American innovation to help home bakers make French-style baguettes. In France, there is no such thing actually called a “French bread pan.”

French bread pans are two or three long half-tubes joined at the sides, used for making baguettes in.

The assumption in the name is that the type of French bread you want to make is a baguette — because of course there are a zillion other kinds of bread made in France.

French bread pans are made of earthenware, terracotta or metal. The metal may be aluminum or heavy-gauge steel, or either metal coated with a non-stick surface,

The pan will be anywhere from 40 to 50 cm long (16 to 20 inches). The tubes are wide, rounded at the bottoms, and joined together side by side. Ones made of metal or earthenware will have perforations throughout to allow steam to escape, to help the bread’s crust to brown and crispen.

Some terra cotta ones come with instructions telling you to soak the pans first in water, with the resultant steam during baking helping to crisp the loaf.

To use, you lay a strip of baguette dough in one of the moulds. Many people advise to line the pans with parchment paper, particularly if you are using a somewhat wet or gluten-free dough, so that the dough doesn’t just infiltrate the perforations and get stuck there. 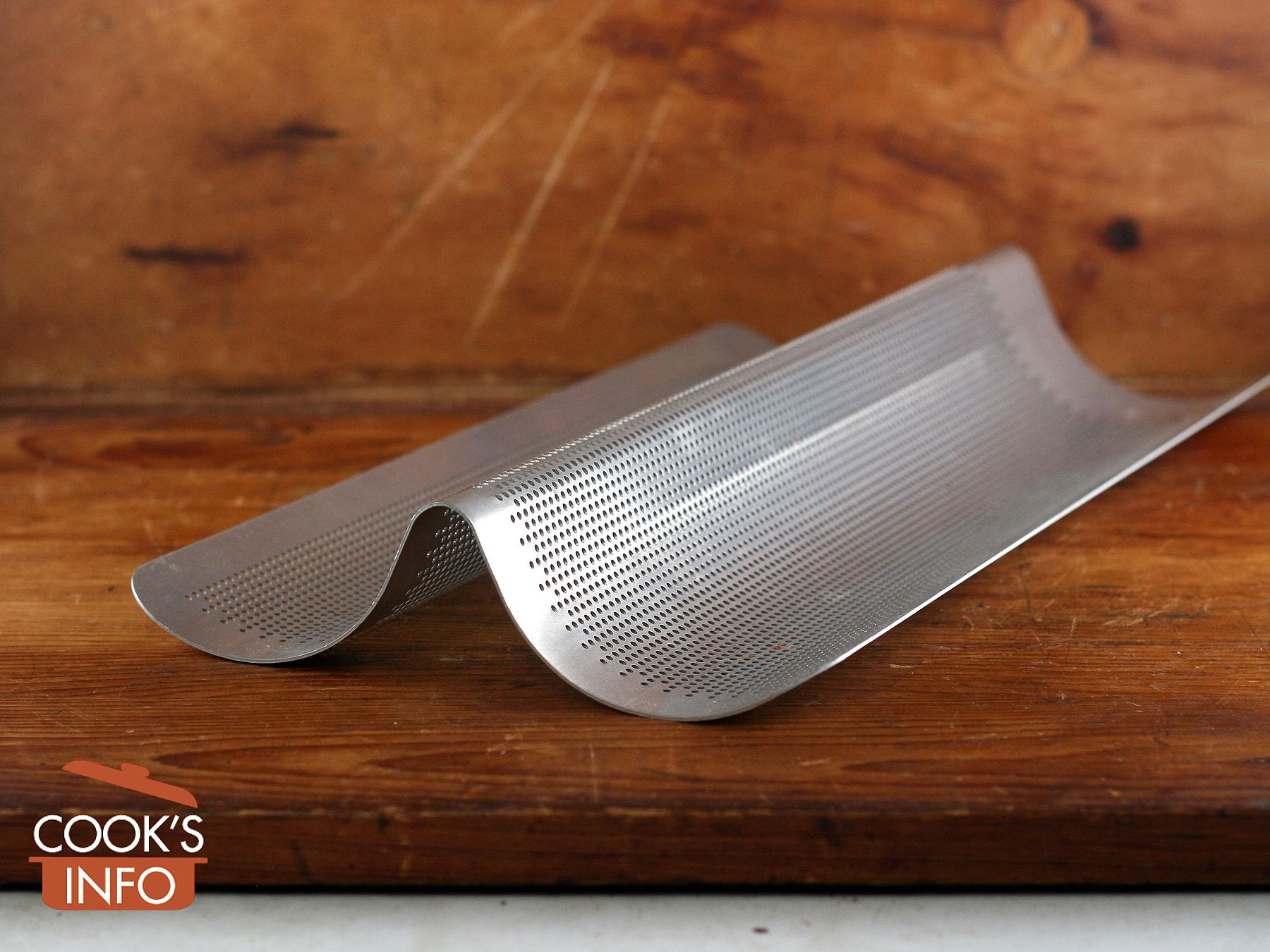 French bread pans are not really needed to make baguettes; they are not used in France. You can use a baking stone or unglazed quarry tiles instead to get the kind of crispy crust. To do this, shape the dough, let it rise on parchment paper, and then lift using the parchment paper and place parchment paper and dough on baking stones or tiles, then put into hot oven. French bread pans can particularly useful, however, if you are making gluten-free French sticks, as they may not hold any shape otherwise.

Bakers use something called a “couche” in which to give the dough its final rise, then transfer the risen loaves free form onto the floor of the oven (there is a technique to this, though, to stop the dough from simply collapsing as you transfer it: see the entry on “bread couches“.) Contact with the couche, which is a floured canvas, absorbs some moisture out of the surface of the dough, contributing to its crispness. The perforations compensate somewhat for the lack of cloth.

In a way, French bread pans can act as a “couche”, a “transferrer” to the oven, and a baking pan.

This web site generates income from affiliated links and ads at no cost to you to fund continued research · Information on this site is Copyright © 2022· Feel free to cite correctly, but copying whole pages for your website is content theft and will be DCMA'd.
Tagged With: Baguettes, Bread Pans