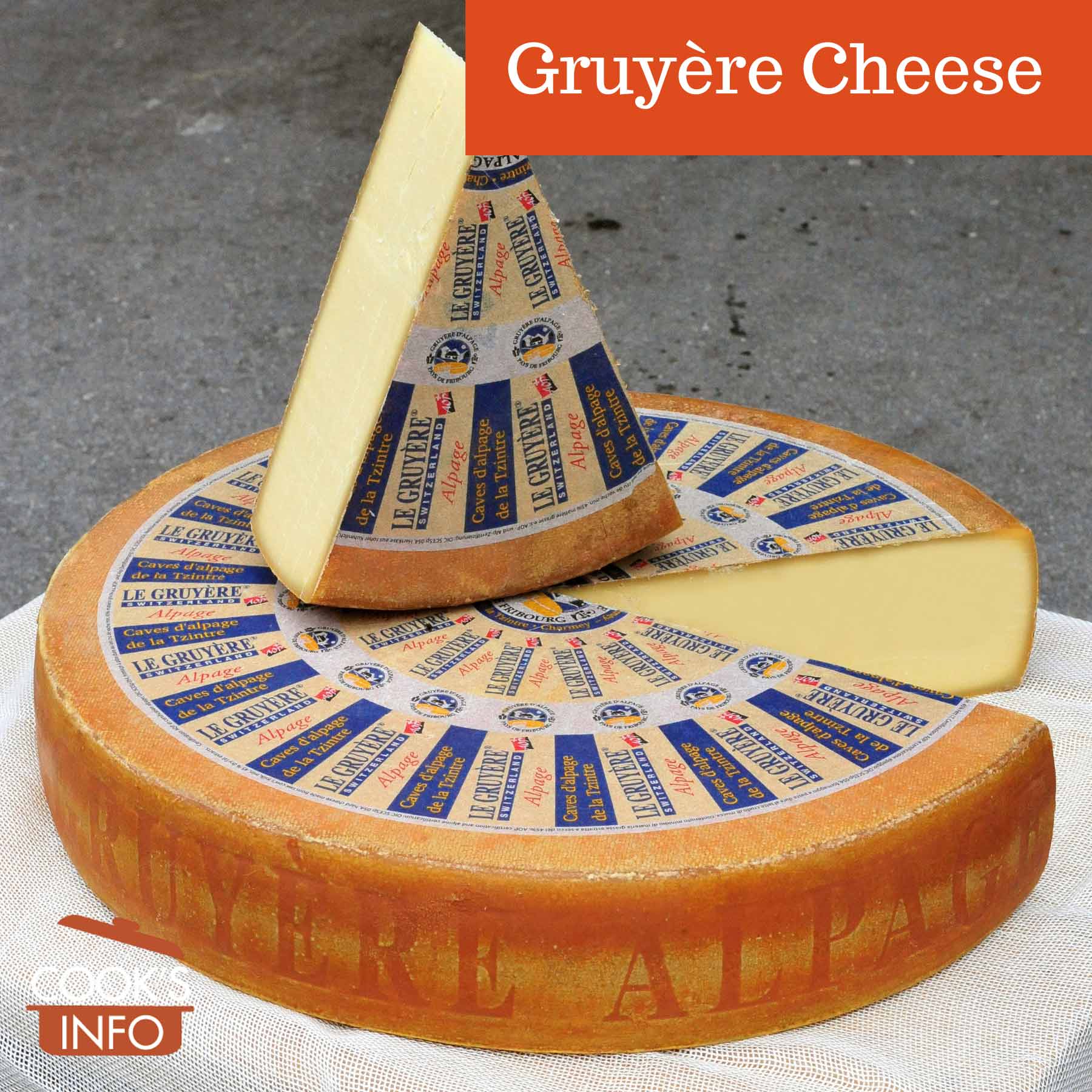 Named after a Swiss village, Gruyère is a hard, pale yellow or ivory-coloured cheese made in large wheels with small holes made from cow’s milk.

The actual colour of the cheese will vary depending on what season the cow’s milk was from. The cheese is semi-firm and pliable. The rind is hard and grainy, ranging in colour from dark golden to brown.

Compared to Emmenthal, the other really well-known Swiss cheese, Gruyère is higher in fat, has smaller holes and is aged longer.

Gruyère is not a protected name. North American manufacturers make versions, as do the French. The French version is often called Gruyère de Comté. The Swiss did begin sometime around 2003, however, to rename their cheese to “Le Gruyère.”

The raw milk is heated to 34 C (93 F), at which point rennet is added. When the milk has curdled, the curd is heated to release the whey from it. The curds are then pressed into moulds, soaked in brine for 8 days, ripened for two months, then aged for anywhere from 3 to 12 months (American-made Gruyère will be aged 3 months; Swiss-made Gruyère is aged a minimum of 5 months.)

A more mature variety is aged for at least a year. The cheeses that are aged longer are a bit more expensive, but will taste better. 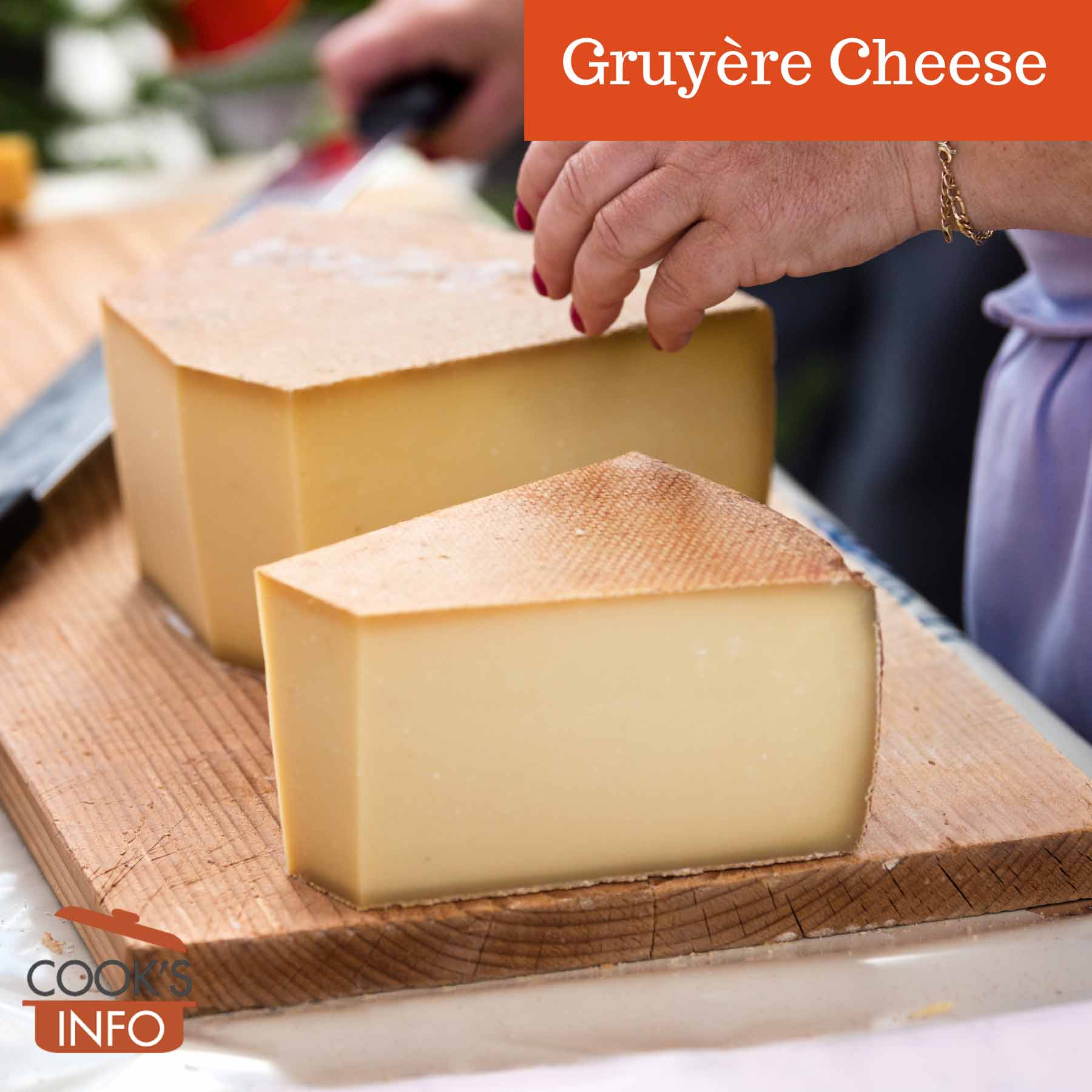 The cheese is named for the Gruyère valley in Fribourg canton in western Switzerland. The main town in this area is also called Gruyères (with an “s”.)

This web site generates income from affiliated links and ads at no cost to you to fund continued research · Information on this site is Copyright © 2023· Feel free to cite correctly, but copying whole pages for your website is content theft and will be DCMA'd.
Tagged With: Swiss Cheeses, Swiss Food