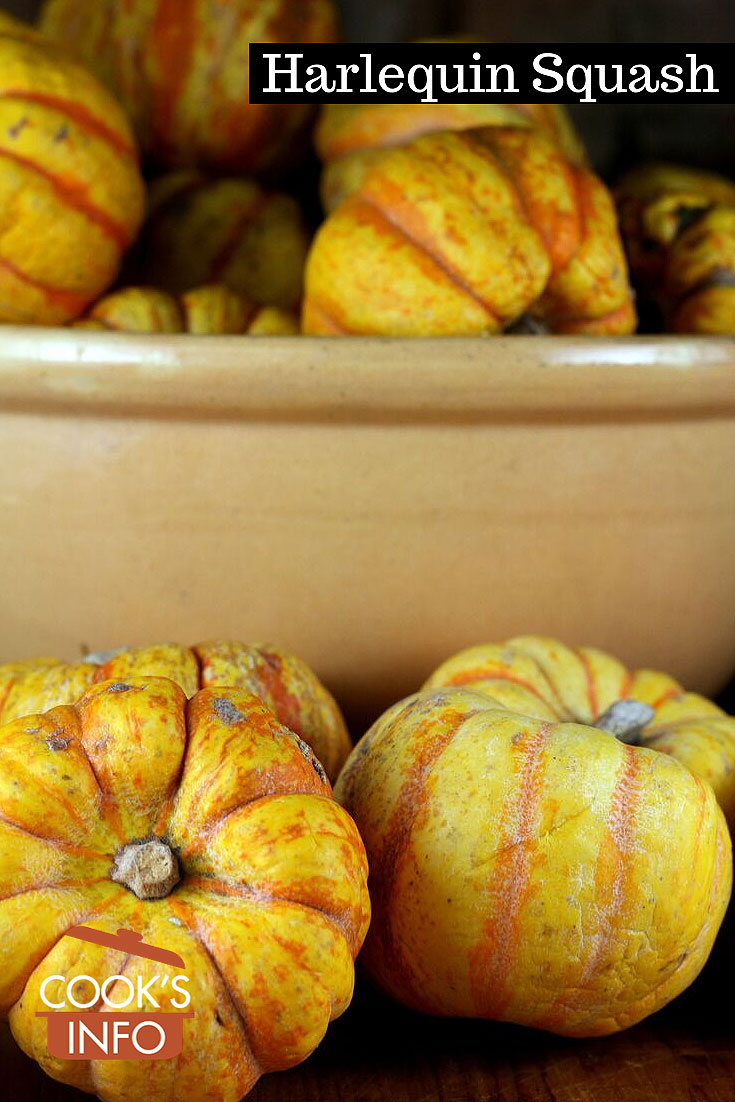 It is small, with a soft rind with yellow, orange and white splodges, with dark green splashes occasionally running up it. Many buy it because it is so pretty.

Inside, it has a very large cavity packed full with seeds and fibre, which is where a great deal of the weight will lay. 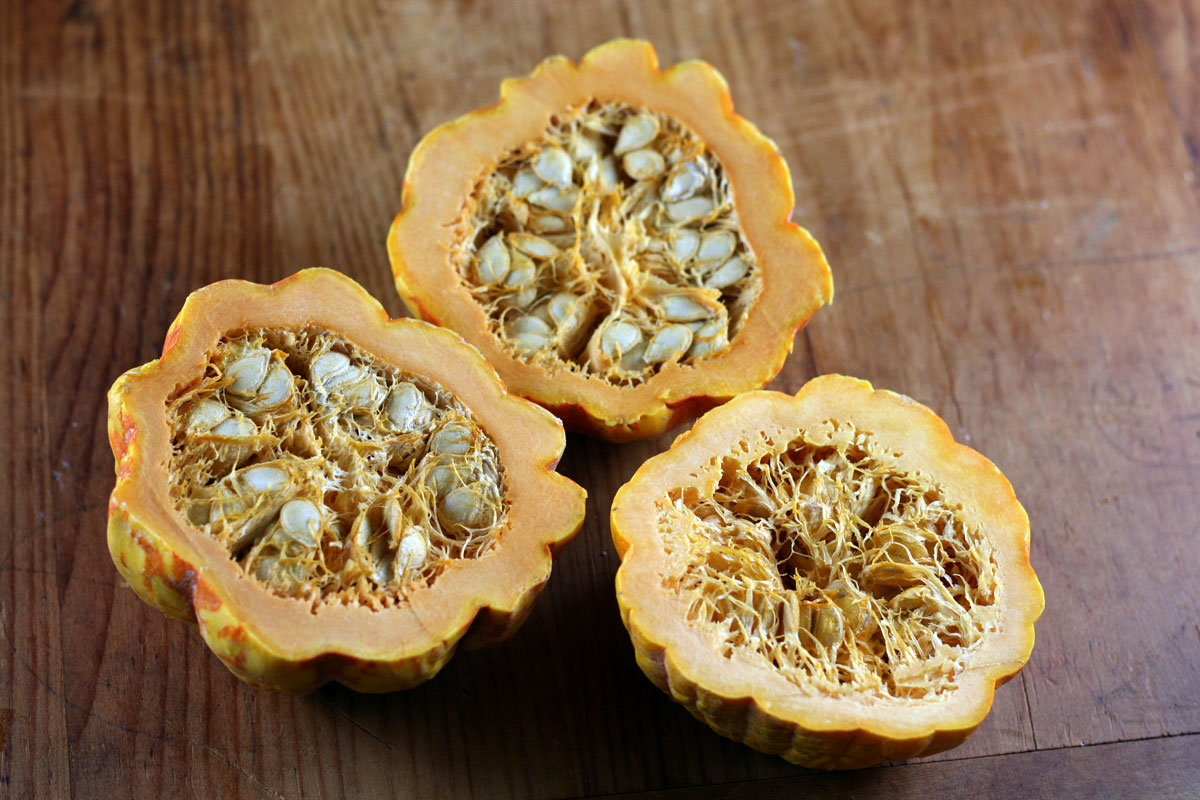 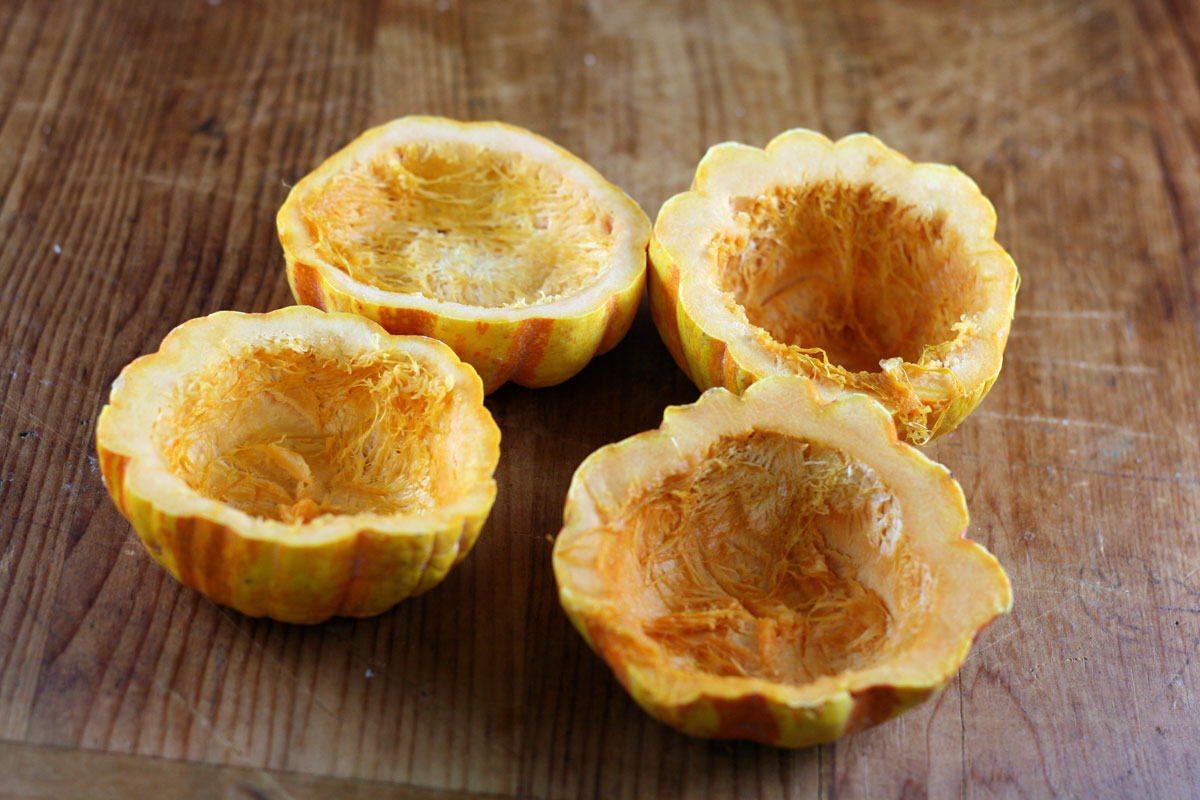 The orangey-yellowish flesh walls are thin, dense and stringy but with good flavour.

It actually doesn’t offer a lot of squash to eat once cleaned.

You may get about five to six forkfuls of squash to eat from one. You have to scrape at the flesh with the tines of your fork to get it off.

As there really is not a lot actually to eat, it’s perhaps best to consider these squashes as shells to be stuffed with a filling such as wild rice and mushroom, etc.

This is not the same as Carnival squash in the UK, as some have thought. That cultivar also named Harlequin is predominantly cream and green coloured.

To cook on its own: wash, cut in half horizontally. Clean out and discard fibre and seed in the cavity. Spray with cooking spray (or brush with oil or melted butter.) Sprinkle with seasonings such as salt, pepper, garlic powder, herbs, etc. Cover with foil and bake at 220 C (425 F) for 30 minutes or until tender. (This is a dense, firm squash so it won’t go as soft as one like butternut will.) 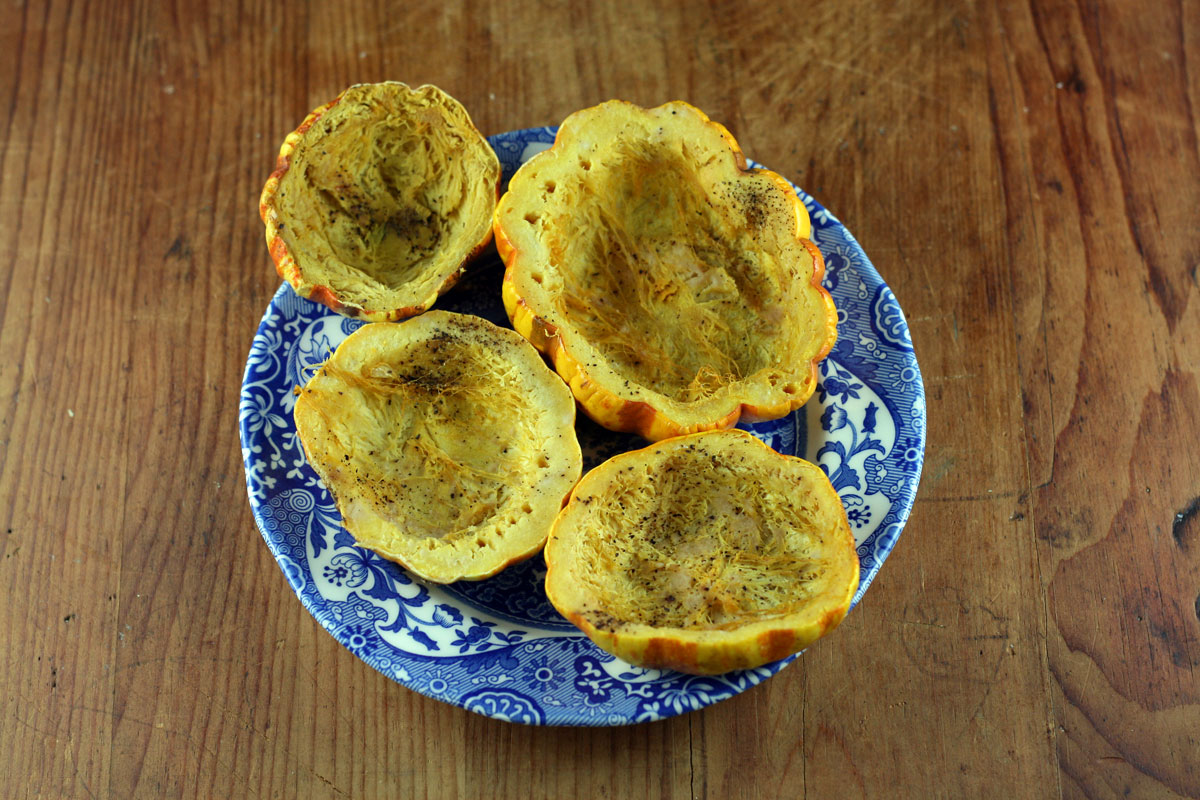 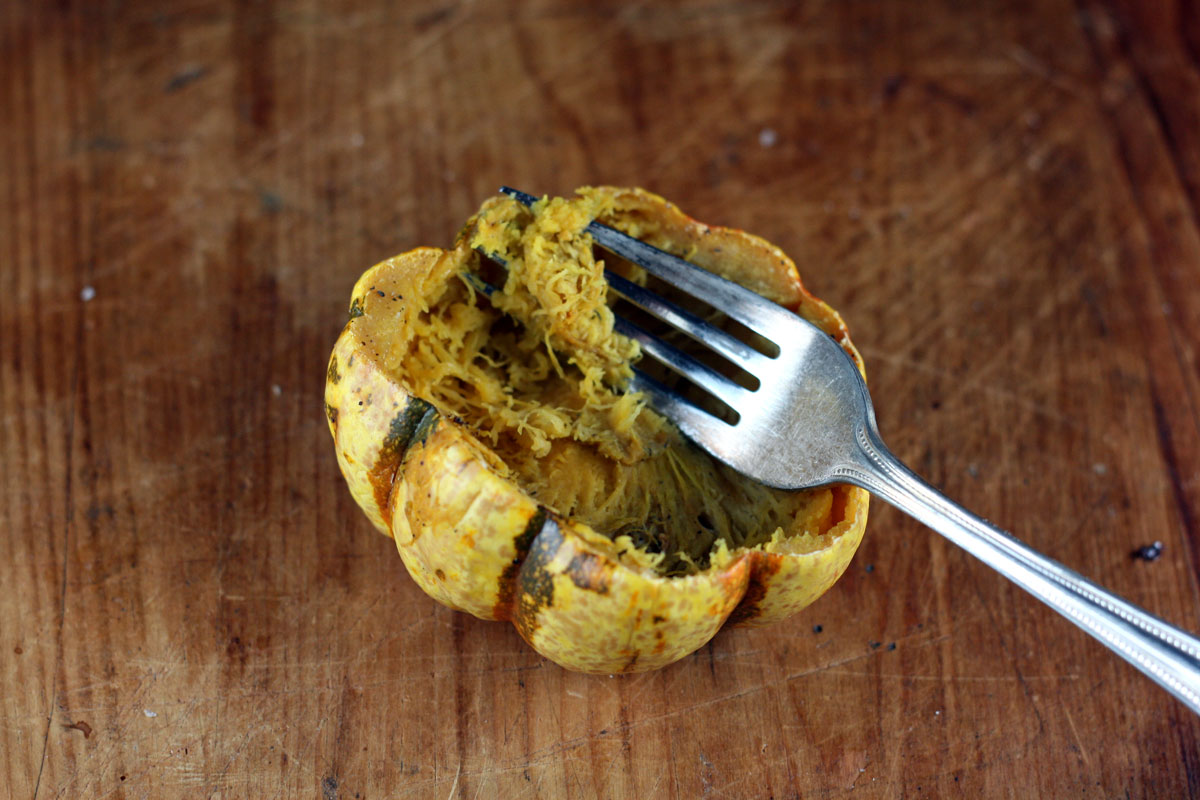 One of the parents was Cornell Bush Delicata Squash.