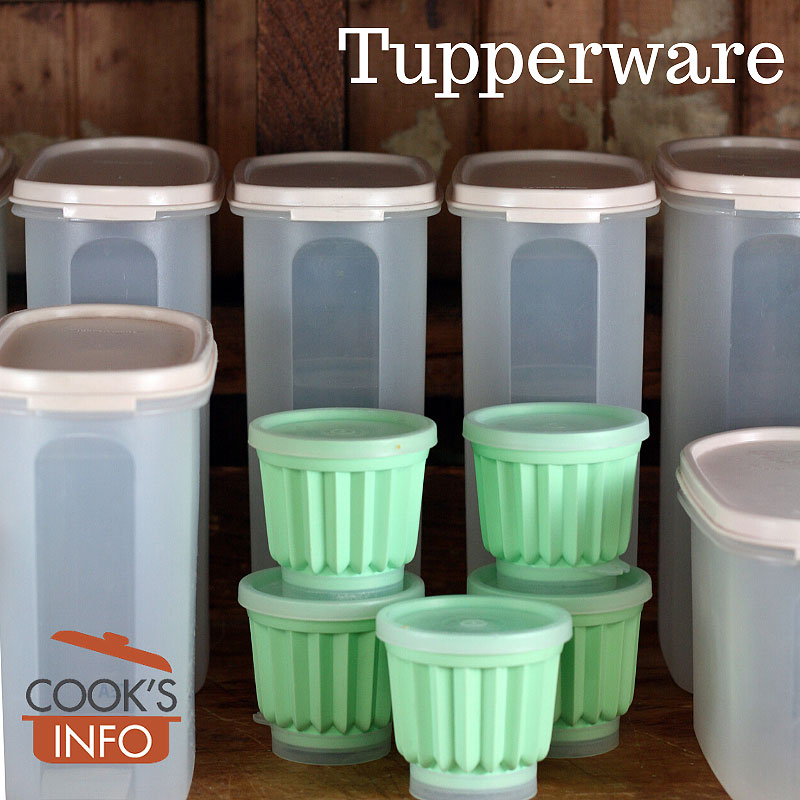 Tupperware® is a brand name of flexible, plastic containers and kitchenware for refrigerated storage of leftover food or foods made in advance, or for dry, shelf-stable foods.

The flexible lids allows air to be pressed out of the containers as you are putting the lids on. This is known by some as “burping” the containers.

Since 2010, Tupperware sold in Canada and the US has been BPA free: “As of March 2010, items sold by Tupperware US & CA are BPA free.”  [1]About BPA & Product Materials. Tupperware. Accessed November 2019 at https://www.tupperware.ca/about-bpa

There is no government health organization in the world today which considers BPA unsafe or even a risk. Consumers’ perception of a risk has been driven largely by bloggers with no scientific, medical, or nutritional qualifications. Even though the source of the concern is a dubious one, it can be hard for health authorities and manufacturers to try to tell consumers otherwise.

Tupperware essentially says that it believes the governmental organizations recommendations about BPA being safe, but despite this, it has to cater to the perceptions of the customer base: “Tupperware follows the recommendations and guidelines of governmental regulatory agencies regarding materials that may be used in our high quality products. The Company also acknowledges the attitudes of consumers regarding products containing BPA.” [2]Ibid.

There is no recommendation from Tupperware or any reputable health organization that anyone should stop using pre-2010 Tupperware. 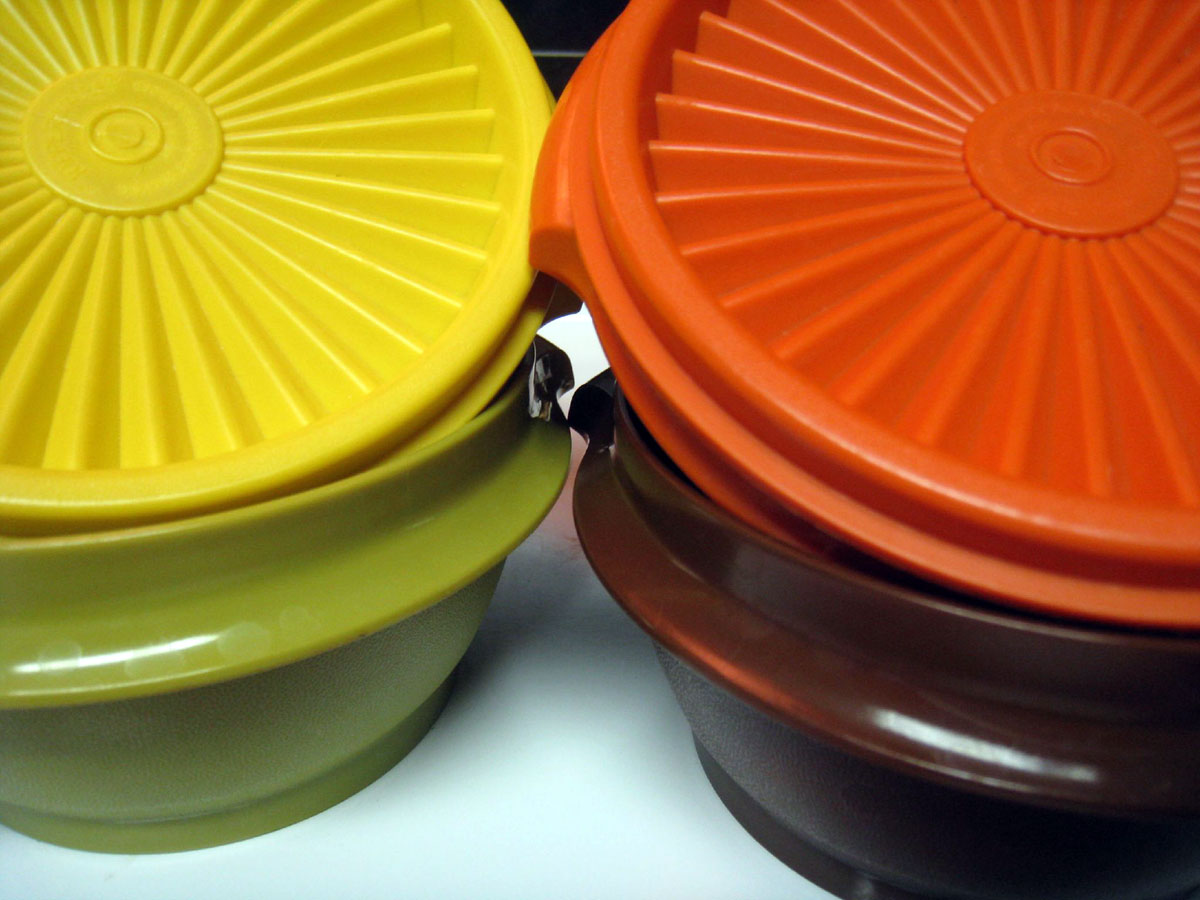 In the 1970s, Tupperware responded to the colour fashions of the time by releasing Tupperware in the popular “harvest” colours. Katy Warner / flickr / 2008 / CC BY-SA 2.0

Tupperware sold prior to September 1979 is not certified to be dishwasher safe. Most Tupperware products after that date are, provided they are put in the top shelf of the dishwasher.

If the containers are sticky or have food stuck on them, soak them in hot, soapy water.

Clean stained Tupperware with a paste made from baking soda with a little water (except for Tupperware with specially printed patterns on it, such as Disney, etc.), or put stained bowls in the sun — either outside or in a window — for a few hours.

Store containers with the lids off. Tupperware makes holders for the lids; the holders mount on the back of kitchen cupboard doors. 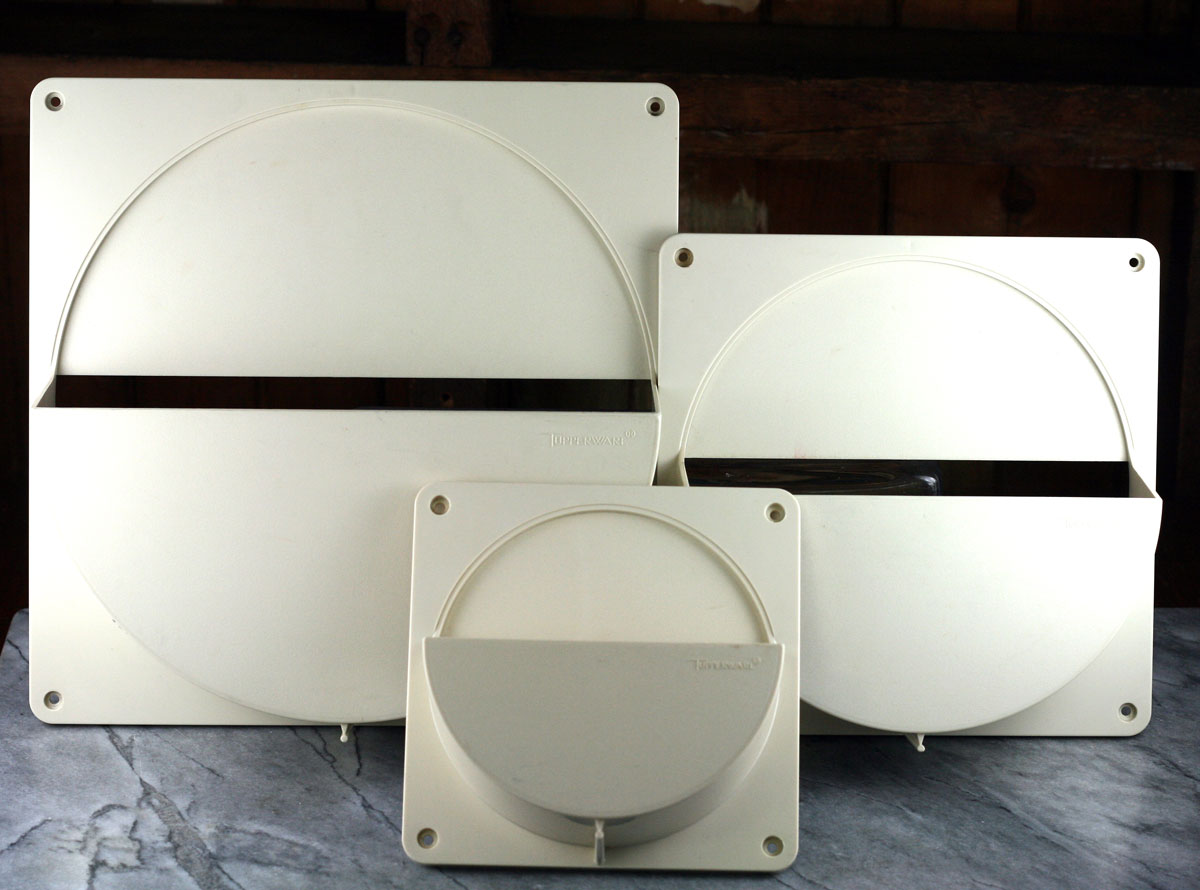 Tupper was born in Berlin, New Hampshire on 28 July 1907. His father was Earnest Leslie Tupper, a farmer. His mother was Lulu Clark Tupper. She ran a boarding house and did a laundry service.

The family moved to Shirley, Massachusetts, where his father set up a greenhouse business. At the age of 10, Earl was helping his father out by selling produce from the farm door to door. In 1925, he graduated from high school, and worked for his father for the next two years. In 1928, he learned tree surgery, and started his own business called “Tupper Tree Doctors”, as well as still helping his father.

In 1931 he married a Marie Whitcomb. They would have five children.

In 1936, his Tupper Tree Doctors business went bankrupt. In 1937, he worked for DuPont in Leominster, Massachusetts for 1 year. Tupper was very curious about plastics, and purchased waste pieces of polyethylene slag from them while working there. He developed a method of purifying the waste, and making it into a useful plastic. With the plastic, he developed his famous Tupper seal lid, based on paint can lids. In 1938, he started the Earl S. Tupper Company in 1938, to promote the DuPont products.

During the Second World War, he switched the focus of his company to sourcing and supplying plastic equipment to the army. At this point in time, plastics were still inferior for home use. They were brittle, and smelled. He made plans to focus on the consumer market after the war, and using his techniques, he developed a home line of plastic products in bright colours. The design of his flexible lids allowed air to be pressed out of the containers. Previous plastic containers had been rigid; his products were soft, flexible, and had a long life. He was also able to create plastic glasses without rims on them.

By 1945, he had made his first trial consumer item, and started sales of it in hardware and department stores. He patented his invention in 1947.

His products didn’t sell well at first, as people didn’t understand how to work the lids, and the stores didn’t do a good job of explaining.

A woman named Brownie Wise in Florida was working for Stanley Home Products selling household products through home demonstrations. Brownie was born Brownie Mae Humphrey in Georgia in 1913. Bonnie had only gone as far as grade 8 in school, and she was a single mother (a son named Jerry, born 1938.)

Brownie sold Tupperware as part of her offerings. Sales from home demonstrations were doing very well, so in 1948 he met up with her, and her Massachusetts partner Thomas Damigella in Worcester, Massachusetts. Together, they planned a home party distribution system, and Tupper hired Brownie to run the party system.

In April 1951, Tupper renamed the company “Tupperware Home Parties”, and later that year, he made Brownie Vice-President of the company. He also yanked his product out of the stores and focused on the home demonstrations. At the end of 1951, he bought land in Kissimmee, outside Orlando, Florida to build a headquarters for his company, with a model kitchen. 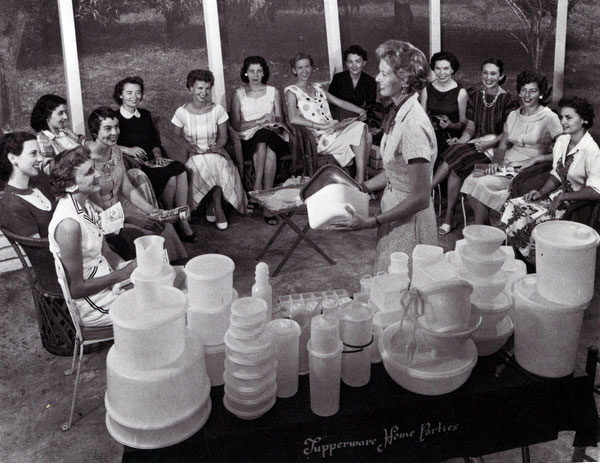 Brownie put a huge emphasis on developing and supporting the sales force out of Florida. Tupper continued to work out of Massachusetts as head of Tupper Plastics, making the products for “Tupperware Home Parties.” Tupper was obsessive about quality, even having his factory floors painted white so that any dirt would show.

Brownie offered prizes and lots of recognition through the company newsletter she called “Tupperware Sparks.” Prizes included trips, cars, mink coats and blenders. Whenever one of her saleswoman from a small town won a prize, she made sure to send publicity material to the local newspapers. By 1954, she had 20,000 women working for her, and she had tripled the company’s sales from 1953 to 1954 alone.

In 1958, Tupper’s business relationship with Wise went sour. The press always focussed on her, and Tupper resented that. She had also become “high-handed”. She resented his micro-management. He fired her in January 1958, giving her nothing other than one year’s salary as thanks for building the company.

Wise tried her hand at other small businesses over the years. She died in Kissimmee, Florida in 1992.

Sale of Tuppware to Rexall

In 1958, Tupper sold the company to Rexall for $16 million. Justin Dart of Rexall was put in charge. Dart let operations continue as Wise had set them up.

Tupper eventually gave up his American citizenship and moved to Costa Rica for tax reasons. The patents on many of his designs ran out in the 1980s. He died in Costa Rica on 5 October 1983. 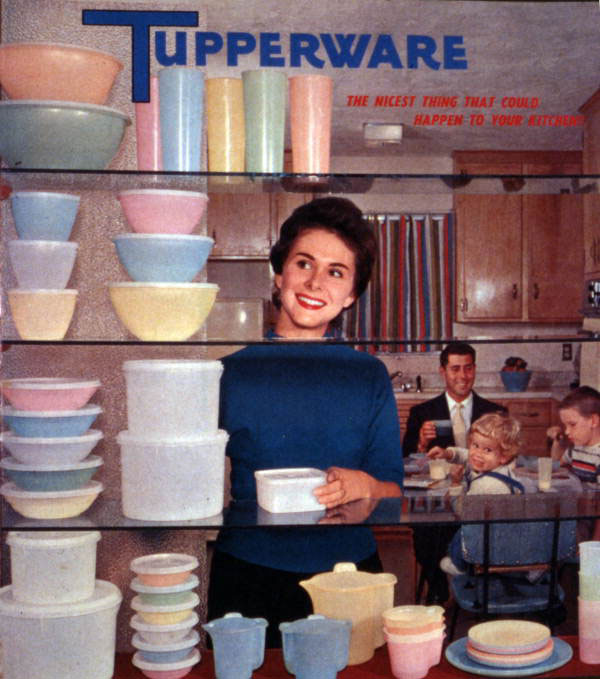