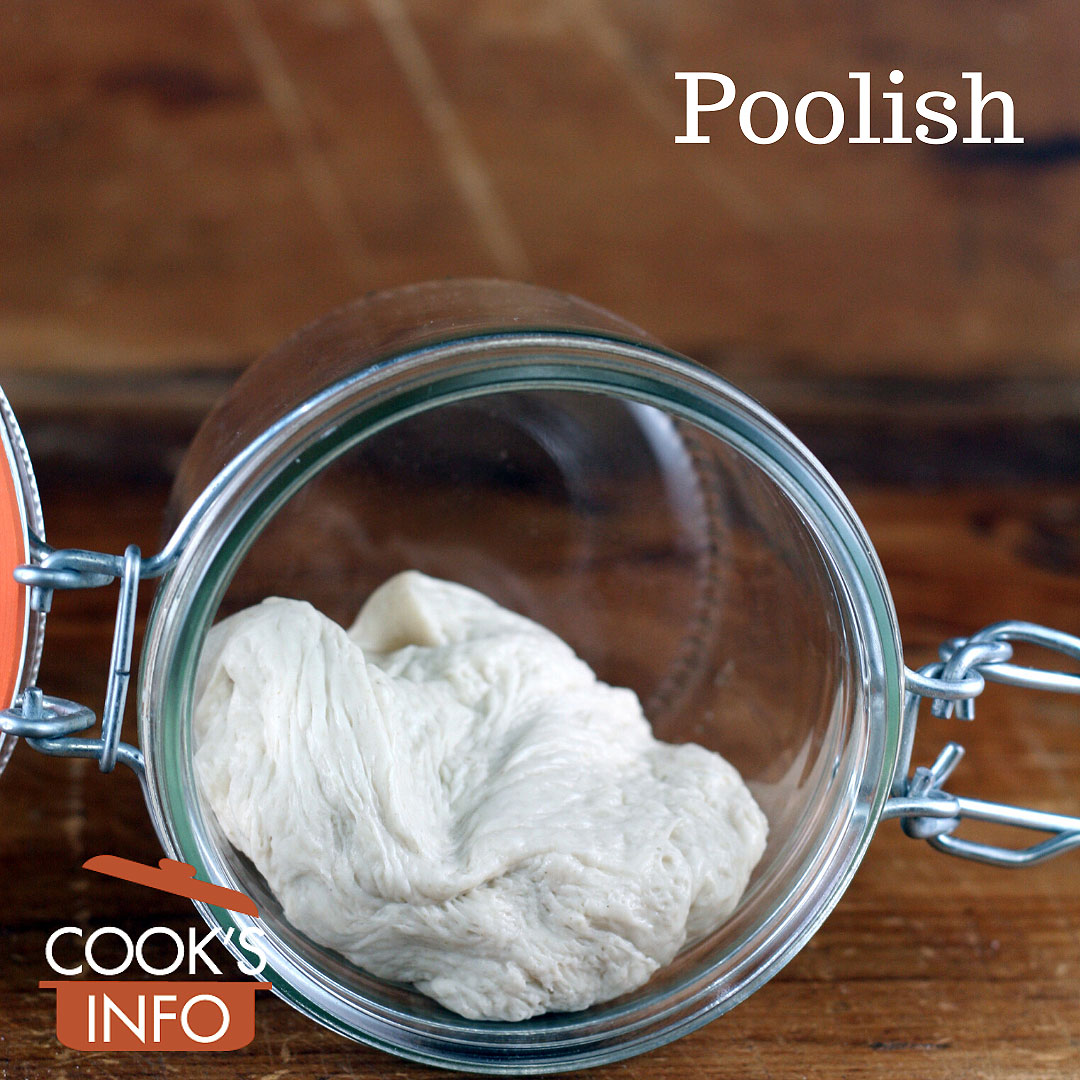 Poolish is a starter leavener made from equal amounts of flour and water with a small amount of yeast added. You let it rise until it’s about double in size. This should take about 2 ½ hours tops at room temperature.

There are other variations to the recipe, which change the amounts of flour, water, and time which should be allowed for it to rise, sometimes requiring overnight.

When the poolish is ready, you use all of it in making your bread by adding in your other ingredients such as more flour, water, salt, etc.

When used instead of a sourdough-type starter, it makes a bread that is lighter, finer, and sweeter, because it does not have the sour or acidic tang of a starter.

Beginning with a poolish is still considered the method of choice for making French baguettes.

The method was developed in Poland, possibly by the 1830s, at the time when baker’s yeast became commercially available. From Poland, it was adapted by the Austrians, and then brought to France where it was first used in making “pain viennois”.

This web site generates income from affiliated links and ads at no cost to you to fund continued research · Information on this site is Copyright © 2022· Feel free to cite correctly, but copying whole pages for your website is content theft and will be DCMA'd.
Tagged With: Baguettes, French Food, Poolish