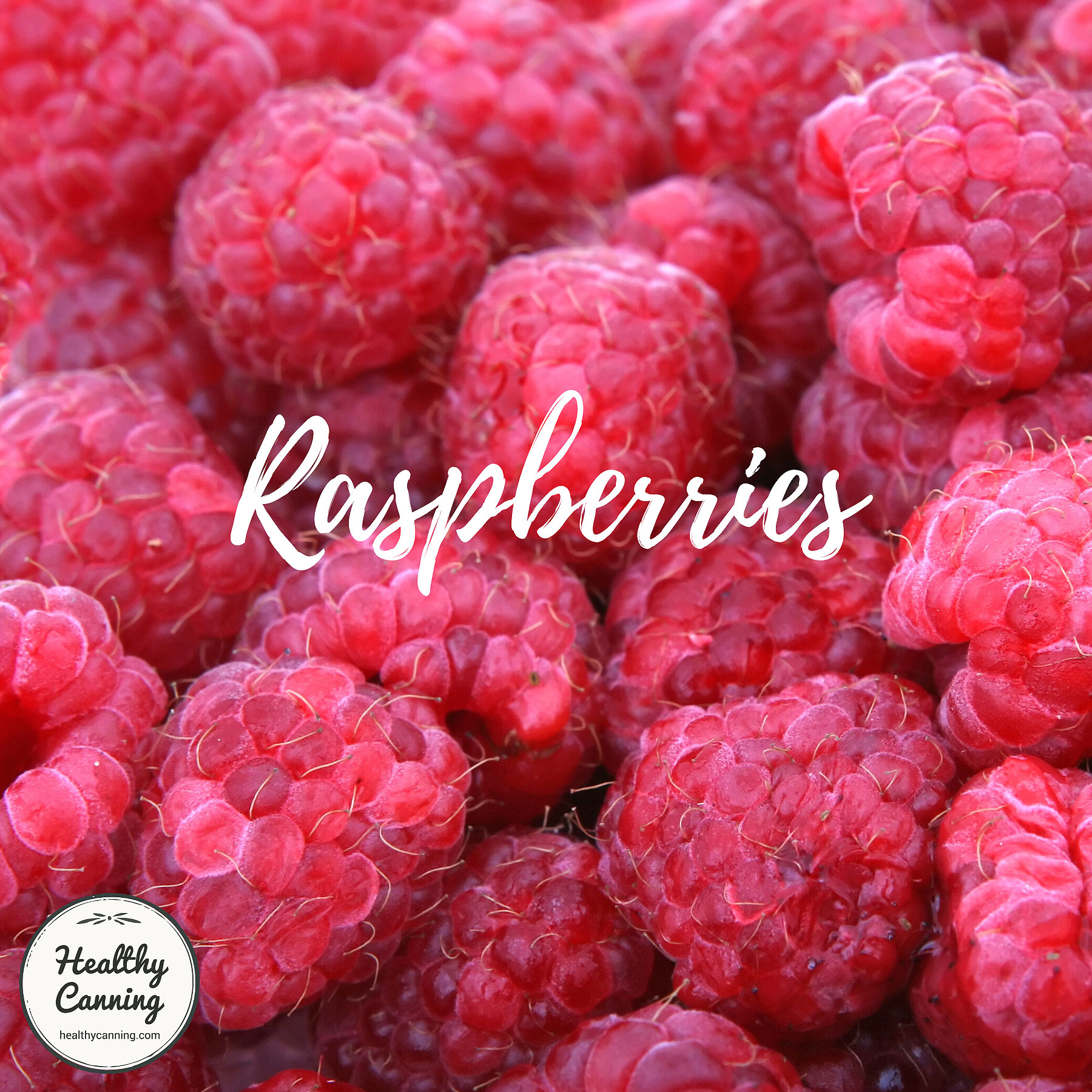 Raspberries are sweet, very soft berries. They can be white, yellow, orange or black, but the most common are, of course, red.

A raspberry is actually a cluster of fruit

When buying raspberries, sniff out the ones that are fragrant. If a berry has a stem attached, that’s a sign that it was picked too early and won’t have developed its flavour. And don’t look just at the top layers of fruit in the packages; do what you have to in order to see what state the bottom layers are in.

Raspberry canes are very aggressive, assertive growers, almost “invasive” if you are trying to contain their growth to a certain area, and can out-compete just about any weed.

This video shows unripe raspberries, about a week away from being ready to pick. While they are unripe, they will be a dull whitish-brown in colour. For a good quality raspberry crop, they require regular watering while the fruit is setting and ripening, or the berries will be small and mean.

The following video shows raspberries in various stages of ripening. The canes are growing in an untended plot, but notice how they have handily seen off any competition from the weeds.

Two-thirds of the raspberries in the UK are grown in Scotland, with production centring on Tayside.

Wash in cold water and drain. You can purée them in a food processor, and if you wish to remove the seeds, then strain through a sieve. (The seeds are perfectly edible, of course, and a very good source of dietary fiber.)

Frozen raspberries will thaw into moosh, so use for cooking or sauces. No need to thaw first before using.

The weight of a cup of raspberries will vary based on the size of the berries. The small the raspberry, the more will fit into a cup, and thus the more the weight of that cup

Raspberries don’t last very long once picked; they’ll store for only a day or two after they reach the stores.

In fact, within one afternoon to the next, they can turn from little gems into mooshy and mouldy goo.

Once you get them home, remove any crushed berries as they will develop mould which will spread quickly. Don’t wash before storing, as the damp will encourage mould.

Refrigerate and use within 2 days. If you need them to look totally perfect when you go to use them later, tip them out of their container and spread out in a single layer on a plate, cover with dry paper towel (to absorb excess moisture), then plastic wrap, and refrigerate. The single layer will prevent ones on top from squishing ones below them.

Freezing them is easy. Wash, spread them out on a plate or baking sheet, place in freezer until the berries are frozen solid, then tip into a freezer bag or container, and freeze for up to 12 months. This is called a “dry, unsweetened pack.” With no sugar added before freezing, it leaves them completely flexible for whatever use you have for them in the future.

Raspberries are believed to be native to Asia. The Romans were growing them by the 4th century BC, and spread them throughout Europe. The British brought them to America when they settled the New World.

Black raspberries were already found growing on the eastern seaboard of America by settlers.

In Greek mythology, raspberries were white until a nymph (named Ida) pricked herself on the thorns and her blood coloured them red.

The rasp part of the name comes from a Scottish word for furry, reflecting the furry outside. As in, raspy, or the woodworker’s tool called as “rasp.”