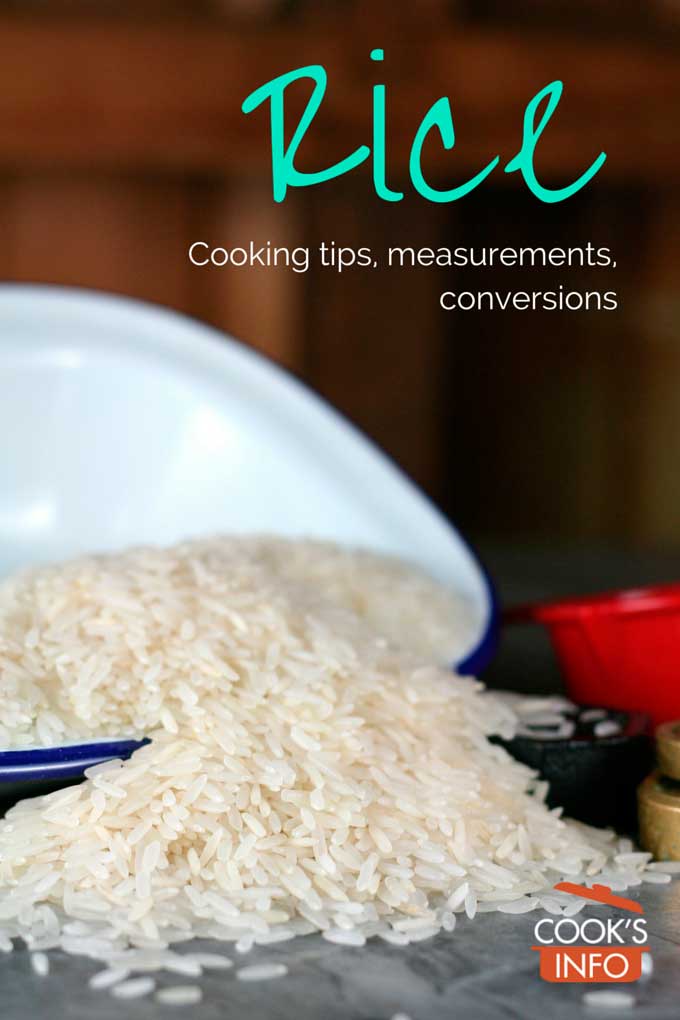 Rice is a grain that, just like wheat, is a member of the grass family. The stalks grow anywhere from 60 to 180 cm (2 to 6 feet) tall, and bloom with flowers that produce the grain as its seed.

In Europe, it is grown in Northern Italy, and in some parts of Spain. It is, of course, also grown throughout Asia.

Contrary to popular belief, rice doesn’t grow only in rice paddies — fields flooded with water. Some varieties of rice also grow on hills.

For the most part, rice is described based on the size of its grain, and the degree of processing it has had.

Whenever a recipe or someone refers to “rice”, unless they specify a type, what is meant is white rice.

The answer to the question of “how much rice to cook” starts with the debate about what constitutes a serving size. The Dietary Guidelines for Americans people are really skimpy in their allowance. Weight Watchers® is more generous. Still, both probably fall short of what constitutes a serving in real life in people’s minds. See the Equivalents section below for the guidelines.

See Equivalents section below for how much white rice to cook.

How to cook rice

Cooking rice in pot by boiling

Cooking rice in pot by sautéing before boiling

Heat 1 tablespoon of fat (such as oil or butter) in a large saucepan over medium-low heat. Pour in 1 cup (8 oz / 200 g) of uncooked rice, stir around to coat, and cook until rice turns a bit transparent, about 5 minutes. (Optional: for a nuttier tasting rice, brown the kernels a bit by cooking them a bit longer until they just start to brown.) Slowly pour in 2 cups (16 oz / 500 ml) of already boiling water from the kettle, stir in 1 teaspoon of salt if desired, cover, and then cook for 15 minutes.

For either pot method

Cooking rice in a pressure cooker

Laura Pazzaglia, author of Hip Pressure Cooking (affiliate link), is understandably a big advocate for cooking rice in a pressure cooker. She maintains you can get worry free rice faster, and using less energy. Though a pressure cooker is fast, she cautions not to try to rush it any further with a quick release of pressure at the end. She says the slower, natural release is vital for proper cooking of the rice.

“Opening the pressure cooker with the 10-Minute Natural Release is an essential part of most grain recipes because during this release, the steam in the cooker continues to cook the grains. Even after the pressure has gone down and the cooker is closed, the steam is continuing to cook the grains. If the pressure cooker is opened right after pressure cooking, the grains will be underdone. But letting the steam do its work without any additional heat, which might cause scorching or overcooking, ensures perfectly steamed, piping hot grains. Stovetop cookers: This applies to you, too; leave the cooker closed until the full 10 minutes have elapsed even if the signal shows that all of the pressure has gone down.” [1]Pazzaglia, Laura. Hip Pressure Cooking. New York: St Martin’s Griffin. 2014. Page 139.

For all of the following directions, put rice and other ingredients straight into pressure cooker base. Ingredients may be doubled or tripled provided that, for safety, you do not exceed half the volume capacity of your pressure cooker.

The following rice cooking advice is from Laura Pazzaglia. (To pressure cook other types of rice, consult the  Hip Pressure Cooking website or book.)

Bring pressure cooker to high pressure. Cook on high for 4 minutes whether stovetop or electric machine. Natural release. Fluff rice with a fork.

Take rice, rinse in a strainer, set strainer with rice in a large bowl of water and let soak for 10 to 15 minutes. Then lift strainer to drain rice, and proceed with the following directions:

Bring pressure cooker to high pressure. Cook on high for 3 minutes whether stovetop or electric machine. Natural release. Fluff rice with a fork.

Wholegrain and brown rice are just two different names for the same grain of rice.

When the rice grain is husked, the rice is brown in colour. This is what is known as wholegrain or brown rice. Further refining to make the white rice removes the brown exterior.

Brown rices are more nutritious than white because the brown layer retains some of the nutrients found in the husk.

Rice has absolutely no gluten.

Rice measurements, equivalents and yields are very imprecise, being dependent on so many factors including even — literally — the weather. It just depends essentially if you want to err on the side of calorie-control, or generosity.

How much uncooked rice equals how much cooked rice

How much white rice to cook for a single person

There are two different serving-size suggestions from the dietary professionals, one smaller and one a bit larger.

The Dietary Guidelines for Americans (2015 – 2020 edition, Appendix 3) suggests the first, smaller amount. The larger amount is offered up by Weight Watchers® and other dietary sources as of 2015, and while probably closer to the minimum that people are going to actually have, will likely still seem skimpy to many people.

How much white rice to cook for a crowd

The following is based on the serving amount of 150 g (1 cup / 4 oz ) for long-grain white rice. Even so, it does not allow for generous servings, second-helpings, or left-overs. To allow for that, or when cooking for larger numbers, it is probably advisable to plan for a few extra servings.

Store dried, uncooked rice in a sealed container in a dry, cool place. With the exception of brown rice, rice will keep indefinitely.

Refrigerate leftover cooked rice in a sealed container within an hour of cooking; do not let stand out longer — there are documented instances of food poisoning having occurred with cooked rice left out of the fridge (see Nutrition Notes below.) Use with 3 to 5 days.

You can freeze cooked rice for up to a year. Freeze it in meal size portions, rather than in one huge lump, so that you can haul it out of the freezer for adding to soups or casseroles, or even just to serve on the side.

It is a myth that leftover cooked rice is inherently dangerous to eat. However, it is true that it needs to be promptly refrigerated so that it does not become so:

“Rice and other grains can carry spores of the bacterium Bacillus cereus. Like other spores, Bacillus  spores will survive the rice-cooking process. If the cooked rice is not properly cooled, then the Bacillus spores can germinate and produce a toxin that can make a person sick. The myth about not reheating rice, or not eating reheated rice, is most likely linked to illness that people have experienced from eating cooked rice that was improperly cooled; reheating would not destroy the toxin and so people got sick from ‘reheated’ rice.” [2]Ingham, Barb. Safe handling of cooked rice. University of Wisconsin. Blog posting 5 April 2019. Retrieved April 2019 from https://fyi.extension.wisc.edu/safepreserving/2019/04/05/safe-handling-of-cooked-rice/.

Rice is probably native to both China and India.

“Three pound of sugar, five pound of currants, rice… what will this sister of mine do with rice?” — Clown. The Winter’s Tale, Act IV, Scene 3. Shakespeare. 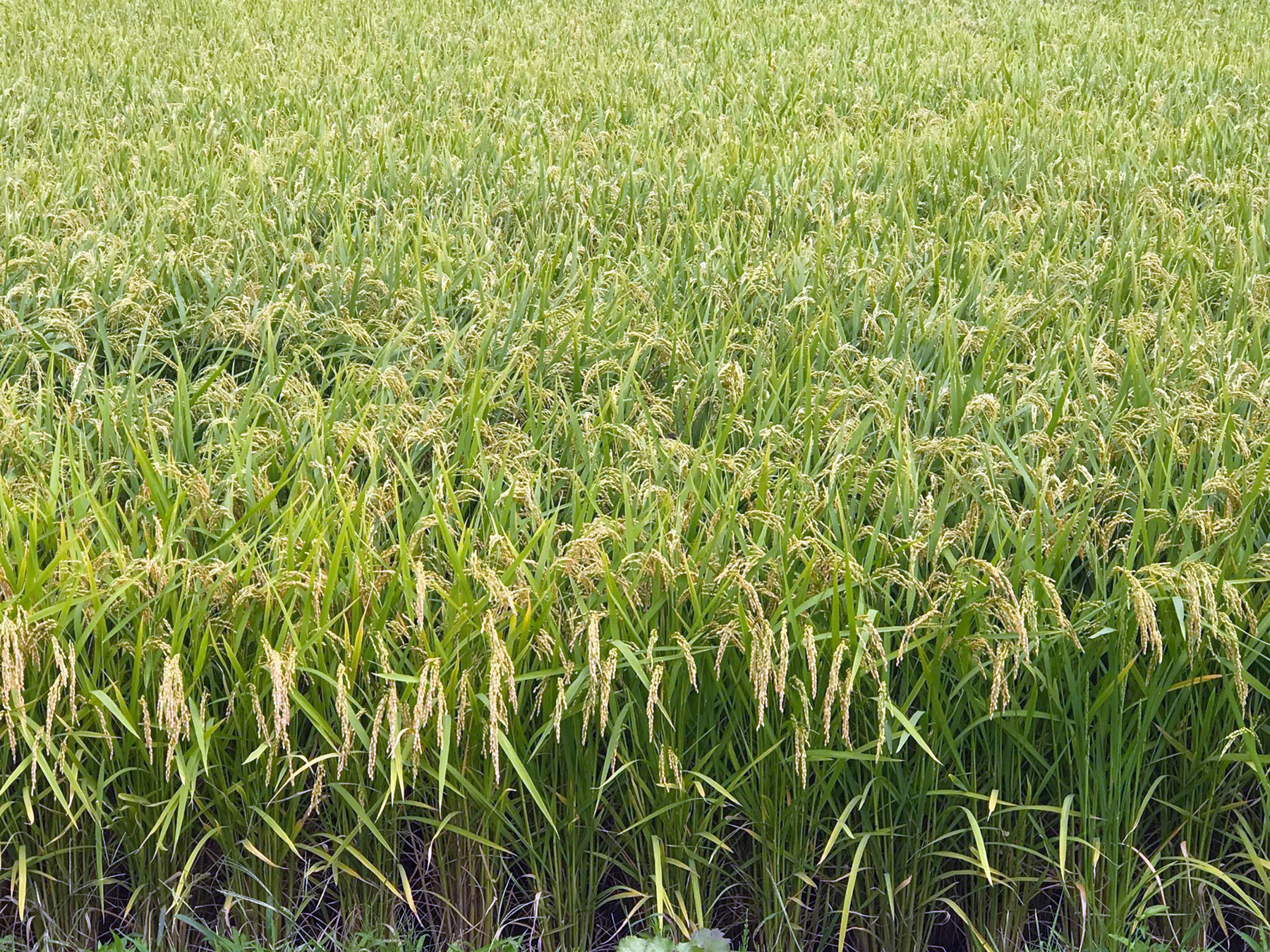 Bomba and Calasparra rice are types of paella rice . They are grown around the town of Calasparra, in Spain in the Murcia mountains neighbouring Valencia. The rice is grown along the Segura River, which brings cold water from the top of the mountains.... 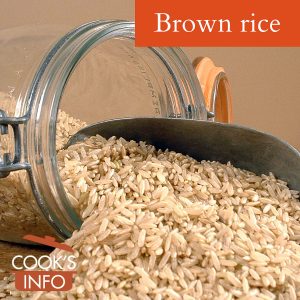 Brown rice has a lovely, slightly-nutty taste and a chewy texture that is really nice, though it won't fluff up quite as much as white rice will, and won't get quite as tender. Brown rice is not a particular variety of rice. It can be any type of... 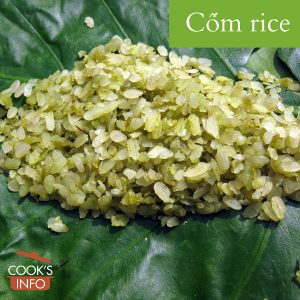 Cốm rice is a Vietnamese sticky rice. It is harvested while it is still young and green, then roasted, crushed and sieved. The village of Dịch Vọng in North Vietnam is known for it. Cốm rice can be made into sweet rice cakes, a milk soup called "Chè  C... 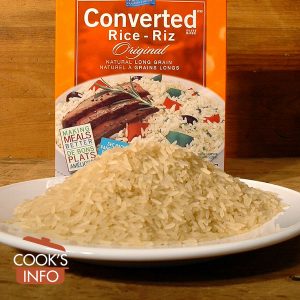 Converted rice is a processed form of rice. It is made by soaking whole, unhusked grains of rice in water, then steaming them. This causes much of the nutrition and the taste from the bran and husk to go into the grain. Then, it is dried, and... 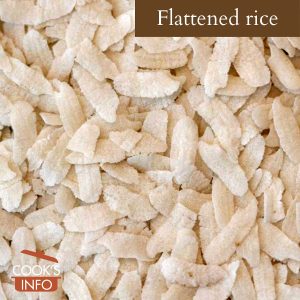 Instant rice is white rice that has been precooked, and then dehydrated, and packaged. It takes only about five minutes at home to prepare it. 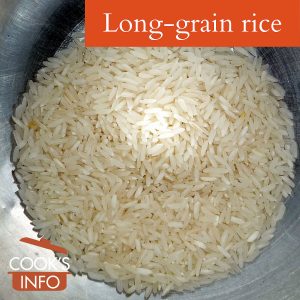 Long-grain rice is a generic term for a category of rices. These rices have the longest kernels of all the rices, about 4 to 5 times as long as it is wide. 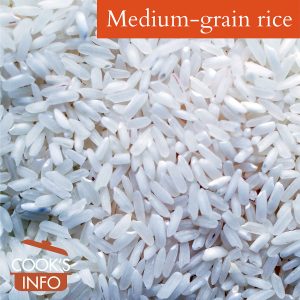 Medium-grain rice is a generic term, describing rices that are thicker and shorter than long-grain rices. They have a higher starch content, cooking up a bit sticky and moist, which makes them ideal for dishes such as paellas and risottos. 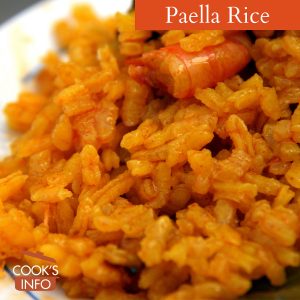 Paella rice is a category of rice, rather than an actual variety or cultivar. The term indicates rice that is good for use in the Spanish dish known as "paella ." What is paella rice Paella rice will have roundish, medium-short grains with a high... 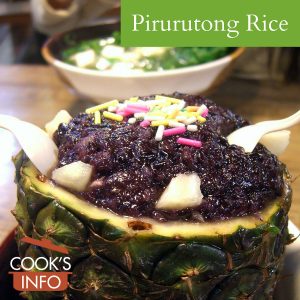 Pirurutong rice is described as being purple, but it is actually a brownish-violet colour. It is very aromatic, and cooks up soft and sticky. It can also be ground into a flour, which is used in making the Christmas rice cakes called "puto bumbong"... 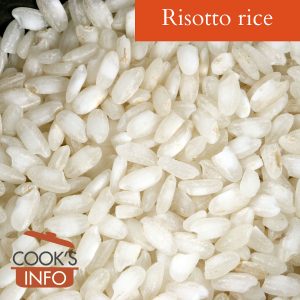 Risotto rice refers to a category of rices well-suited because of their properties to be used in the Italian dish known as "risotto ." All risotto rices are a short-grain rice or medium-grain rice that is quite fat and very starchy, so that the... 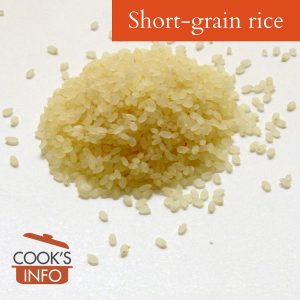 Short-grain rice is a generic term for rices that are so short in length that they are almost round. They absorb a lot of liquid and release a lot of starch, making them ideal for recipes where you want a creamy mixture, such as risotto or rice pudding... 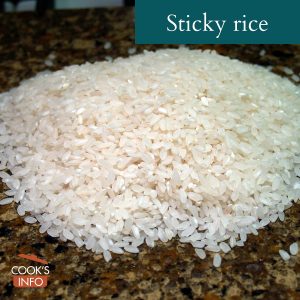 Sticky rice is a generic term for rice that is sticky when cooked. Different cultivars of rice in this category are grown throughout Asia. The actual rice can be white, brown or black; white sticky rice will turn a translucent white when cooked. All... 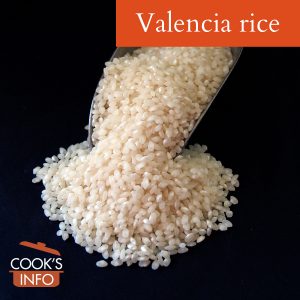 Valencia Rice is rice that is grown in Valencia, Spain. Valencia is a seaport in Spain; Valencia is also the name of the province that that city is in. Note that the term is a geographic one, indicating a region of origin, rather than indicating a...

White rice has a far longer storage life than brown. That was a very important factor in the lives of ordinary people when just having anything on hand to feed the family was a critical survival factor. 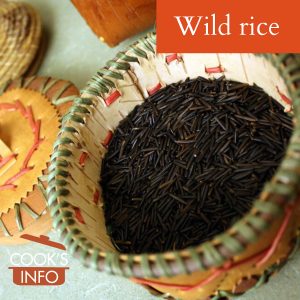 Wild rice, in the sense that North Americans know it, is not a true rice. It's actually the seed of an annual water grass (Zizania aquatica) which is native to North America.