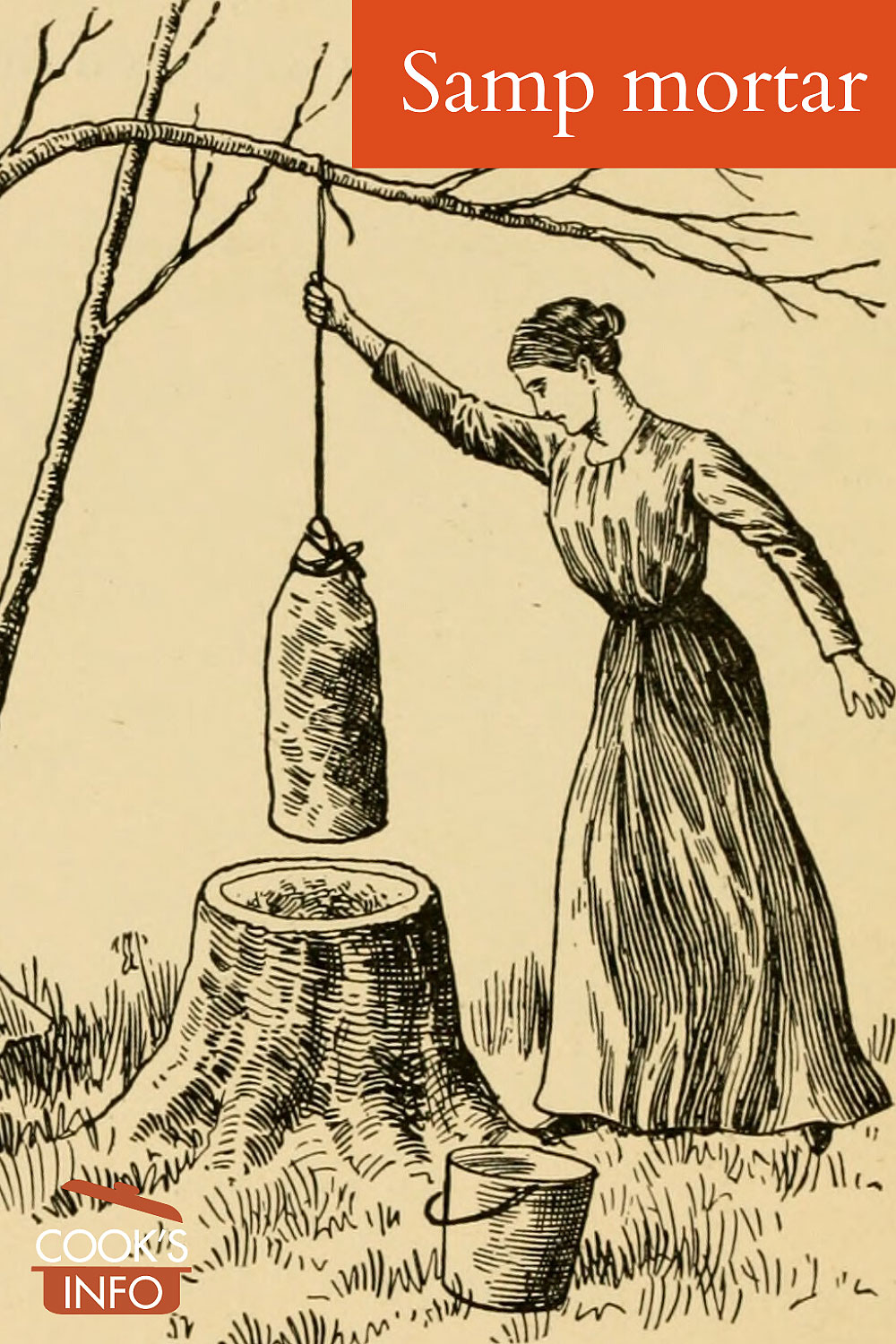 A samp mortar is a tool for grinding dried corn (maize.) The resultant ground cornmeal product would be called “samp.”

The tool was made from the stump of a tree (ideally, white oak or pine) burned hollow, scraped clean and polished. You aimed to make your hollow an inverted conical shape — the fire could be guided by holes drilled in the stump.

Ideally, the tree stump would have nearby a healthy sapling tree, or a strong but flexible tree branch. If so, you’d tie a block of white oak to the sapling or branch.

Otherwise, you’d make a sweep coming off a post and hang the pounder off that.

You worked the device like a piston, with whatever you’d hung the pounder on acting as a spring to lift it back up for you to ease the work. Still, it could take half a day to grind up half a bushel of corn into cornmeal.

They were used in Canada and in the United States. Some small towns would make a public one for everyone to use in the public square. 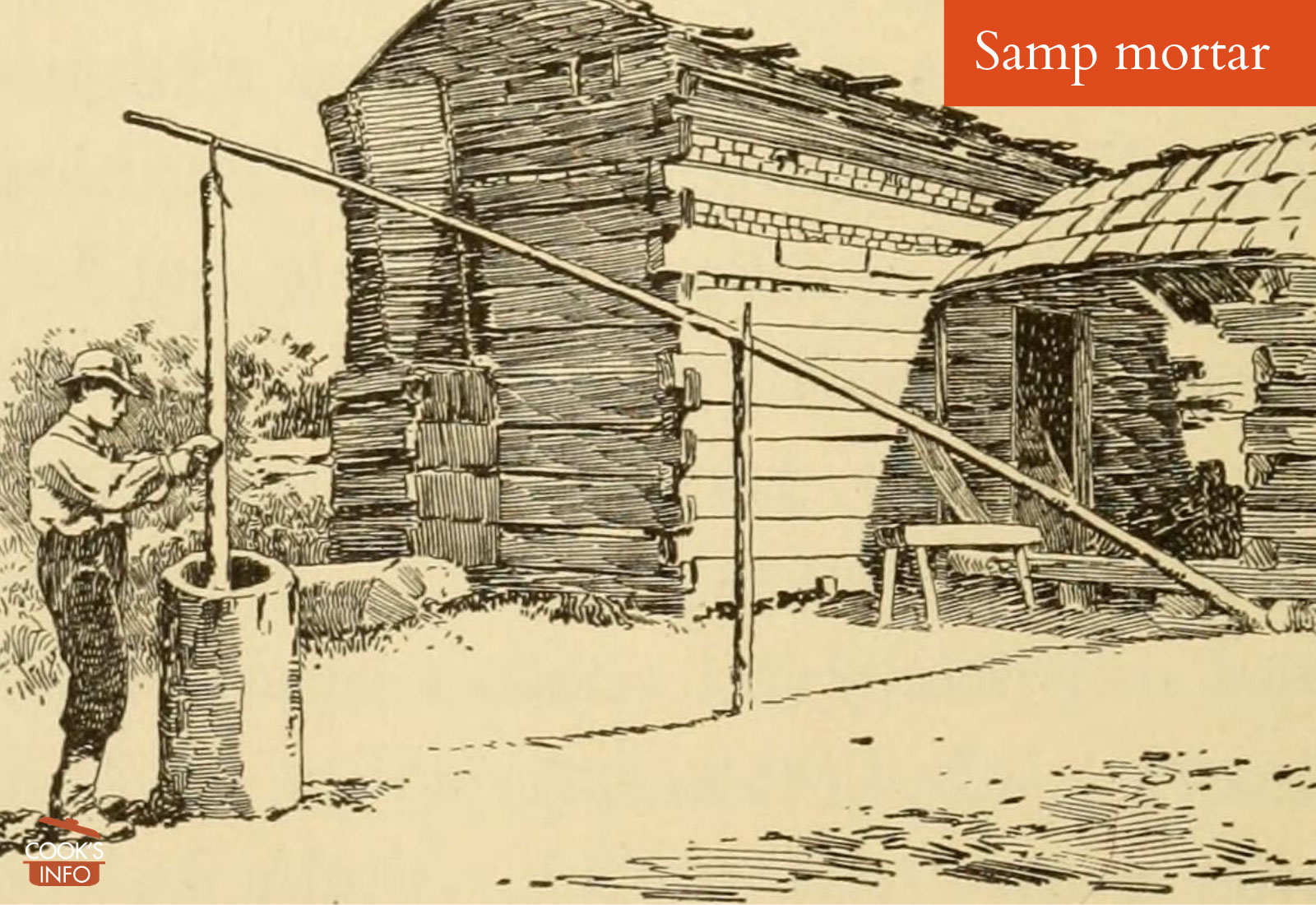 ‘[The corn] was then pounded in a mortar—the hollowed-out end of a stump. The pestle might be worked by hand entirely, or it might be suspended from the end of a long pole that pulled it up after each downward stroke.’ From: “The story of agriculture in the United States”. Albert Hart Sanford. (Boston: D.C. Heath & Co. 1916.) Page 124.

This web site generates income from affiliated links and ads at no cost to you to fund continued research · Information on this site is Copyright © 2022· Feel free to cite correctly, but copying whole pages for your website is content theft and will be DCMA'd.
Tagged With: Cornmeal, Mortar and Pestle, Samp, Treen