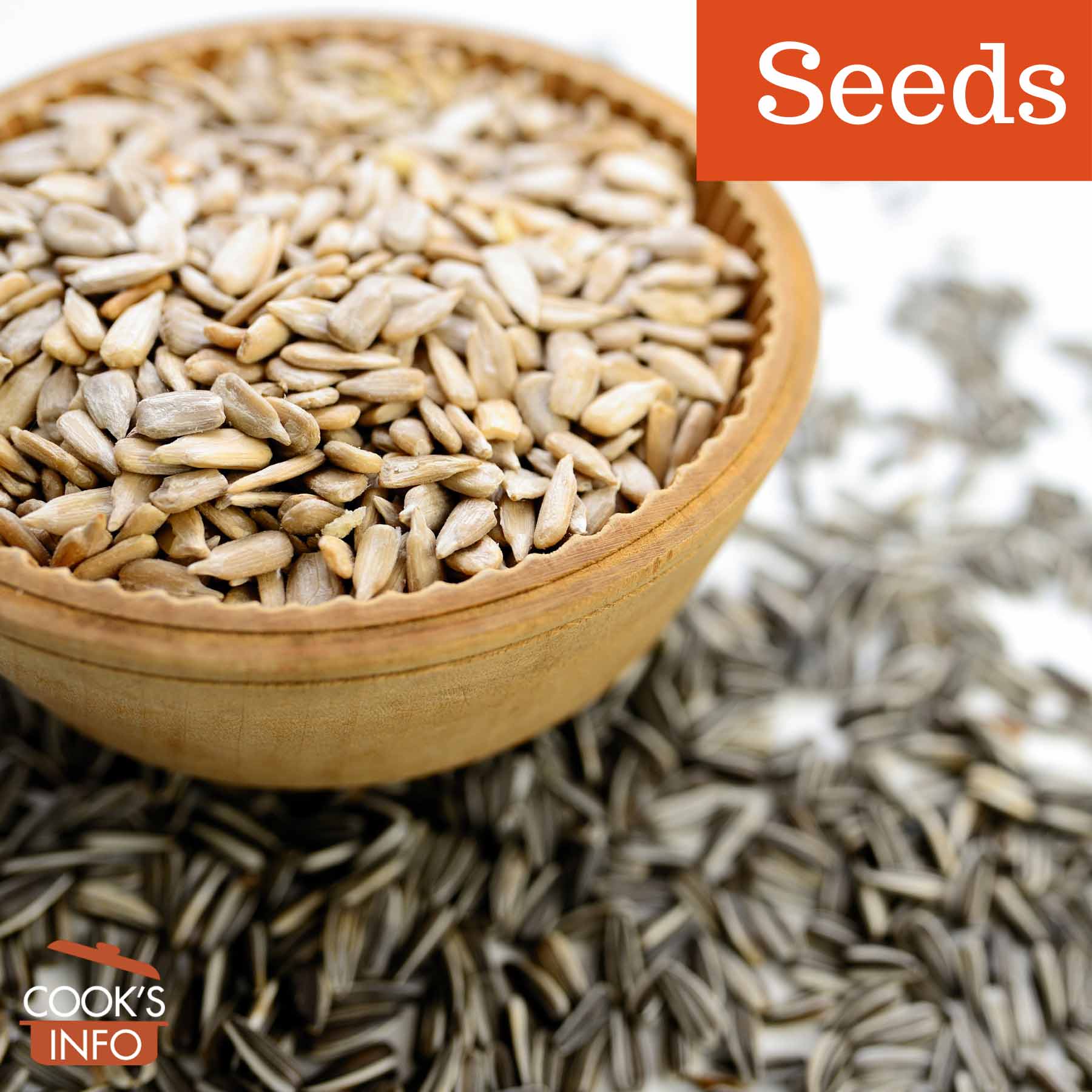 Edible seeds are the main parts of plants that we most use to derive plant-based calories and plant-based protein from, as well as micronutrients and flavouring compounds.

The biological definition of an “edible seed” covers a vast range of food stuffs. The culinary definition of seeds is far narrower.

Many seeds in fruits are of no culinary use to us, and this is reflected in how we refer to them in English as ‘pits’ or ‘stones’.

Some of the most economically prized seeds are valued not for their nutrition, but rather their flavour: seeds such as cocoa beans and coffee beans.

Some seeds, such as amaranth, buckwheat, teff, quinoa and wild rice are used as pseudo-grains. Other seeds are used as sources of edible oils: rape seed, flax (linseed oil), sunflower, sesame, etc..

Seedless fruit, such as bananas or seedless raisins, actually do have seeds — it’s just that the seeds are undeveloped and undetectable in them. Some other seeds, such as those in strawberries or tomatoes, we eat even though they have no particular nutritional or flavour benefit, simply because they are too difficult to remove and provide no real obstacle to enjoying the produce.

Typically, when cooks refer to seeds, they use a culinary definition that is far narrower than botanists would use, and which comprises seeds such as chia, flax, hemp, poppy, pumpkin, sesame, and sunflower. It is a definition that spans a range of botanical families:

“Edible or culinary seeds come from vegetables (such as pumpkins), flowers (such as sunflowers), or other crops grown for a variety of uses (such as flax or hemp).” [1]Great grains, super seeds. Harvard Health Letter. January 2020. Accessed April 2021 at https://www.health.harvard.edu/heart-health/great-grains-super-seeds

For cooks, asking for seeds and being pointed to items such as grains, nuts or legumes would be jarring. Nor would such items ever be expected to make an appearance in something called seed cake or seed bread. And even though coriander seed and mustard seed clearly have the word “seed” in their name, they are used and thought of as a spice, rather than as a seed per se.

One thing most culinary seeds have in common is that they can typically be eaten as is, out of hand, with no cooking or processing required (though some such as sunflower seeds, and particularly watermelon seeds, are often roasted to enhance the flavour.) For this reason, they are often included in trail mixes and granola.

Traditionally seeds are used as garnishes to provide crunch, texture, visual interest, and / or flavour. A more recent use historically-speaking is as a deliberate nutrition boost to dishes.

It is rare for seeds to become the chief ingredient of a dish, though they may occasionally be a featured ingredient, as caraway seeds are in seed cake or sesame seeds are in benne wafers.

In a few instances, such as roasted sunflower or pumpkin seeds, seeds may be seasoned and eaten on their own as a snacking food.

There are suggestions that given a choice of using nuts or culinary seeds in cooking, culinary seeds are the better choice environmentally because they have a lower water footprint: “Tree nuts like almonds, pistachios, walnuts, and cashews are actually some of the most water-intensive crops grown today. Seeds, though usually grouped together with nuts in dietary recommendations, have a much lower water footprint and impact on our environment.” [2]88acres. Water Footprint of Seeds vs Nuts. Accessed April 2021 at https://88acres.com/blogs/news/water-footprint-of-seeds-vs-nuts. Note: source is a site selling seeds.

Nutritionally, seeds are good sources of protein, fat and carbohydrates, as well as being rich sources of dietary fiber and micronutrients.

Disregard any claims that any particular seeds are superfoods in their own right. Focus instead on putting together a nutritionally super plate, of which seeds can play a part.

Seeds can be expensive to buy but they all pretty much deliver great taste and nutrition, so it’s fine to go for the less-expensive ones such as sunflower seeds and pumpkin seeds.

Pumpkin (squash) seeds can be a particularly good bargain, as you can first eat the squash, and then dry the seeds, getting two products for the price of one. If you have garden space, it’s easy to grow sunflower seeds, provided you can get to them before the squirrels do.

Flaxseeds and chia seeds are good dietary sources of omega-3s (in particular, of ALA — alpha-linoleic acid), but, are not necessarily an equivalent for the type of omega-3s that dietitians want us to be getting from oily fish:

“The main problem with ALA is that to have the good effects attributed to omega-3s, it must be converted by a limited supply of enzymes into EPA (eicosapentaenoic acid ) and DHA (docosahexaenoic acid). As a result, only a small fraction of it has omega-3’s effects — 10%–15%, maybe less. The remaining 85%–90% gets burned up as energy or metabolized in other ways. So in terms of omega-3 “power,” a tablespoon of flaxseed oil is worth about 700 milligrams (mg) of EPA and DHA. That’s still more than the 300 mg of EPA and DHA in many 1-gram fish oil capsules, but far less than what the 7 grams listed on the label might imply…. [consider these seeds] a backup, not a substitute, for the omega-3s in fish and fish oil because of the conversion factor.” [3]Harvard Health Letter. Why not flaxseed oil? Harvard Health Publishing. Accessed April 2021 at https://www.health.harvard.edu/heart-health/why-not-flaxseed-oil

Storing seeds in the refrigerator, or freezer even, will significantly extend their storage life by dint of greatly reducing the rate at which oils in them go rancid.

Seeds have been prized throughout human history because they are easy to grow, harvest and store.