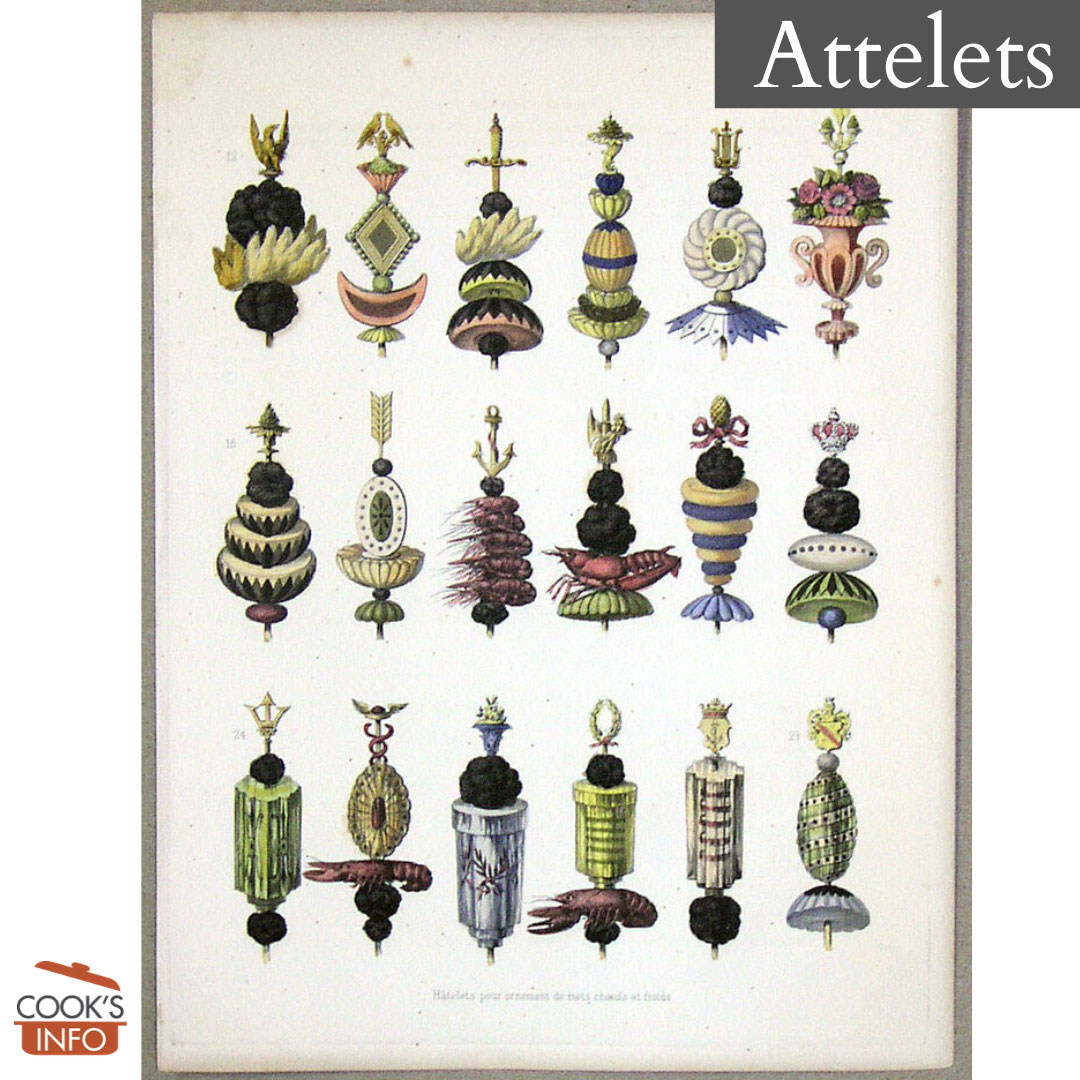 An attelet is an inedible garnish for dishes.

It consists of a thin metal skewer, usually silver or gold plated. It is sharply pointed at one end for sticking into food; the other end has a decorative top. Themes for the decoration include hunting, fishing, a coat of arms, etc.

You insert an attelet into food in a manner such that the decorative top is on display.

Though the small device is considered a garnish in itself, often small edible garnishes were skewered with them and then pinned to the larger food item. For fish, you might skewer a piece of lemon, a small piece of vegetable, a crayfish, a small shrimp. For meat, perhaps a cock’s comb, a truffle, quenelles, mushrooms, etc.

The French chef Marie-Antoine Carême used attelets a good deal in his presentation.

The word “attelet” later came to be used, incorrectly, to mean food on a skewer.

Attelets are not for use in an oven or under a grill. They are not heat safe, nor meant to be. They are for table presentation only, stuck into food just before it is sent to the table.

The word “attelet” comes from the French word “hâtelet”, which comes from Old French “hastelet”, possibly from the Latin word for spear, “hasta.”

An â in French usually indicates that an S has been dropped in the word along the way.

This web site generates income from affiliated links and ads at no cost to you to fund continued research · Information on this site is Copyright © 2022· Feel free to cite correctly, but copying whole pages for your website is content theft and will be DCMA'd.
Tagged With: Garnishes, Meat Cooking Tools