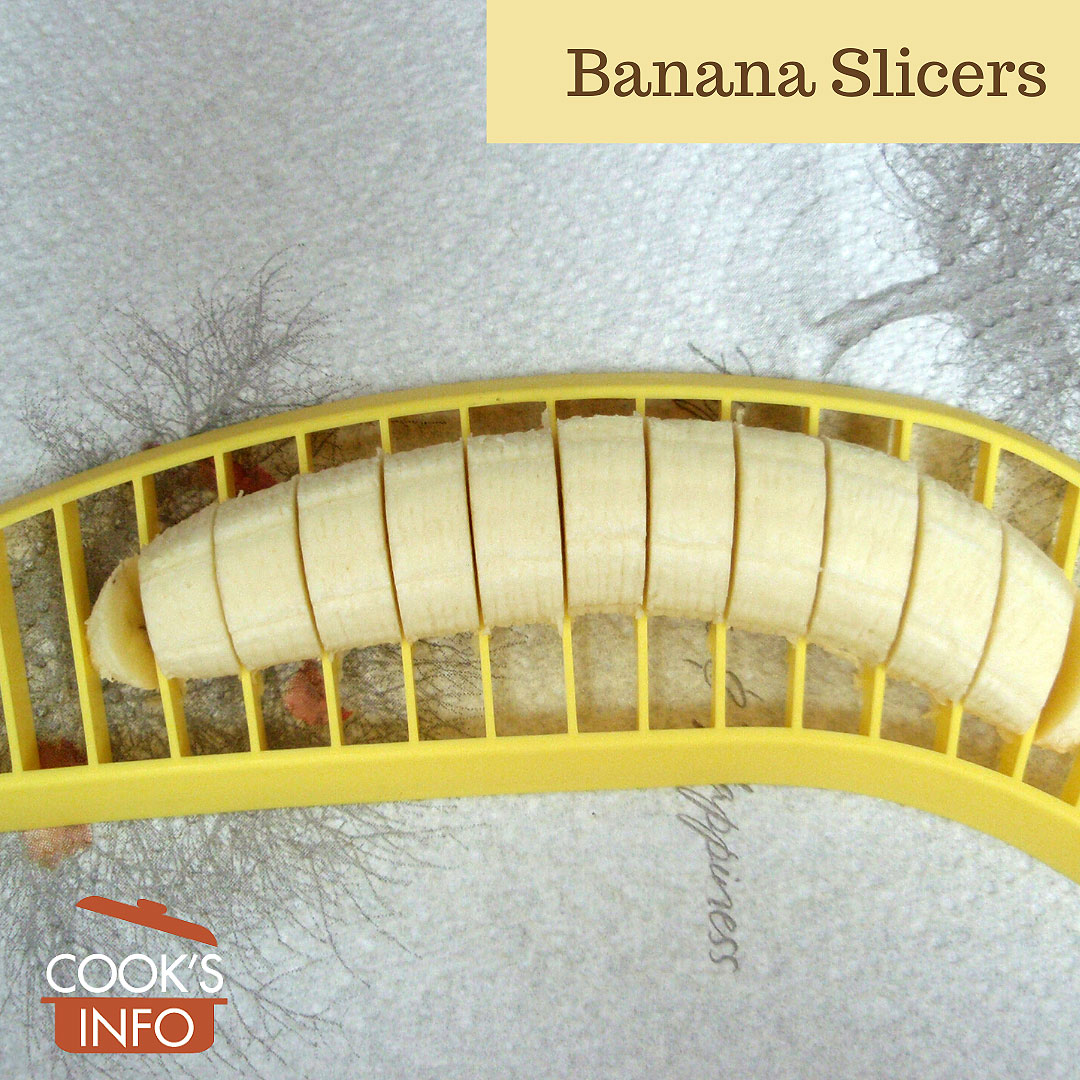 The slicers have a banana-shaped frame, usually made of plastic and usually yellow, to drive home the association with bananas. The frame has 19 or 20 plastic wires going horizontally through it. The frames are larger than most bananas to accommodate all sizes.

You peel a banana, lay it on a flat surface, put the slicer on top of it, and press down and through the banana.

A banana slicer can be useful for those who dehydrate their own banana chips: it can quickly produce slices of uniform thickness so that they all will take the same amount of time to dry.

It is designed for home use; industrial banana slicers are actually machines. 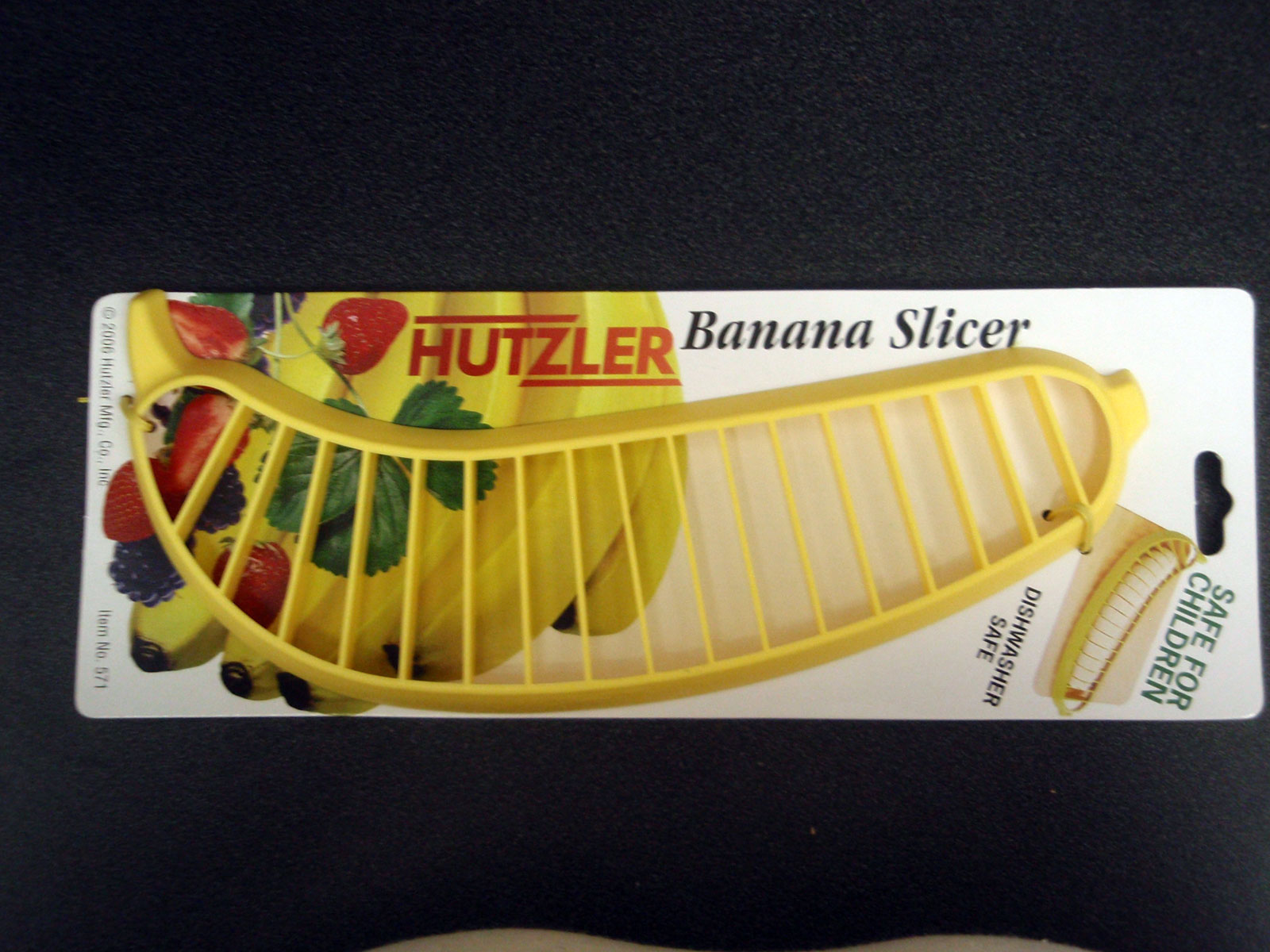 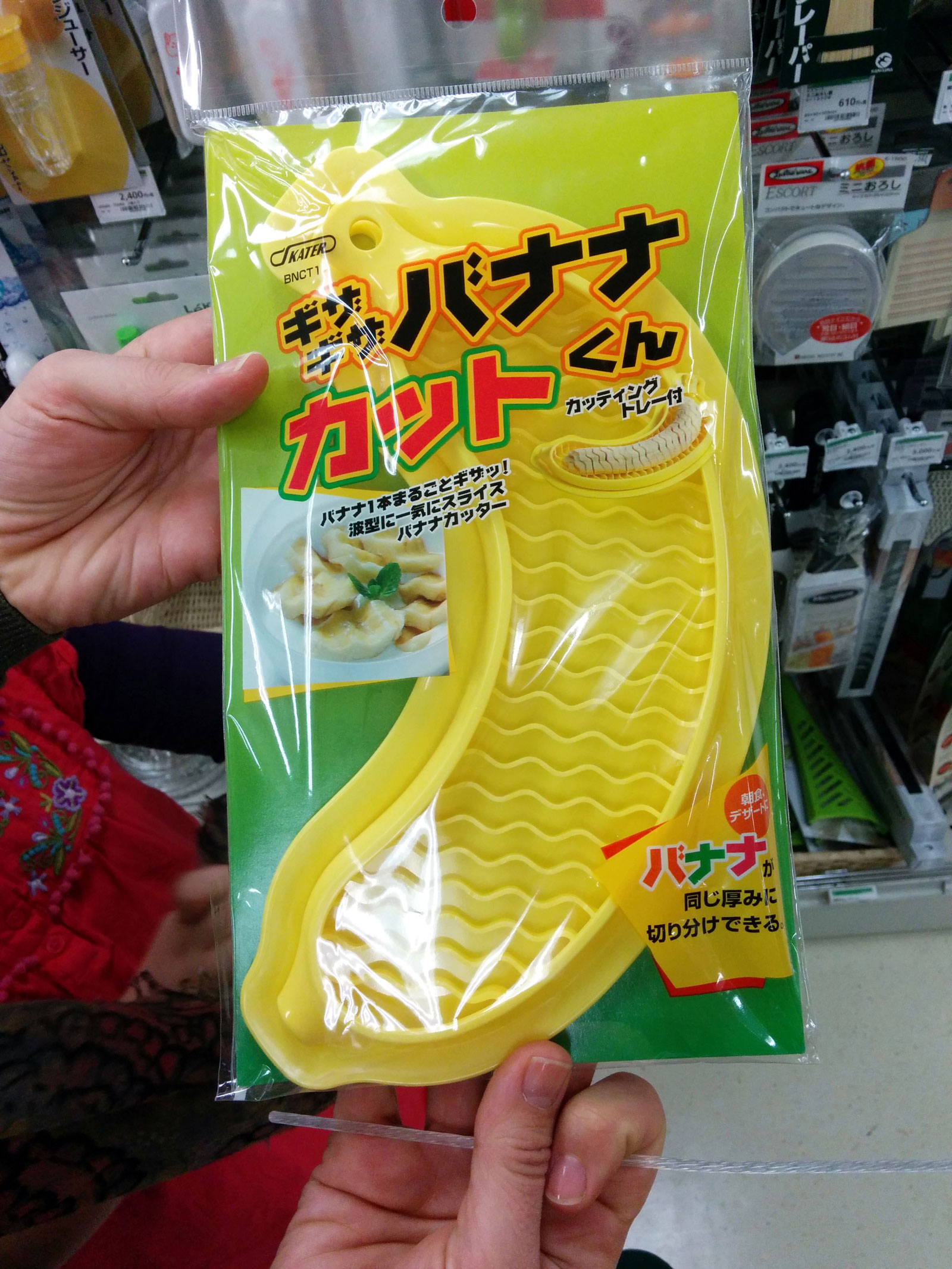