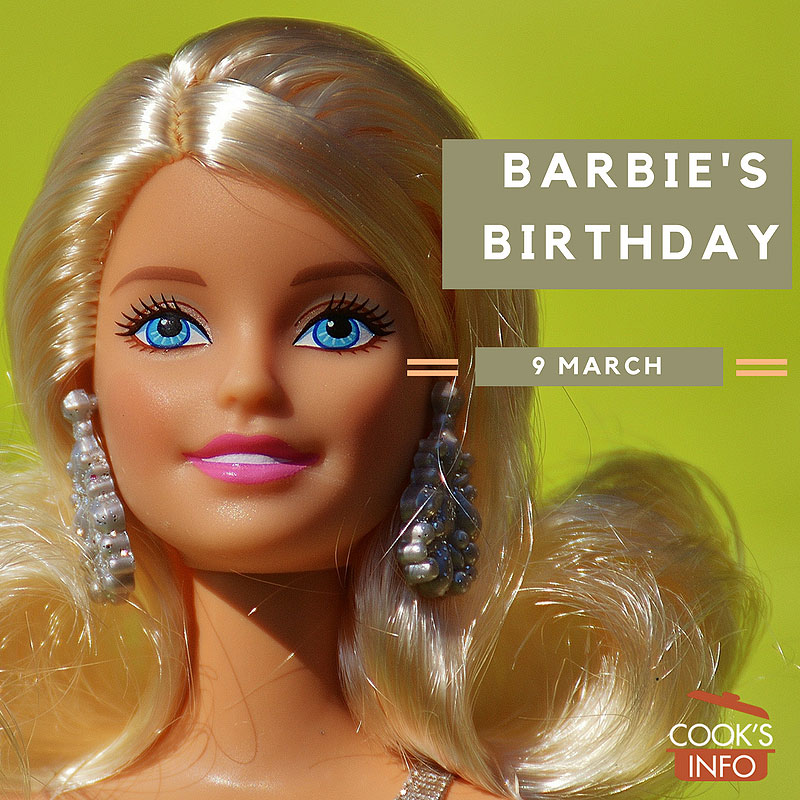 The 9th of March is Barbie’s birthday.

Barbara Millicent Roberts was born on this day in 1959.

Well, perhaps not born, but she had her debut at the American International Toy Fair in New York City.

Barbie was invented by Ruth Handler (whose husband Elliot was co-founder of the Mattel Toy Company.)

Barbie’s first outfit was a zebra-striped swimsuit; her hair was in a pony-tail. Her boyfriend Ken came along in 1961.

They reputedly “split up” in 2004, according to Mattel. “The flame of love has gone out,” said Ken’s publicist, A. Russell Arons — who doubles as Mattel Inc.’s vice president of marketing for Barbie. [1]Donaldson-Evans, Catherine. Barbie and Ken: It’s Over. Fox News. 13 February 2004. Accessed December 2020 at https://www.foxnews.com/story/barbie-and-ken-its-over

How would they divide their assets? “They’ll be faced with the task of divvying up the hundreds of possessions they’ve amassed over the years, such as the Barbie Bubble Bath, camper, townhouse and several vehicles. As for the mansion in Malibu? “The Dream House has always been Barbie’s,” Arons said.” [2]Ibid.

If you have children, or are one of the over 100,000 Barbie collectors, you can celebrate the day by having a picnic (indoor or outdoor, depending on your local climate) for Barbie.