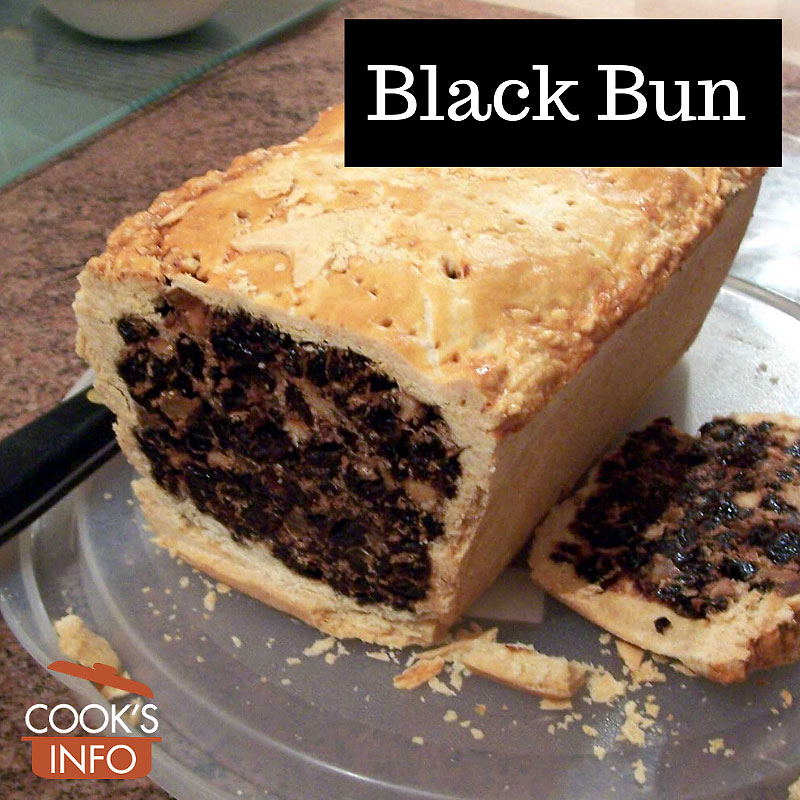 Black bun is a Scottish rich fruit dessert that could be described as a cross between a square or rectangular-shaped pie, and a cake. It is like a pie, in that it is baked with top, bottom and side crusts, and a filling.  But, it is usually baked in a rectangular or square tin, and sliced and served like a cake.

The filling inside has the texture and appearance of a rich, dark steamed fruit pudding. It is made from chopped almonds, brown sugar, cinnamon, currants, figs (or dates), ginger, marmalade, raisins and prunes. Sometimes whisky, brandy or sherry are added as a flavouring; older recipes used to call for treacle as well.

The crust has yeast in it, but no sugar (some recipes use baking powder instead of yeast.) You mix the dough up for the crust, and set one-third of it aside. You mix the filling ingredients with the remaining two-thirds of the dough thoroughly. You roll out the reserved one-third dough thinly, and place the mixed filling in the centre of it, and wrap and seal it in the rolled-out dough, shaping it to fit your baking tin; letting it rise for about half an hour. Using a skewer, stab a few holes in it, and glaze with a wash made of egg yolk and milk. Then you bake the black bun in a moderate oven for two hours.

Black bun is best made in a rectangular or square pan, because it is easier to slice that way, but a round one will do in a pinch.

It needs to be made in advance and allowed to mature for at least a few weeks, preferably at least a month, like a good Christmas pudding or fruit cake.

Black bun is sometimes explained as being a “fruit and nut” bread.

Black bun will store well for up to 6 months in a cool place in a sealed container.

Black bun used to be made for Twelfth Night, and be called “Yule Cake”, but now that Twelfth Night observances have faded, in Scotland it is made for Hogmanay instead. 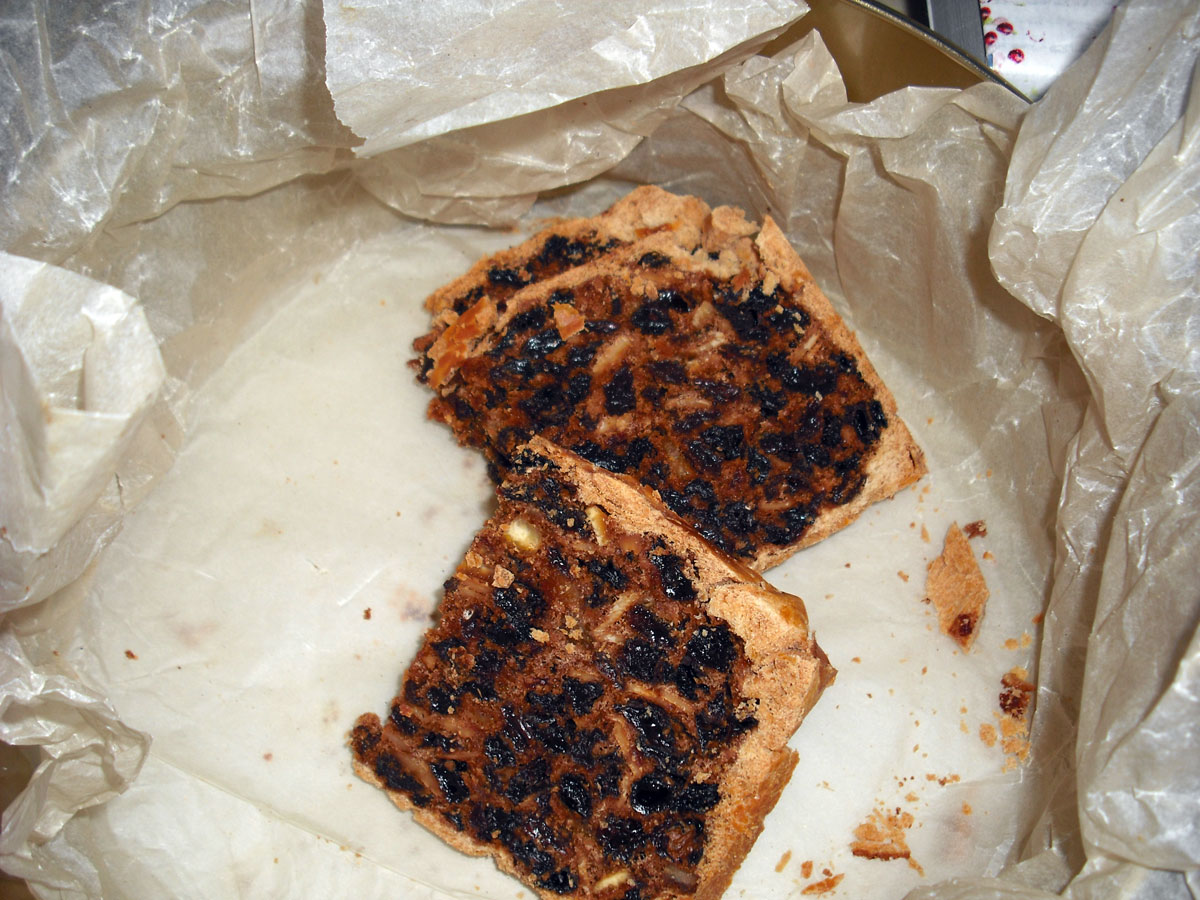 This web site generates income from affiliated links and ads at no cost to you to fund continued research · Information on this site is Copyright © 2023· Feel free to cite correctly, but copying whole pages for your website is content theft and will be DCMA'd.
Tagged With: Buns, Scottish, Scottish Food