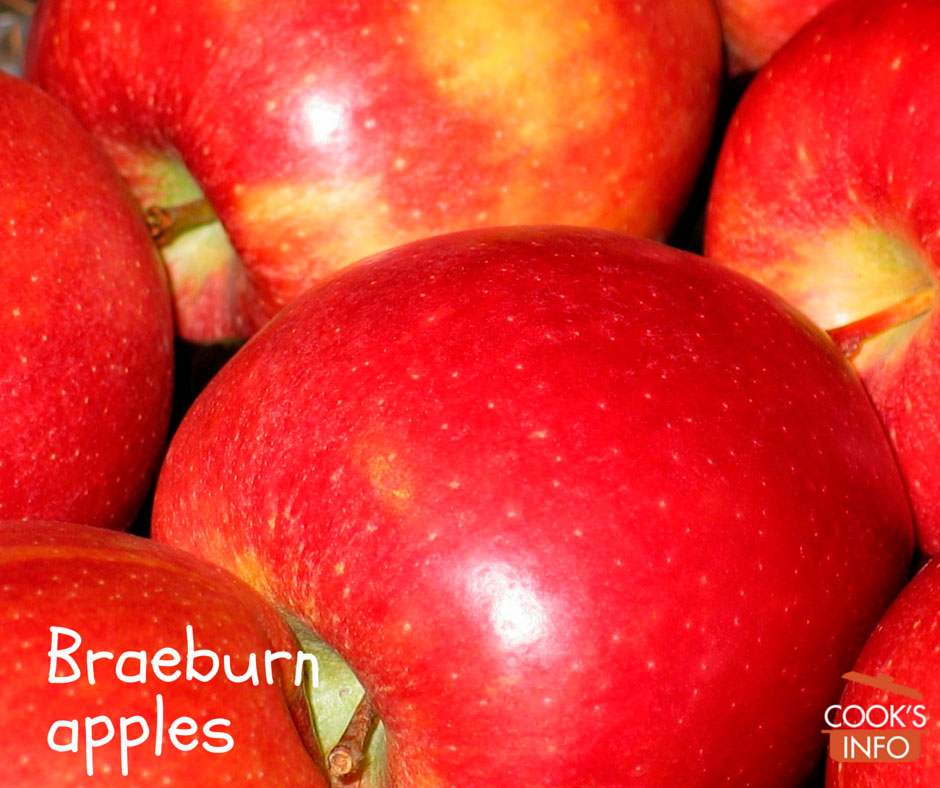 A Braeburn is a red striped apple with a red blush on top of yellow.

The juicy yellow flesh is very crisp, with a flavour that is sweet and tart at the same time. A very fragrant apple.

The apples are ready to harvest about 180 days after the tree reaches full bloom.

From April to August, New Zealand and Australia ship Braeburn apples to North America. The apple is also grown in France, particularly in the Loire valley.

Braeburn doesn’t hold its shaped when cooked, but that makes it good for apple sauce. If using for apple sauce, this apple is sweet enough that you can reduce the sugar your recipe calls for. Does not brown as quickly as other apples when cut.

Commercially, you can produce about 800 litres of juice per tonne of Braeburn Apples.

Will store 8 months in commercial storage.

Braeburn can suffer from Braeburn browning disorder during storage — the disorder, which onsets during the first few weeks of storage, causes the inside of the apple to go brown and develop off-flavours. Generally, you cannot tell if a Braeburn has this disorder until you bite into it. When it’s reported, producers and retailers have to dump entire inventories of the fruit. It’s been reported in New Zealand in 1993, in Washington State in 1996, and in British Columbia in 1998. 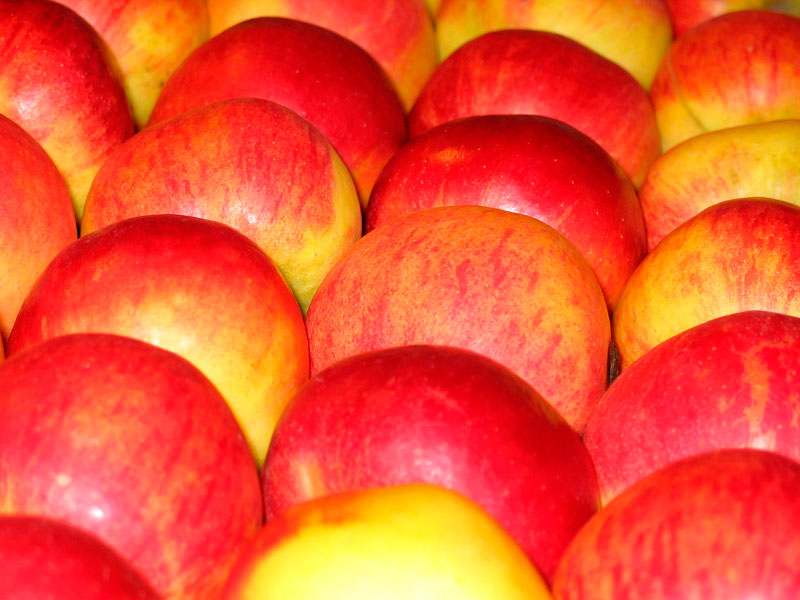