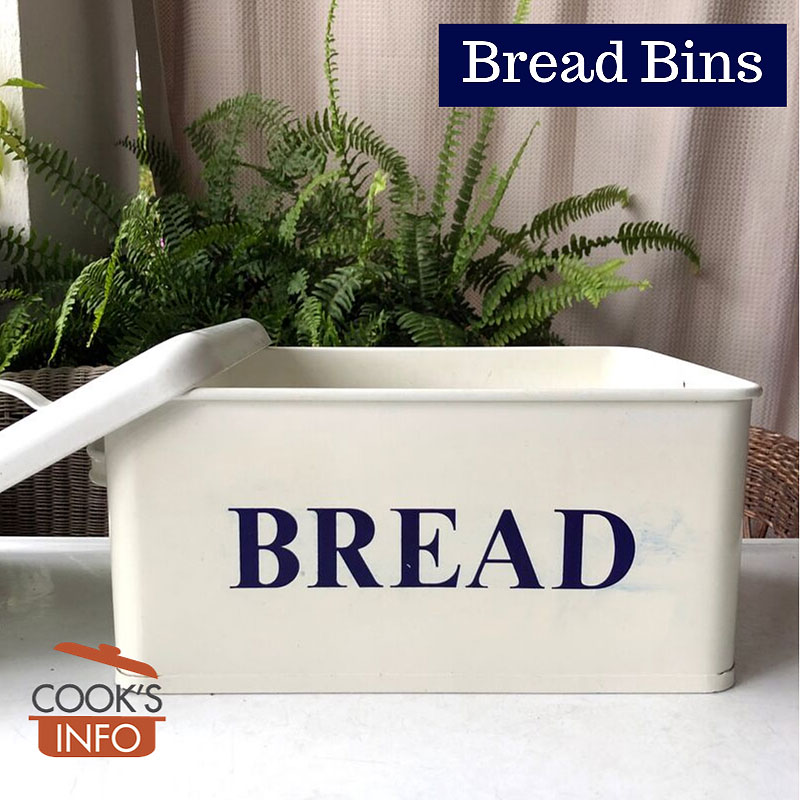 A bread bin (aka bread box) is a box (or bin) in which fresh bread is stored at room temperature.

The challenge of storing bread

There is no perfect way of storing fresh bread (as opposed to preserving it by freezing or drying.)

Bread has a short life span — that’s its nature. It either gets eaten up, dries up or goes mouldy, and nothing can stop one of those three things from happening (aside from volcanic ash from Mount Vesuvius turning it into a fossil.)

How can bread bin can help to store bread

A bread bin will not stop bread from going mouldy. What it will do is maintain bread at an optimum balance of humidity, neither too dry nor too soft, for a reasonable number of days, so that its taste and texture remain appealing. But there is still a time limit, usually much shorter in the summer when weather is hot and / or humid.

Bread bins keep bread crustier, fresher and tasting better for longer than will storing your bread in plastic or paper bags, or in the fridge. You can store other baked goods in a bread bin as well. Bread bins are still widely used in the UK. They have largely gone out of fashion in North America, where people prefer to buy and store pre-sliced bread in plastic bags.

Bread bins can be made of wood, metal (tin or stainless steel), enamelware, plastic, or stoneware. They can be shaped like a box, or shaped like a large crock with lids. Some of the box shaped ones have lids you just lift off; some have roll-top lids.

Metal bread bins may be shiny, or coloured metal. Lightweight metal ones can dent easily.

Some bread bins are made of wicker, but they let too much air in — so you end up having to keep the bread in a plastic bag. They are essentially just places to keep bread out of sight, not freshness extender devices.

Most bread bins have ventilation holes to allow excess moisture to escape, but some designs don’t, relying instead on ventilation to happen naturally through the edges of the lid. Some plastic ones slide at one end, so that you can shrink the airspace inside as the loaf gets used up.

If bread goes mouldy, discard the bread, wash the bin thoroughly with hot water and soap, then rinse with scalding hot water from a kettle, and let dry thoroughly.

Store bread in bread bins unsliced. Put the bread or baked goods in the bread bin with no wrapping around them — that will impede the natural functioning of the bin.

Freshly-baked bread should be cooled before placing in a bread bin.

Put bread first in a paper bag, then put in a plastic carrier bag (the kind you get from grocery stores), and fold it over or tie loosely. The plastic helps to keep moisture in, while the paper bag will absorb excess moisture and help prevent the bread from getting that “plastic” taste.

Some people swear by storing bread in the microwave.

Emma Kay, author of Vintage Kitchenalia, notes that over 90 people a year in the UK injure themselves on bread bins.

“Bread and grain bins were called ‘arks’ and resembled large chests in the Middle Ages. They were particularly popular in the sixteenth century. By the 1800s earthenware ‘bread crocks’ emerged, eventually to be replaced the following century by the iconic enamel bread bin. I read somewhere once that in excess of ninety people a year injure themselves on bread bins in the UK. Whether this is true or not, I would really like to find out how a person can sustain any injuries from such a seemingly innocuous object.” [2]Kay, Emma. Vintage Kitchenalia. Gloucestershire, England: Amberley Publishing. 2017. Google Ebook edition. 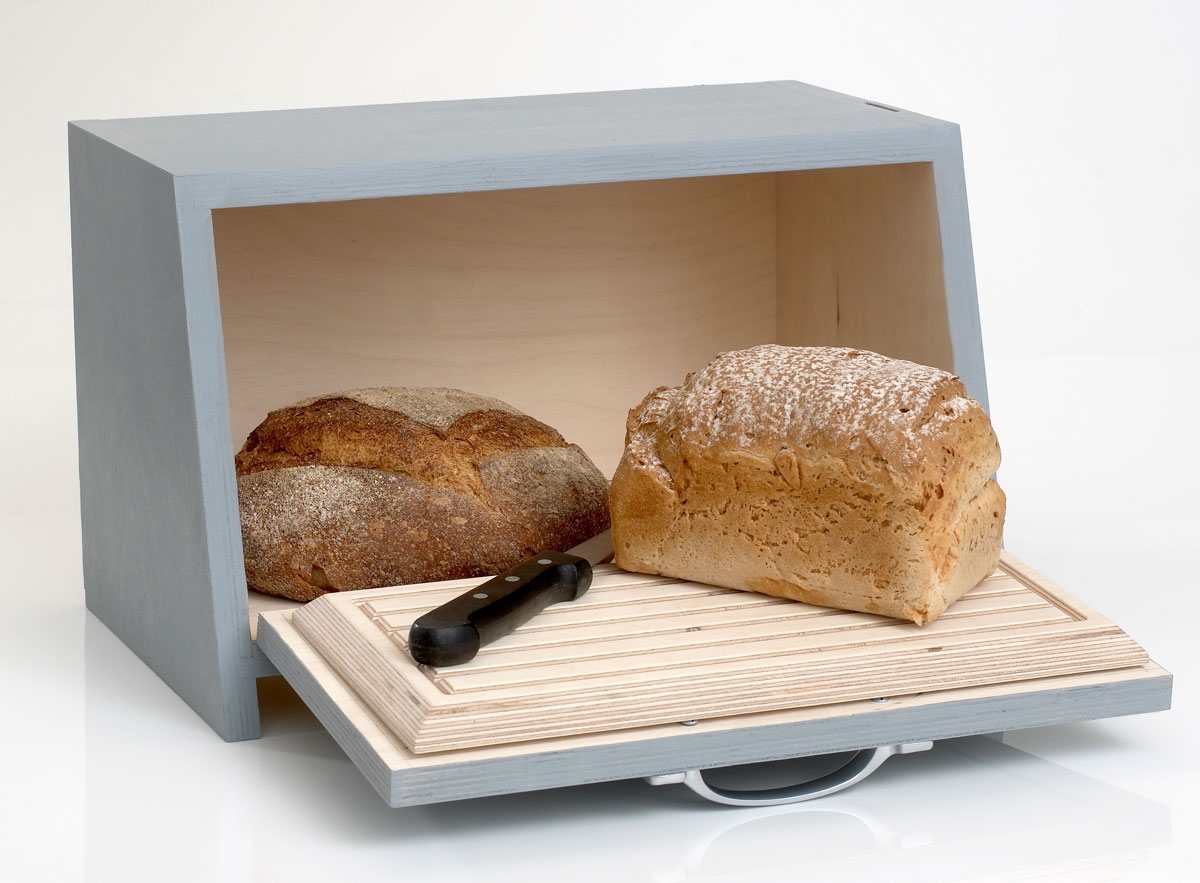 This web site generates income from affiliated links and ads at no cost to you to fund continued research · Information on this site is Copyright © 2023· Feel free to cite correctly, but copying whole pages for your website is content theft and will be DCMA'd.
Tagged With: Bread, Cooking Tools