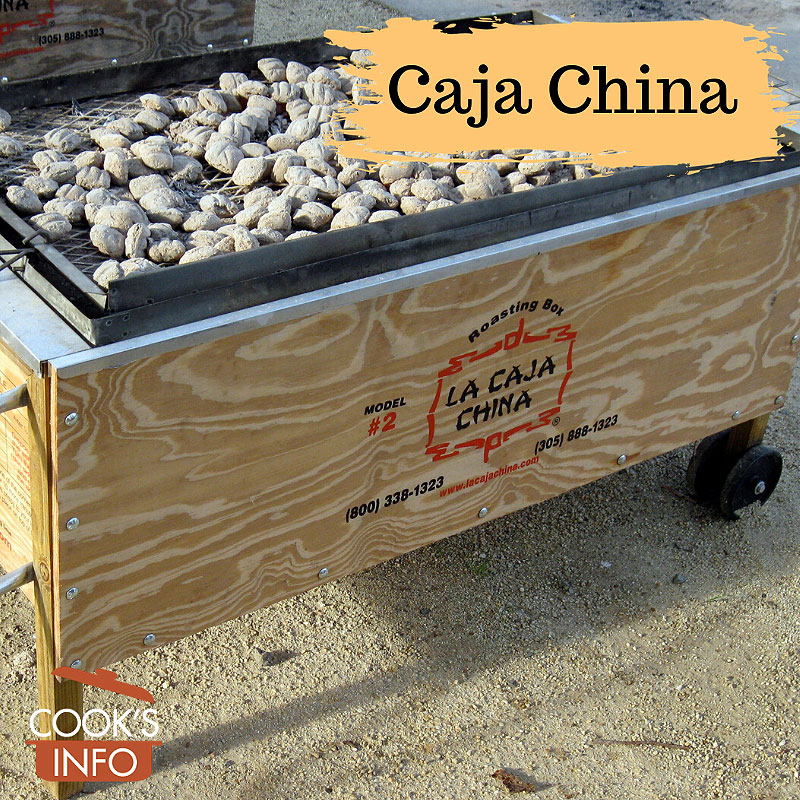 Caja China means “Chinese box” in Spanish. This is a misnomer, because the device is actually Cuban, dating back to at least the 1800s.

It is a wooden box, lined with metal (usually aluminum.) The food to be cooked is placed inside the box. A metal lid is placed on the box. Hot coals are then piled on top of the box. The cooking of the food inside is achieved by radiant heat, as an oven does.

The boxes are large, about the size of a blanket chest, and certainly large enough to roast a whole pig in.

There are three sizes:

All the sizes are shipped to you unassembled. You can now also buy rotisseries to go in them. 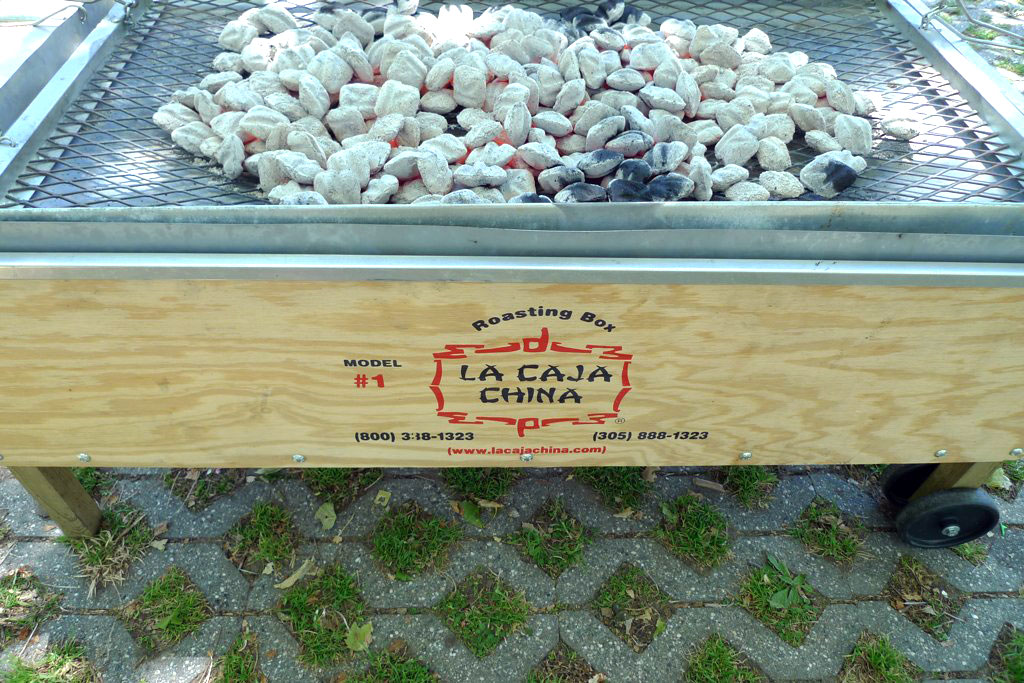 Before you put the meat in, you put in a rack whose legs rest on the bottom. This raises what you are cooking off the bottom.

The metal lids have two handles. You put them on, and then put on top of them a mesh grill that comes with them. You put the charcoal on top the mesh grill. You will need can need 9 to 13 kg (20 to 30 pounds) of charcoal.

They are for outside use only, and owing to the heat that will be emitted, need to be at least 2 meters (5 feet) away from anything else.

You need insulated gloves to work with it.

To drain it, you have to tip the box; there’s no drain plug.

You won’t get a barbeque or smoky flavour.

The company that makes them is run by the inventor’s son, Roberto Guerra, out of Miami, Florida. 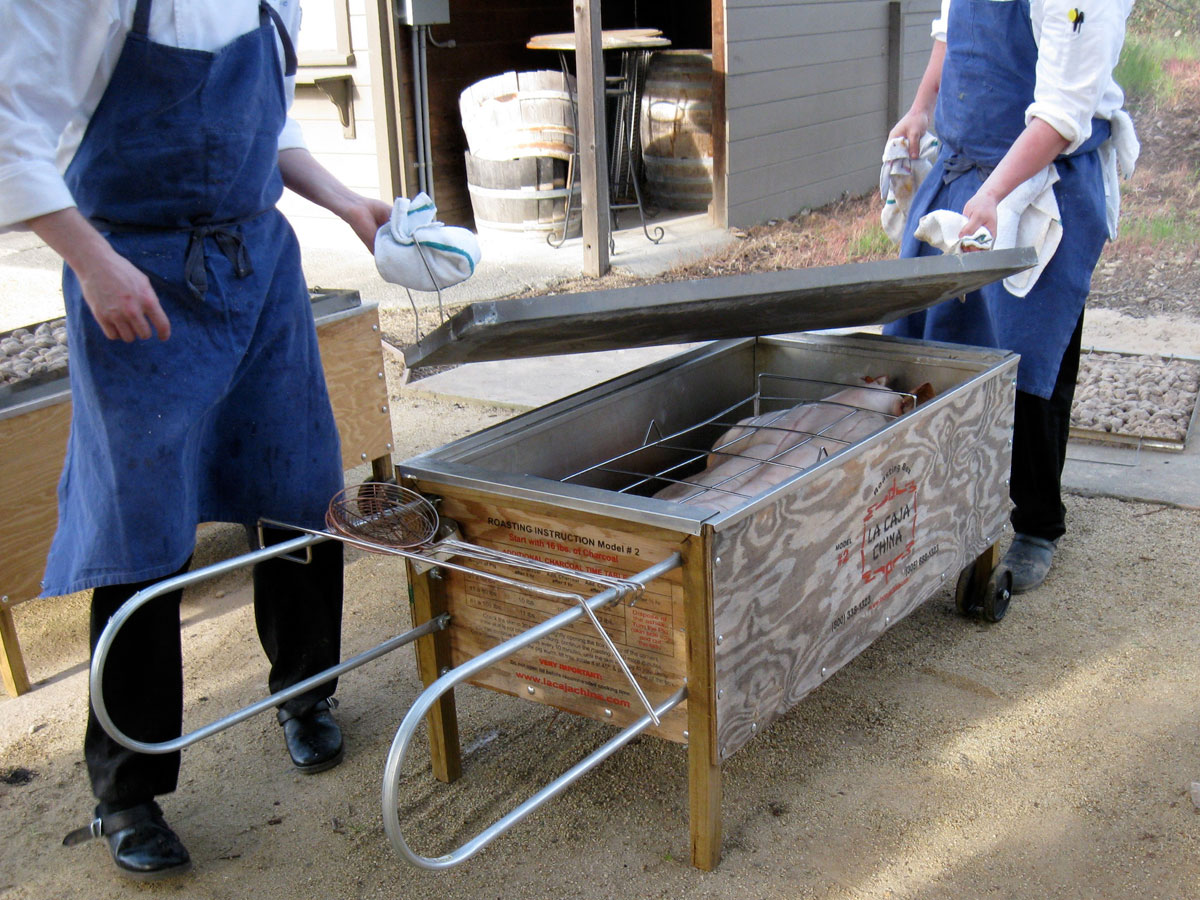 In the last half of the 1800s, 150,000 Chinese workers were brought to Cuba. Some speculate that this box was invented by them in Cuba. Sidney Mintz, of the University of Johns Hopkins, investigated this, and found no backing for it. In fact, he found very little interaction at all occurred between Cuban and Chinese cooking.

Instead, the box seems to be inspired by a Cuban tradition of making a “box” or enclosed cooking space of brick, and putting a metal lid on it. The Caja China as we now know it — a metal lined box — was invented by a Cuban emigré named Guerra living in Miami as a portable version of the traditional Cuban outdoors oven. The name “China” was applied to the brick ovens because China stood for magical things, and putting a lid heavy with coal on top the oven, making it hard to check on what was happening, made it seem as though magic was happening inside. 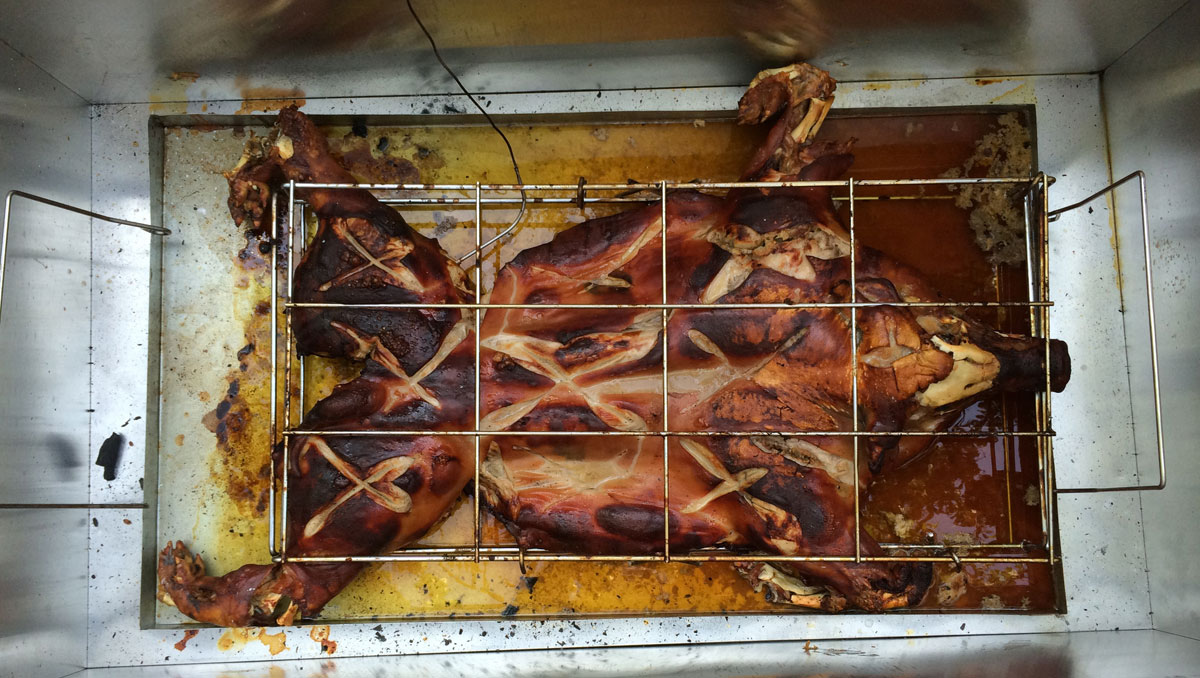 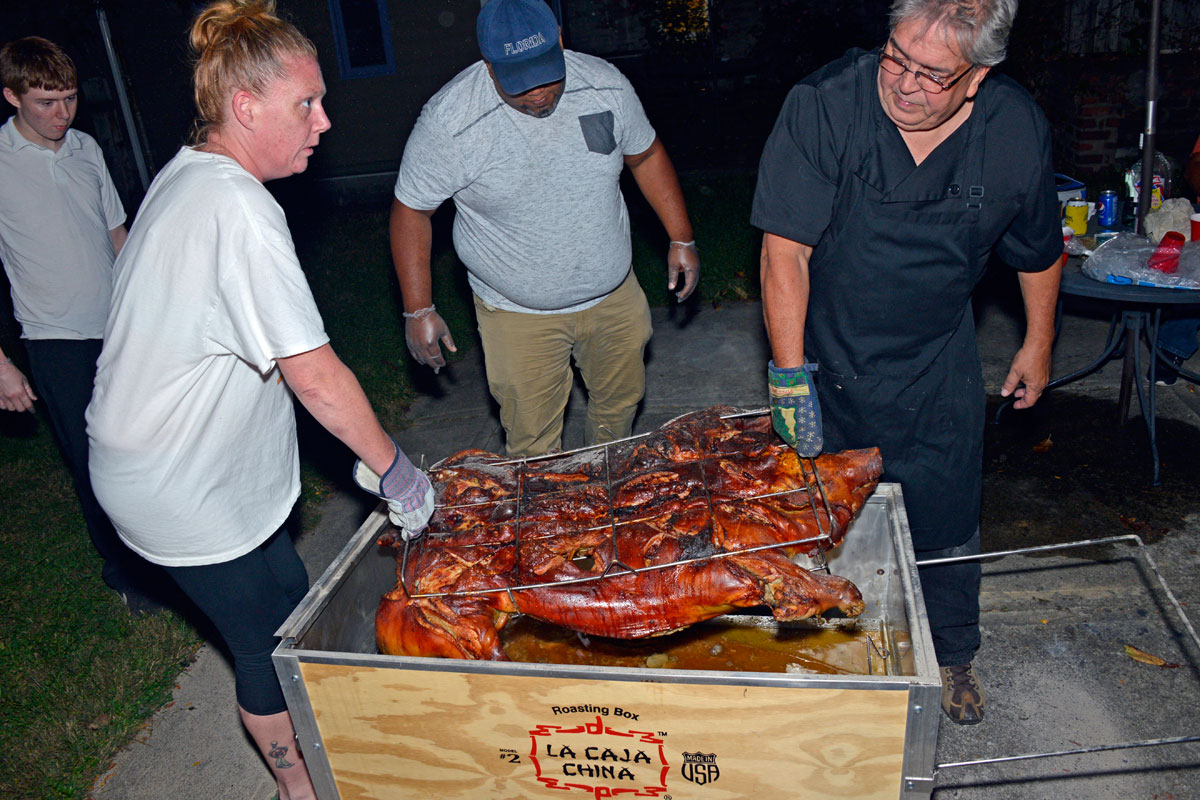