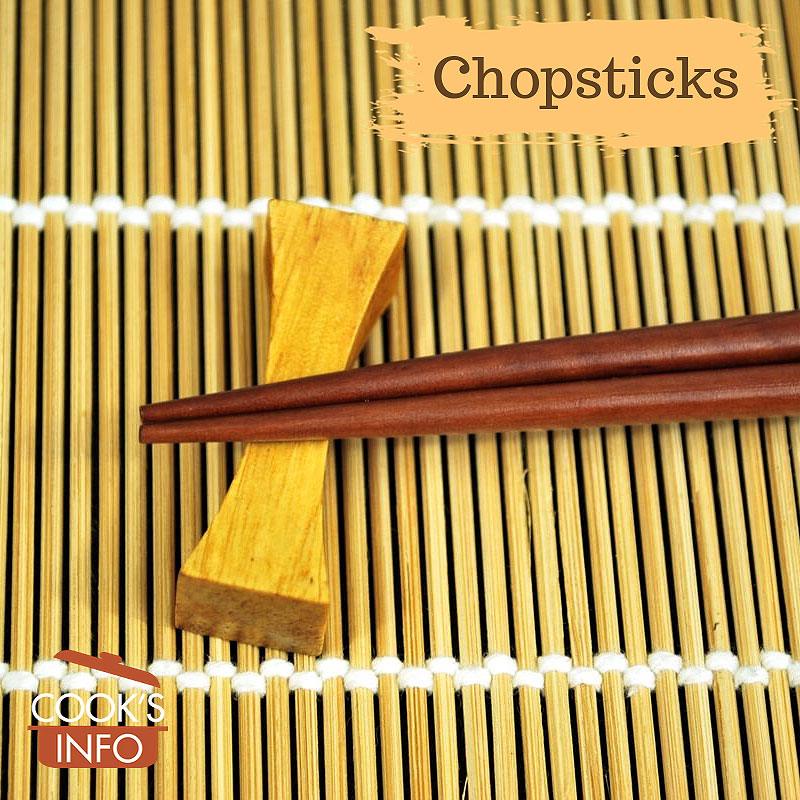 Chopsticks are two sticks used to manipulate food to the mouth at the table, though very long metal ones are made as well for cooking in the kitchen.

They are mostly made of bamboo. The advantages of bamboo is that it is cheap, universally available, easily replenished, and will no odour or taste to the food. Chopsticks for the rich might be made of a metal such as gold, silver, pewter, bronze or brass, or other materials such as ivory or coral. They might also be decorated.

Very short ones are made for children.

Chopsticks are suited for the method of food preparation

Eating with chopsticks suits food served in small, bite-sized pieces. In Asian cooking, food was cut in small pieces to allow for quicker cooking so that less cooking fuel would be needed, and to help stretch small bits of food such as meat further.

With the food already cut up in the kitchen, the need for knives at the table was negated.

Chopsticks will work with food prepared like this, whereas they won’t work with a slab of steak.

Korean ones will be shorter than Japanese ones, and are usually made from metal.

Chopsticks were being used in China by 500 BC, and probably before that. By 500 AD, they were being used in other parts of Asia such as Japan, Korea and Vietnam. Before the 900s AD, the two sticks were actually joined, like wood tweezers. By the 900s, they started to be made as two separate sticks. In the 1600s, the Japanese started making lacquered ones, and starting in 1878, they started making ones meant to be disposable.

In November 2003, Dr David Hunter of the Boston University School of Medicine presented research to the American College of Rheumatology indicating that the use of chopsticks might lead to a slightly increased risk of developing hand osteoarthritis. Chinese doctors pooh-poohed the idea.

There are many rules of etiquette around using chopsticks at a table. You should not:

When finished, either place chopsticks on the table, resting the tips on your plate, or rest them on chopstick rests if provided, or put them parallel together on the side edge of your plate (not across the top or middle.)

Chopstick rests are called “hashi oki” in Japanese. Made from bamboo, ceramic, glass or wood, they can be both functional and decorative additions to the table.

In the 1800s, English speakers merged the meaning of “quick ones” with the word “chop” (meaning “fast” in Chinese) and came up with “chopsticks.” 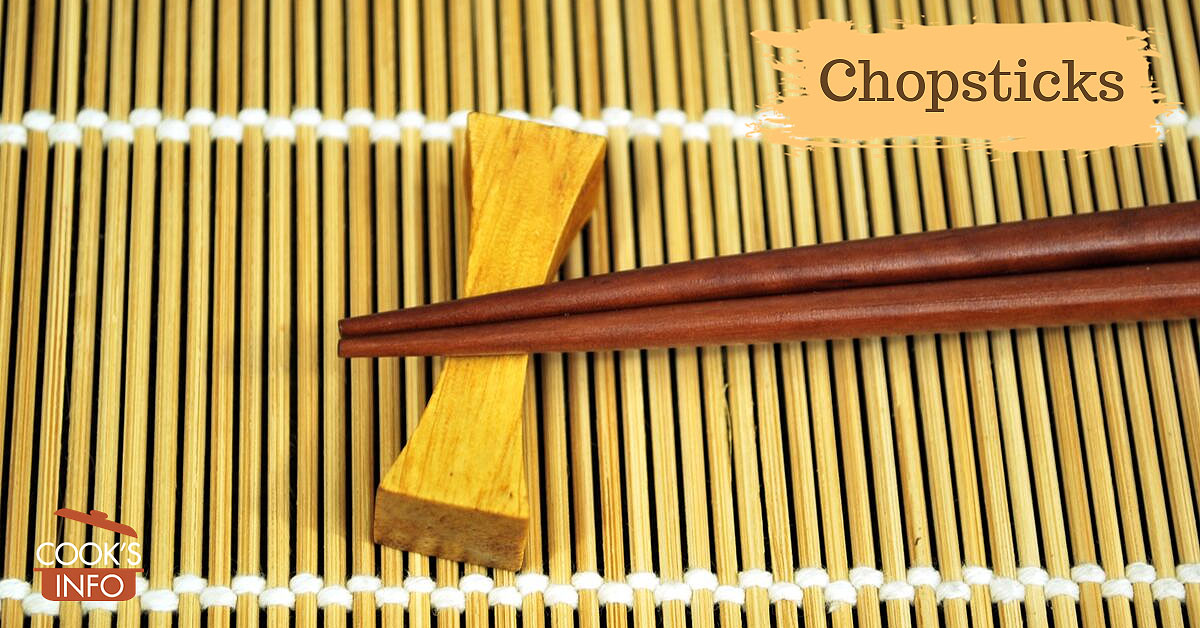 This web site generates income from affiliated links and ads at no cost to you to fund continued research · Information on this site is Copyright © 2022· Feel free to cite correctly, but copying whole pages for your website is content theft and will be DCMA'd.
Tagged With: Chinese Food, Cooking Tools, Japanese Food