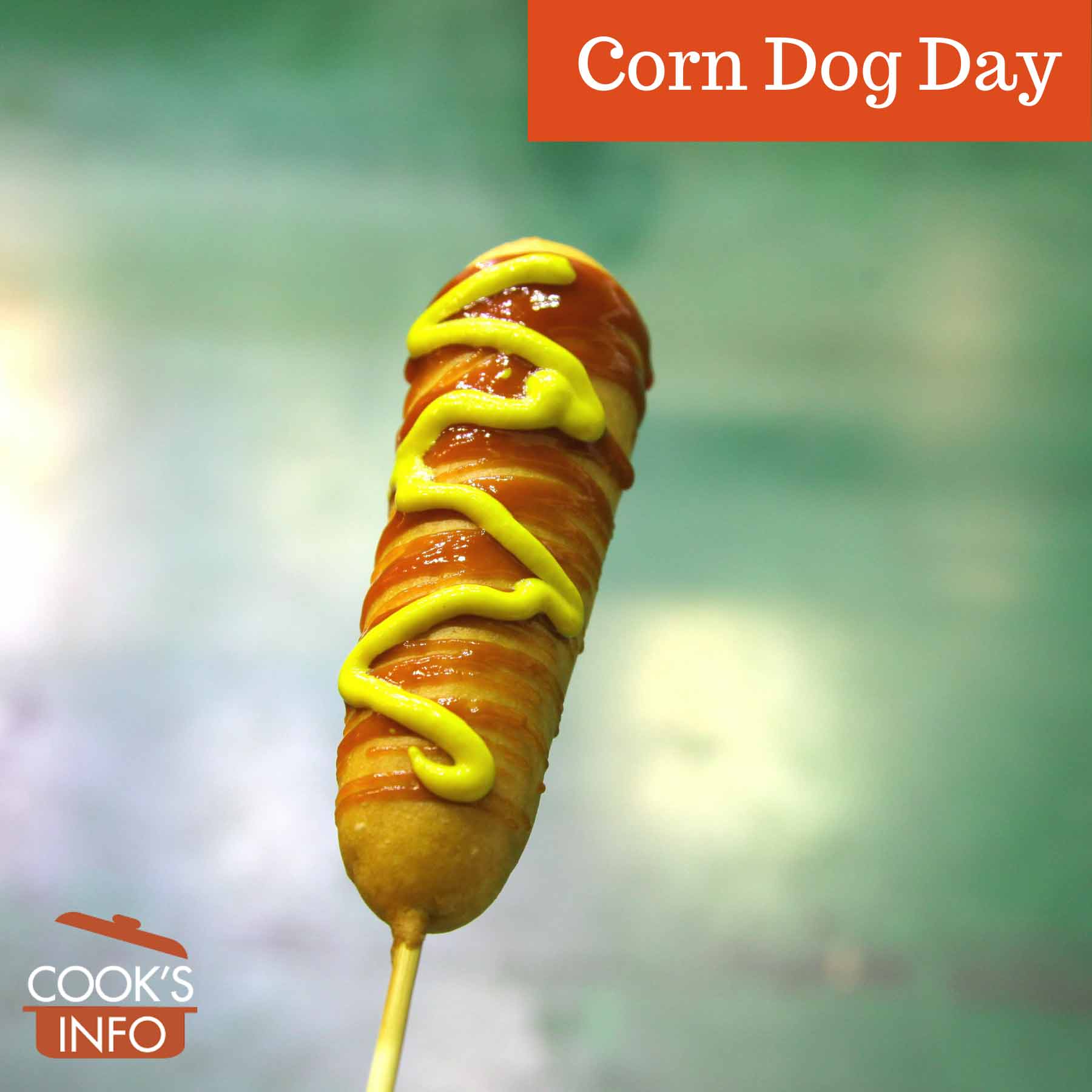 Corn Dog Day is celebrated on the first Saturday of the NCAA Men’s Division I Basketball Championship, which varies from year to year.

In addition to corndogs, the day incorporates tater tots, and beer — all of which are easy items to consume while sitting on a sofa watching television.

You can celebrate yourself in your own living room having bought frozen corndogs in advance, or go to an outdoors Corn Dog Day event held by a community group or business association.

If you are out and about this day, you could also just buy one as street food.

Some people say the corndogs are all about the dipping sauces, so don’t forget a few of those, too.

Among the companies that promote the day, as of 2021, is Fosters Farms of California, which makes corn dogs.

Note that “corn dog” is indeed actually two words, but for some reason it got spelled as one word in this context, Corndog Day.

http://pinkandgold.party/ (every key you press brings up a different animation)

There used to be a website for it, www.corndogday.com, but it was abandoned by September 2018.

Some armchair champions don’t just sit there passively taking the action on TV in, but actively engage in the day by participating in the “National Corndog Day Triple Double” challenge.

To successfully complete this challenge, participants must consume 10 corndogs, 10 beers and 100 tater tots.

In most advertising, the 99 tater tots seems to get rounded up to 100.

Corn Dog Day was started by Brady Sahnow and Henry Otley in 1992 in Corvallis, Oregon. They were both teenagers watching basketball on television in the basement of Brady’s parents. Brady’s father, Stan, brought them down corndogs and tater tots to eat while they were watching the TV. Those two items were the easiest to prepare and eat items that Stan could find in the family freezer.

On their website (defunct as of 2018 at least), Brady and Henry wrote:

“This particular day is significant because it is the one day a year that a quadruple-header of tournament action is broadcast live nationally. Think about it, 7-8 hours of outstanding hoops from start to finish, without ever having to change the channel. Such an occasion deserves a unique way to celebrate.”