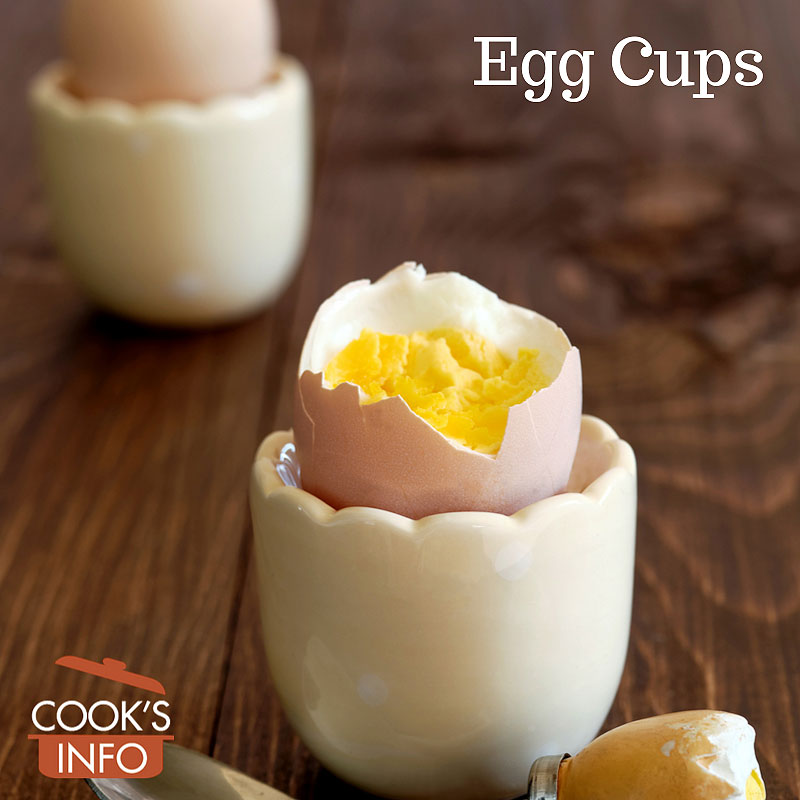 You put the large end of an unpeeled boiled egg in the cup, and then cut its tip off, either using an egg cutter or (more commonly) with a sharp blow or two from a knife to crack the shell, then cutting across to cut the top off completely.

Some egg cups are just cups on a pedestal. Others, particularly metal or porcelain ones, are cups at one end of a small oval tray, with the rest of the tray providing a place to rest the other half of the egg, or discarded shell, or rest the spoon. The larger end of the mini-platter could also be used to place extracted egg, and mash it with salt, pepper and butter, or to rest a piece of toast upon.

They can be made of china, porcelain, glass, ceramic, earthenware, metal or plastic. Fabergé even makes them in silver, with a matching silver spoon sold in presentation cases. Some are made of wood, but washing them is problematic for even the new wood finishes.

Every manufacturer tries to make a novel egg cup. Some modern egg cups are three short handled teaspoons together welded together in an upright position, with the space in between the bowls of the spoons providing the “cup.” Some sets include a matching salt and pepper shaker. And for decades, many were made to look like chickens, comic characters or famous faces.

Some egg cups are designed to be used either right side up or upside down, with one end having a larger cup than the other — these are called “double egg cups.”

Some sets come with a caddy to store the egg cups on.

Egg cups are common in Europe, in the United Kingdom, and in Canada. They are not very common in America — it is easier to find expensive collector ones there than everyday ones you might actually use and toss in the dishwasher.

Prior to the 1700s, egg cups were made of silver or wood. In the 1700s, porcelain ones started to be made as part of complete dish sets, and Sheffield plate ones came along as well.

In the 1800s, highly-decorative porcelain ones started to be made for sale on their own or in sets. Bowls of silver ones started to be covered in gilt, to stop the silver inside from getting tarnished by the yolk of the egg. The Victorians made many different sizes to accommodate different-size eggs from different kinds of fowl — they even made ones for minute quail eggs. 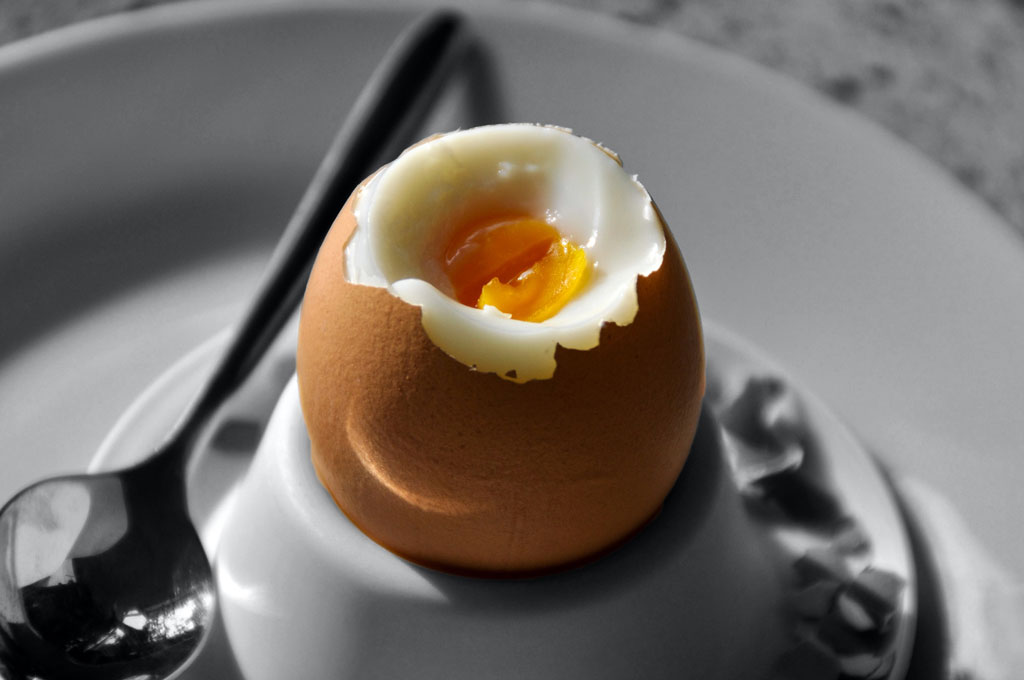 Egg cups with attached platters started appearing in the 1930s.

In the 1900s, as working class people started to be able to travel on day trips, souvenir cups from various places started being made with a coat of arms or a scene from a particular town on them.

Many people collect egg cups. The act of collecting egg cups is known as “pocillovy.” A collector is known as a “pocillovist.” There is an official “Egg Cup Collectors’ Club of Great Britain.”

This web site generates income from affiliated links and ads at no cost to you to fund continued research · Information on this site is Copyright © 2022· Feel free to cite correctly, but copying whole pages for your website is content theft and will be DCMA'd.
Tagged With: Cooking Tools, Eggs