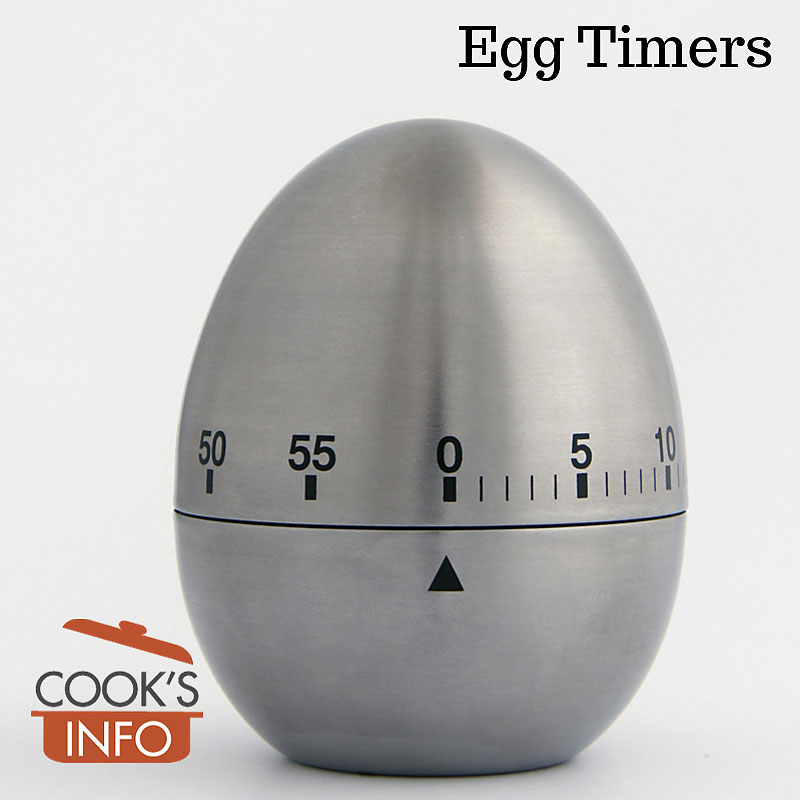 An egg timer is a simple timing device designed to measure cooking times for making boiled chicken eggs. It also can be used for cooking other items with short cooking times.

A timing device is necessary because you can’t see the cooking progress inside eggshells.

A traditional egg timer is a simple hour-glass shaped glass bulb, with a small amount of sand in it. These count the time down.

In the 1900s, mechanical ones were introduced with dials, which allowed the amount of time being measured to be adjusted. Mechanical ones count the time up.

There are now also digital battery ones, on which the time may be counted up, or down.

In place of a proper egg timer, you can use a timer on your mobile phone, microwave, or stove, or download egg timer applications that run on mobile hand-held devices.

There are also on-line egg timers on web-pages on the Internet. 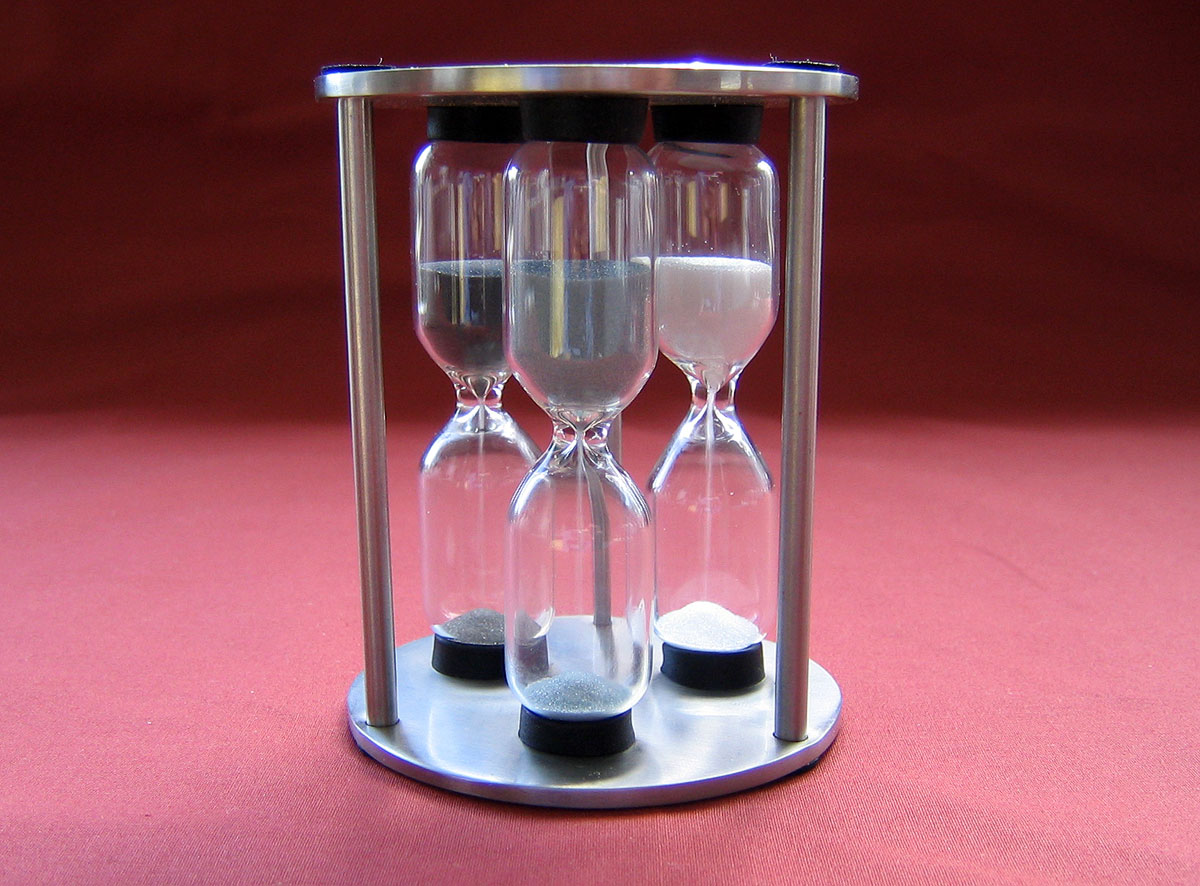 You only have two controls over a boiled egg: how hot the water is, and how long the egg is in it. (Some would argue, reasonably, that the freshness of the egg, and room-temperature versus chilled eggs, are additional important controls.)

A soft-boiled egg generally requires 3 minutes of boiling; a hard-boiled one, up to 5 minutes. Eggs less than 4 days old require an additional 30 seconds. Chilled eggs straight from the refrigerator may require an extra minute or so — but then chilled eggs are likely to crack on you in the bargain. Most cooks advise setting the eggs out of the fridge to come to room temperature before boiling. The term “boiling” here is deceptive; you actually want the water simmering, not boiling.

Smith, Delia. How to Boil an Egg. Retrieved December 2009 from http://www.deliaonline.com/how-to-cook/eggs/how-to-boil-an-egg.html