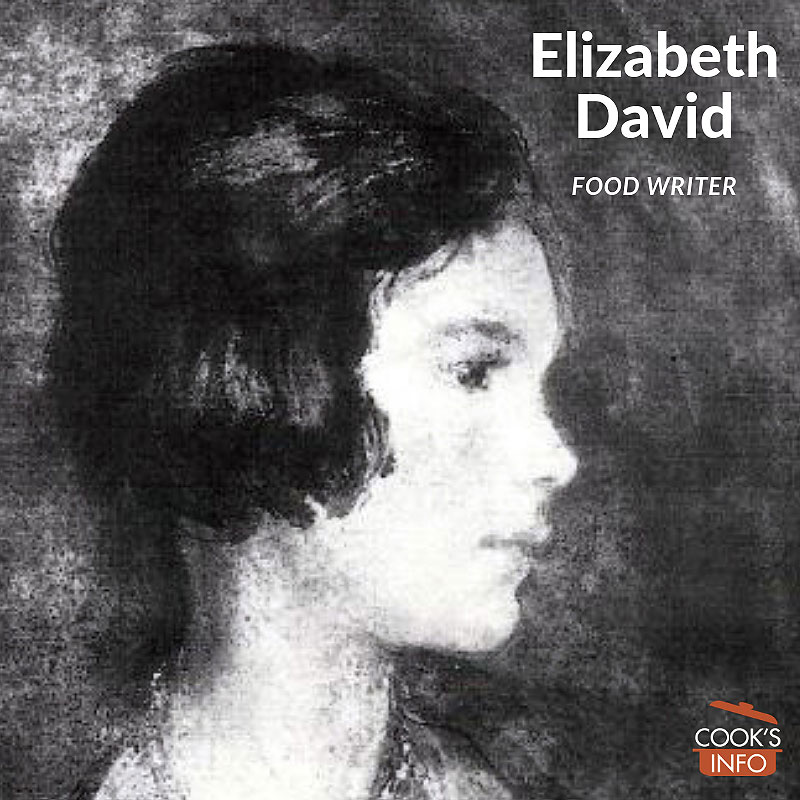 She was the first cookbook writer not to be a general “home economist”, or a “chef.” Her books were seen as serious and well-researched. She had a different writing style from all others before here: she was neither practical nor humble, but evocative, descriptive and lavish, talking about food ingredients and not just recipes that used them, drawing on literature and history to give the reader a deeper appreciation for the ingredients.

A good deal of the material in her books is actually travel writing; she’ll describe orchards and markets, and try to capture flavours, colours and smells. Sometimes, it almost appears that the food is merely a vehicle to capture and make manifest the descriptions she gives of different ways of life. While other cookbook writers were still focussing on how to teach people in England how to cook with less, or to adopt bits of foreign cooking into English cooking, Elizabeth David went whole hog and offered a complete immersion experience.

She was a bit of a food snob, a middle-class writer for a middle-class audience, and certainly not the kind of person to bother with anything such as leftovers — though many foodies in the same social class find this appealing. Though she professes to despise elaborate food and prefer simple instead, sometimes she is very clearly insistent that the simple doesn’t necessarily mean uncomplicated. And though her recipes from other countries may have been cheap, everyday recipes made by peasants there, when imported to English-speaking countries they were complicated and drew on ingredients selling at prices that the original practitioners of the recipes couldn’t have possibly afforded.

Elizabeth was a very private person, and didn’t give away any of herself in the books. Few of her contemporaries knew that she’d had both male and female lovers, according to her biographer, Artemis Cooper (Writing at the Kitchen Table: The Authorized Biography of Elizabeth David.) Sometimes, her thoughts get crotchety: she was very opinionated, and didn’t suffer fools gladly.

Elizabeth was the first English food writer to achieve popular recognition in North America since perhaps the late 1700s.

Elizabeth David (née Gwynne) was born 26 December 1913 to Rupert Gwynne (who was the Conservative MP for Eastbourne) and Stella Ridley Gwynne. She and her three sisters grew up in a house with staff in Wooton Manor, Sussex.

She went first to boarding school, then to the Sorbonne in Paris for two years, then to Munich to study German. By 1933, at the age of twenty, she was back in London, trying her hand at acting.

In 1939, she simply left England with a married man, Charles Gibson-Cowan. The two bought a boat and planned to sail around the Mediterranean. They were arrested off Sicily by the Italians as British spies, and their boat confiscated. They managed to get to the Greek island of Syros, and stayed there until it was bombed, whereupon they joined the refugees streaming to Cairo, still in British hands. Elizabeth got a job for the British Ministry of Information at a reference library there, abandoned Charles, and got married to a Lieutenant-Colonel Tony David.

Later, she and Tony David went to India for eight months. By 1946, she had returned to London, and began to write food articles. In 1949, she got a hundred pound advance from a publisher, John Lehmann, for her book that would be called “A Book of Mediterranean Food” (published 1950.)

Her first book, published in 1950 called “Mediterranean Food”, was essentially a piece of imaginative fiction for its English readers. They couldn’t get half the ingredients she described, owing to rationing, and some hadn’t been available even before rationing, but she created an interest in these food ingredients and a desire to try them, by making foods that people had heard of yet, such as courgettes (aka zucchini) and avocados sound very appealing in her writing. 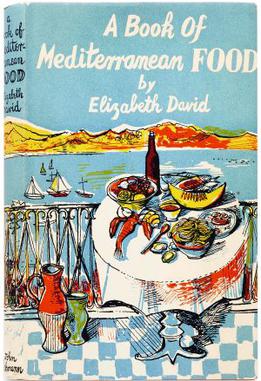 In 1952, she spent eight months in Italy doing research for her 1954 book, “Italian Food”, and throughout the 1950s, she did food and travel journalism pieces for Vogue magazine.

In 1965, she opened along with some business partners opened the Elizabeth David Cookshop in London, England. She sold off her interest in it in 1973 after disagreements with the partners. One item she disagreed with was their deciding to stock garlic presses to meet customer demand for them. She did not believe in garlic presses.

“She was a stickler where it counted. In 1973, she parted company with her partners in the Elizabeth David Cookshop (purveyors of fine pans) over their insistence that the store stock garlic crushers and other objectionable appliances.” [1]Elizabeth David. Manchester, England: The Guardian. 16 September 1999. Accessed August 2019 at https://www.theguardian.com/theguardian/1999/sep/16/features11.g22

Her passionate hatred of garlic presses did not lessen with the years. In 1986, she told Tatler Magazine:

As of August 2019, there still appears to be one remaining Elizabeth David Cookshop, at 22 Fitzroy Street, Cambridge, England.

She lived in Chelsea, London, at 24 Halsey Street. 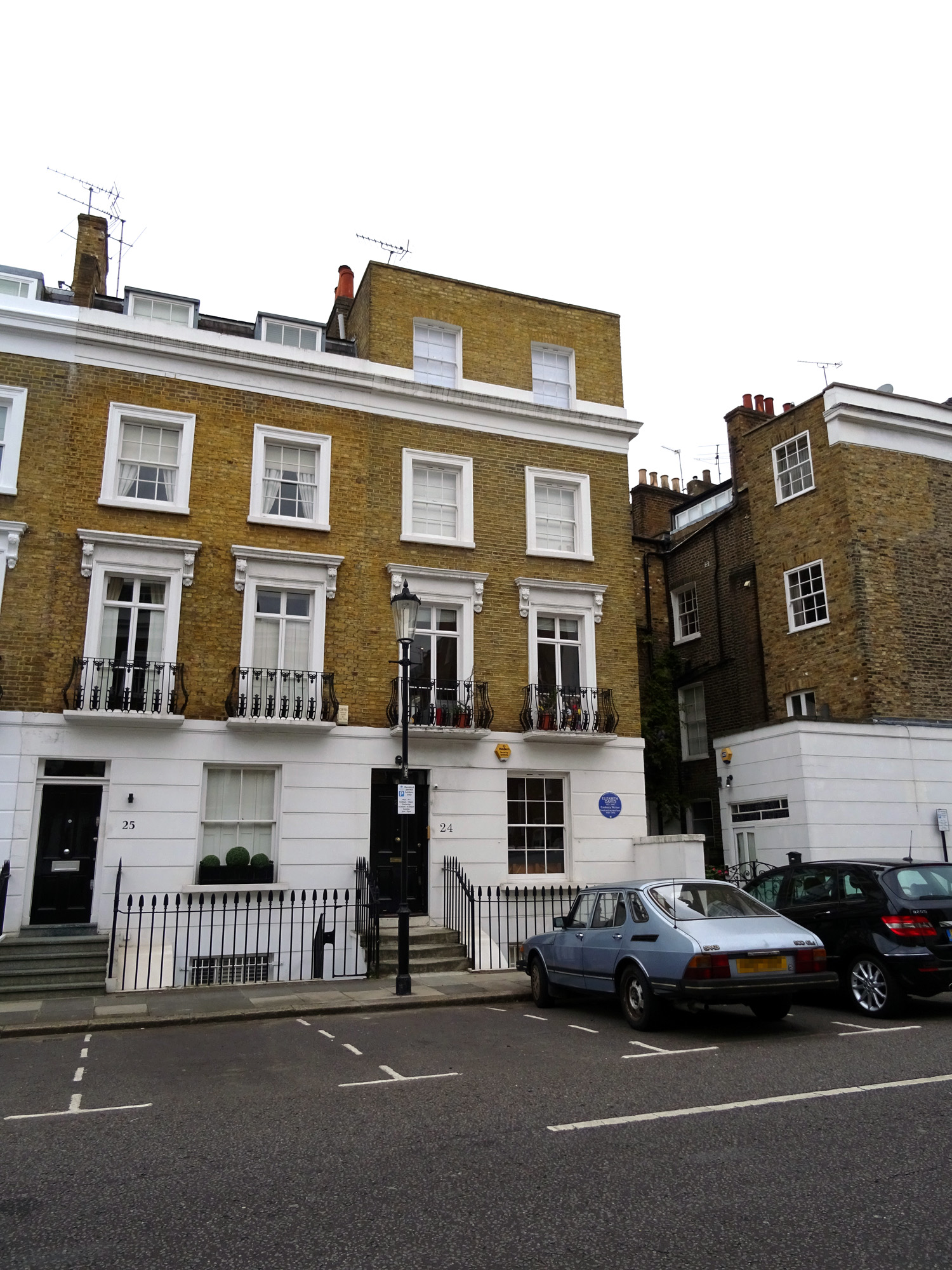 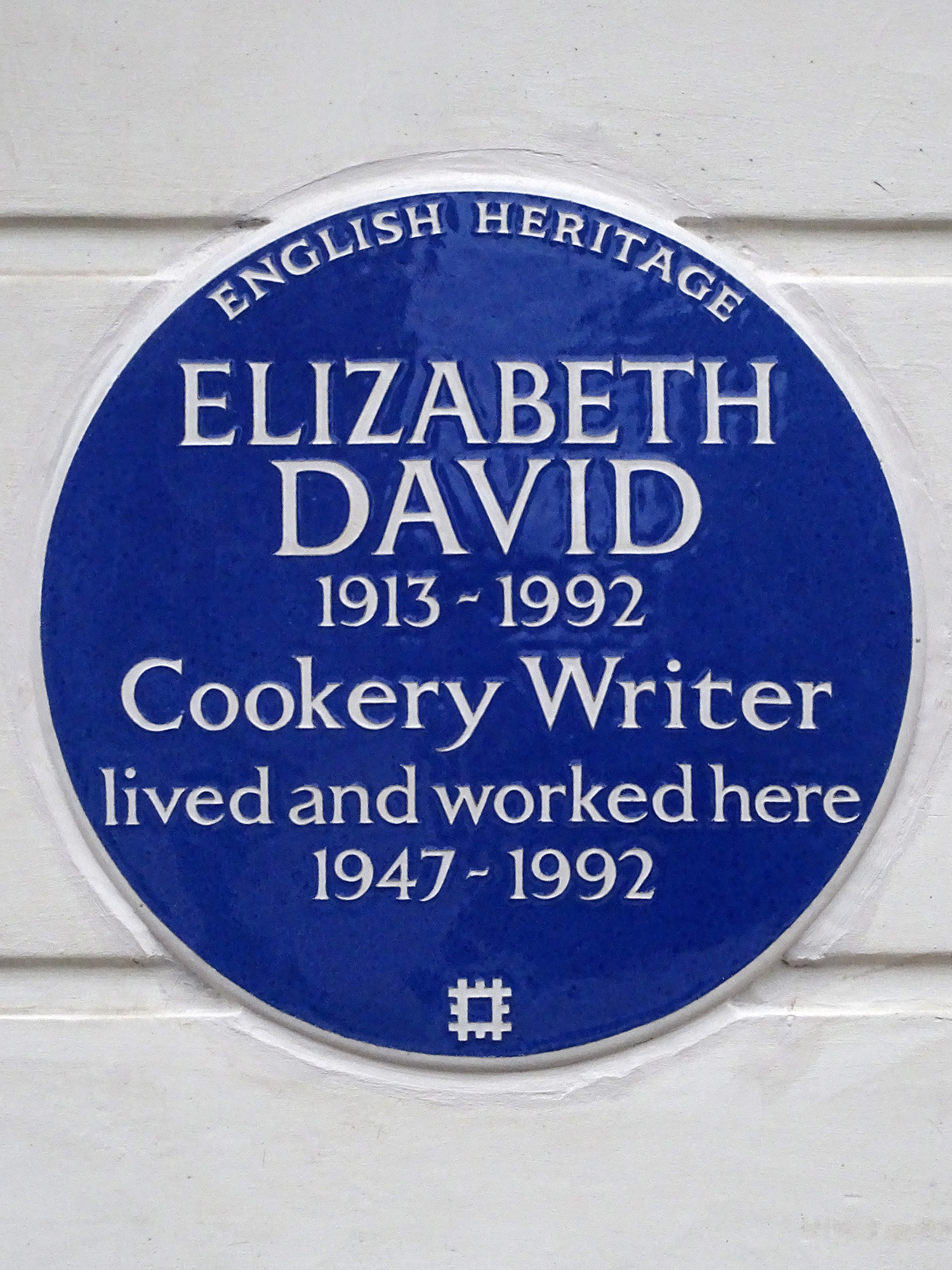 Since 2003, her papers have been at The Schlesinger Library of the Radcliffe Institute for Advanced Study at Harvard University. 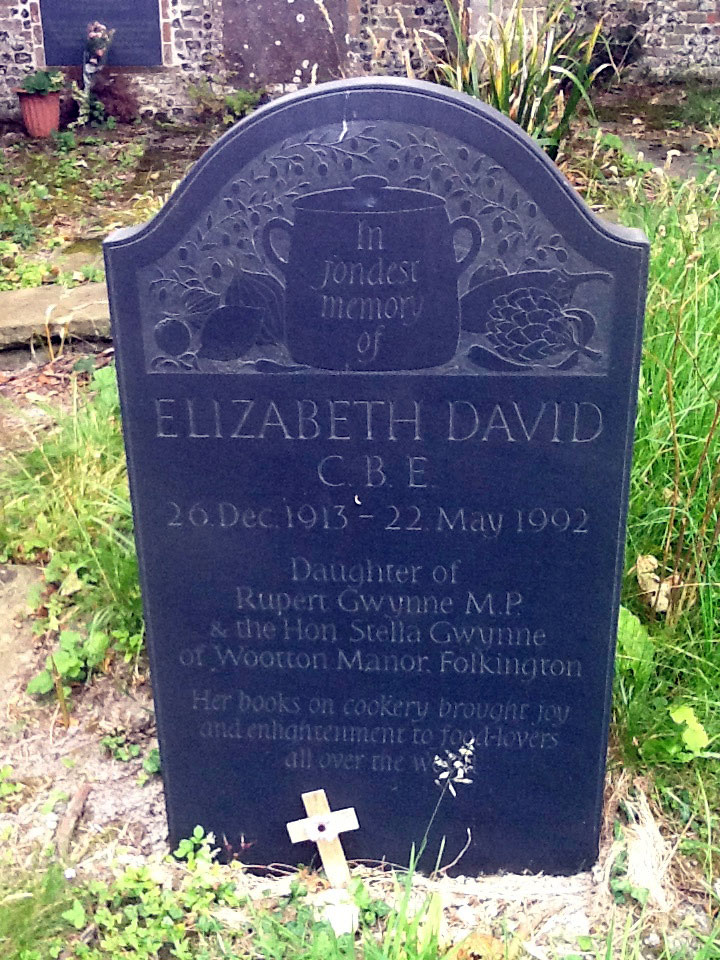 She did not like the herb sage: “Of that very English herb sage I have very little to say except that… it seems to me to be altogether too blatant, and used far too much; its all-pervading presence in stuffings and sausages is perhaps responsible for the distaste for herbs which many English people feel.” She liked dried sage even less: “It deadens the food with its musty, dried blood scent.” [Elizabeth David. Summer Cooking. 1955.]

“Summer cooking implies a sense of immediacy, a capacity to capture the fleeting moment.” — Elizabeth David

“For the ideal picnic there has to be water, and from that point of view, France is wonderful picnic country, so rich in magnificent rivers, waterfalls, reservoirs, that it is rare not to be able to find some delicious spot where you can sit by the water, watch dragonflies and listen to the birds or to the beguiling sound of a fast-flowing stream. As you drink wine from a tumbler, sprinkle your bread with olive oil and salt and eat it with ripe tomatoes or rough country sausage you feel better off than in even the most perfect restaurant. During one golden September in the valleys of the Corrèze, the Dordogne and the Lot, I enjoyed just such picnics, day after blazing day. The tomatoes that year and in that region were so rich and ripe and fragrant that I shall forever remember their savour. Then, one day in a pastry shop in Beaulieu-sur-Dordogne, we bought a tarte aux mirabelles made with yeast pastry. Those little round golden plums of early autumn on their light brioche-like base made an unexpected and memorable end to our outdoor feast. Another year it was Normandy, early autumn again, and daily picnics in the magnificent forests of Mortagne, Brotonne and Bellême, in clearings where foxgloves grew high amid the bracken, and water was always within sight. Once or twice we sat by the banks of the Seine, looking at landscapes and riverscapes which Corot had surely painted.” — Elizabeth David. In Of Pageants and Picnics. London: Penguin. 2005.

Video by Joan Norman, who was for many years Elizabeth David’s publisher

Scene from Elizabeth David: A Life in Recipes (2006)