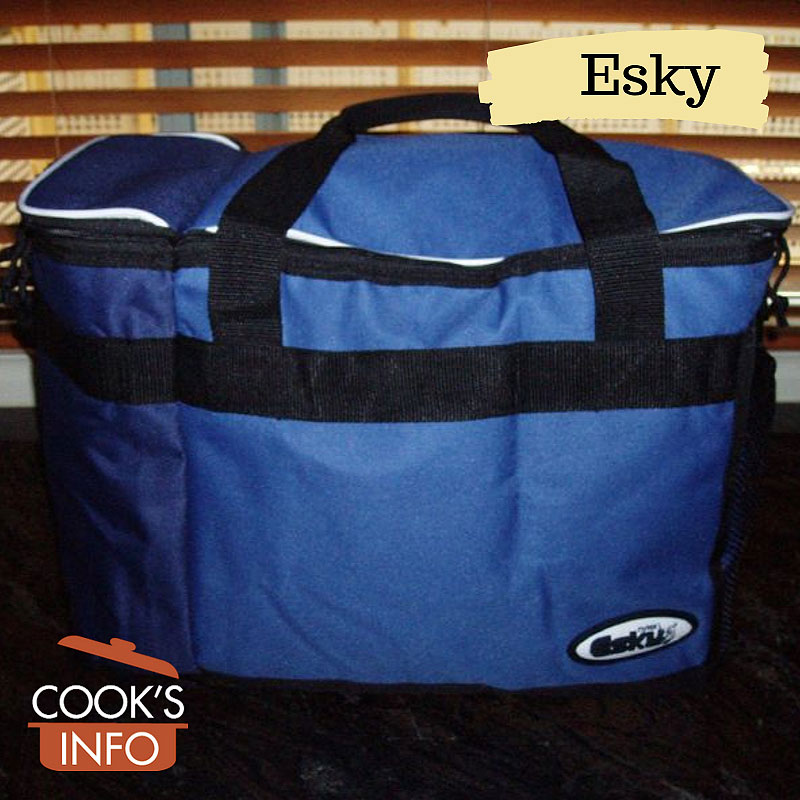 An Esky is a Australian portable insulated food cooler with a hinged lid or removable lid, depending on model and vintage of the model; it is a common item in many Australian homes.

They come in varying sizes; small ones can be used as lunchboxes; larger ones can act both as a chiller, and a seat.

Eksys are often filled with beer cans to take to events. They can also be used to bring frozen and chilled foods home from supermarkets.

The Esky was created in Sydney, Australia by a refrigeration company called Malley’s (established 1884). They were first sold in the summer of 1952.

They came on the market at a time after the Second World War when Australians were starting to indulge in family car travel and picnics.

Originally, the outside was baked green enamel on steel with polished chrome trimmings, with sheets of cork providing the insulation inside. It had three food trays in it, and could hold 6 bottles up to 1 pint size each. It was sold as the “Esky Auto Ice Box”, and advertised as essential item for the trunk of the car.

In 1955, they launched a smaller version for use outside of cars, for instance taking on walks or on buses.

Plastic (actually “polypropylene”) ones first appeared in 1984, with the inside insulating layer made of polyurethane as well. The 1984 model still had some some metal parts.

They have since become entirely all plastic. The all plastic model makes it lighter to carry.

The size has also increased over the years, from an average size of 26 litres capacity to 50 litres.

Malley’s was purchased by Nylex in 1981.

Esky is short for “Eskimo”; they had a cartoon Eskimoo as their “mascot” starting in 1959 until around 1989.

Even if the portable food cooler is not actually an Esky brand one, all such boxes are called generically “eskys” now. Despite this, the company understandably still defends its trademark on the actual name. 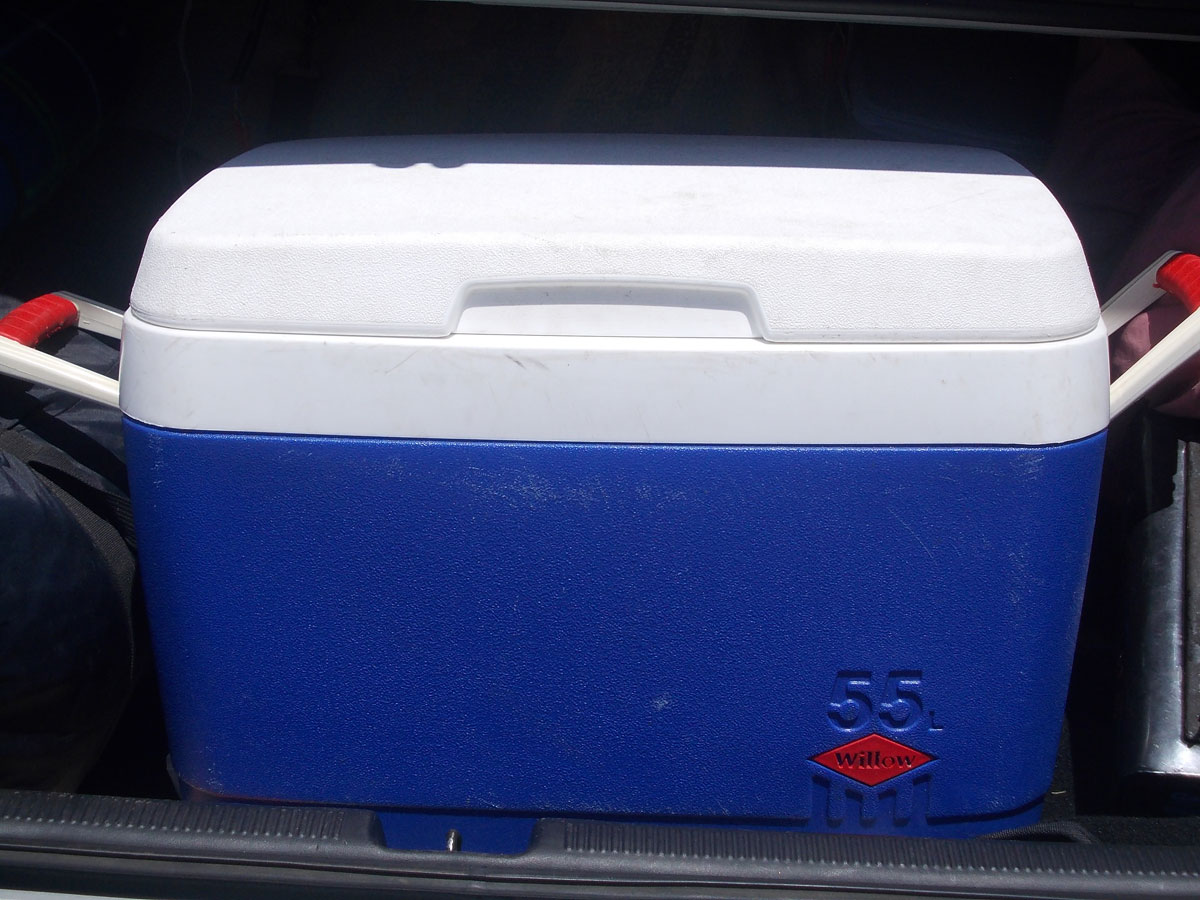 A Willow brand cooler, which Australians would refer colloquially to as an “Esky.” Lianna Henwood / wikimedia / 2013 / CC BY-SA 3.0

This web site generates income from affiliated links and ads at no cost to you to fund continued research · Information on this site is Copyright © 2023· Feel free to cite correctly, but copying whole pages for your website is content theft and will be DCMA'd.
Tagged With: Australian Food