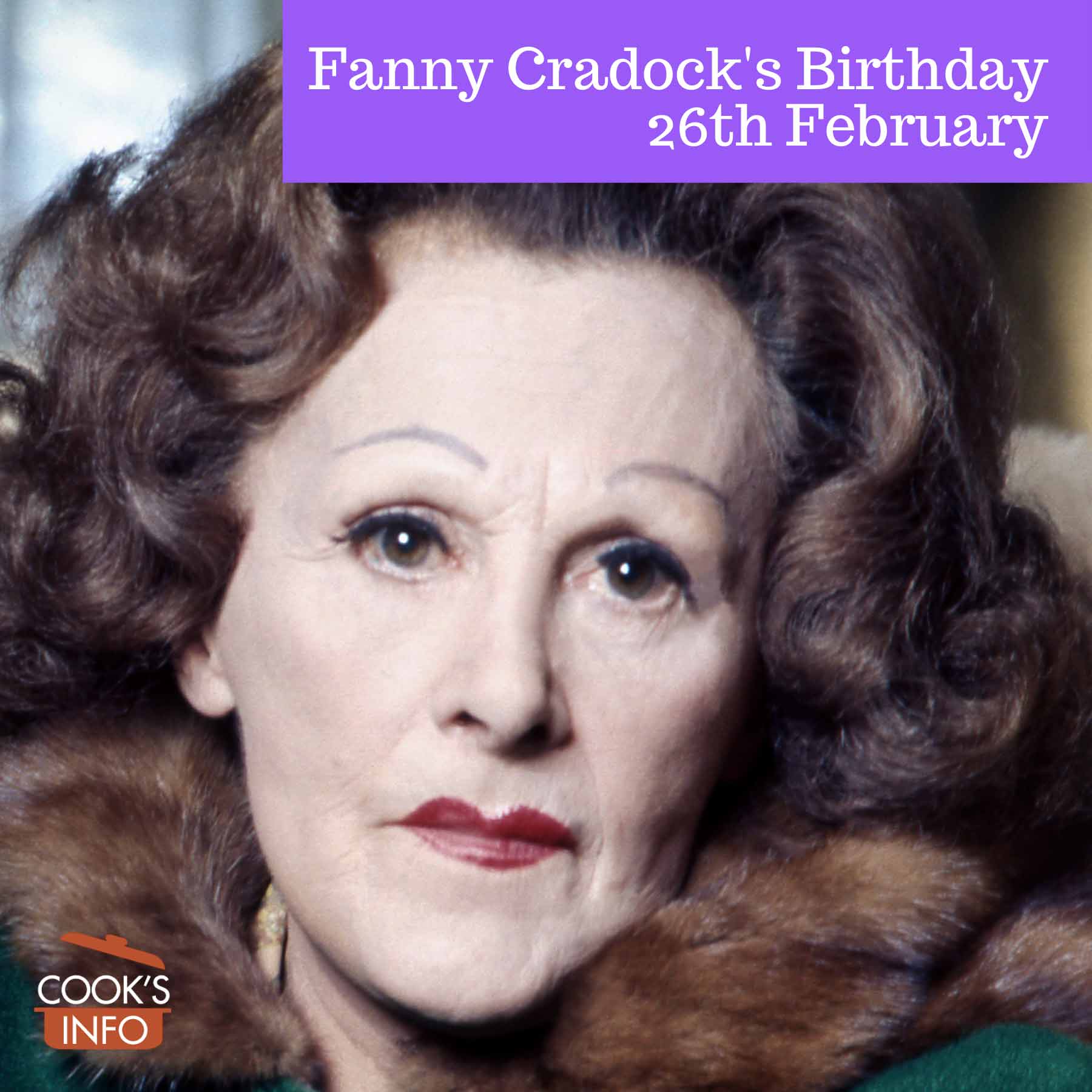 The 26th of February is Fanny Cradock’s Birthday.

Fanny Cradock was a English TV cooking personality who ruled the culinary airwaves in England for nearly 20 years, as famous for her eyebrows as she was for her lurid-coloured creations. She first appeared on the scene when interesting English food was considered a contradiction in terms, but if nothing else, the results coming out of her kitchen raised eyebrows.

Some of her combinations were downright bizarre: in the 1950s, she encouraged people to make pizza using puff pastry as the base.

She was born 26 February 1909 in Leytonstone, Essex, England.

Some people thought she was charmingly eccentric; others described her as Cruella De Vil. Some younger people now viewing clips of her are unsure at times if they have just seen a drag queen performance.

Wherever one thought of her, there was no denying she was a force to be reckoned with, and she established an English tradition of fascination with celebrity chefs who were forceful personalities.

She embodied a type of Hyacinthe Bucket aspirational snobbery in cookery: “She always said she wanted her viewers to make things that would upset the neighbours they had never liked. Get one up on her that lives two doors down…” [1]Kevin Geddes quoted in: Campbell, Craig. The Fanny Cradock story: Take a measure of tragedy, add a pinch of style, then mix that all in with true love. Glasgow, Scotland: The Sunday Post. 29 February 2020. Accessed March 2021 at https://www.sundaypost.com/fp/the-fanny-cradock-story-take-a-measure-of-tragedy-add-a-pinch-of-style-then-mix-that-all-in-with-true-love/