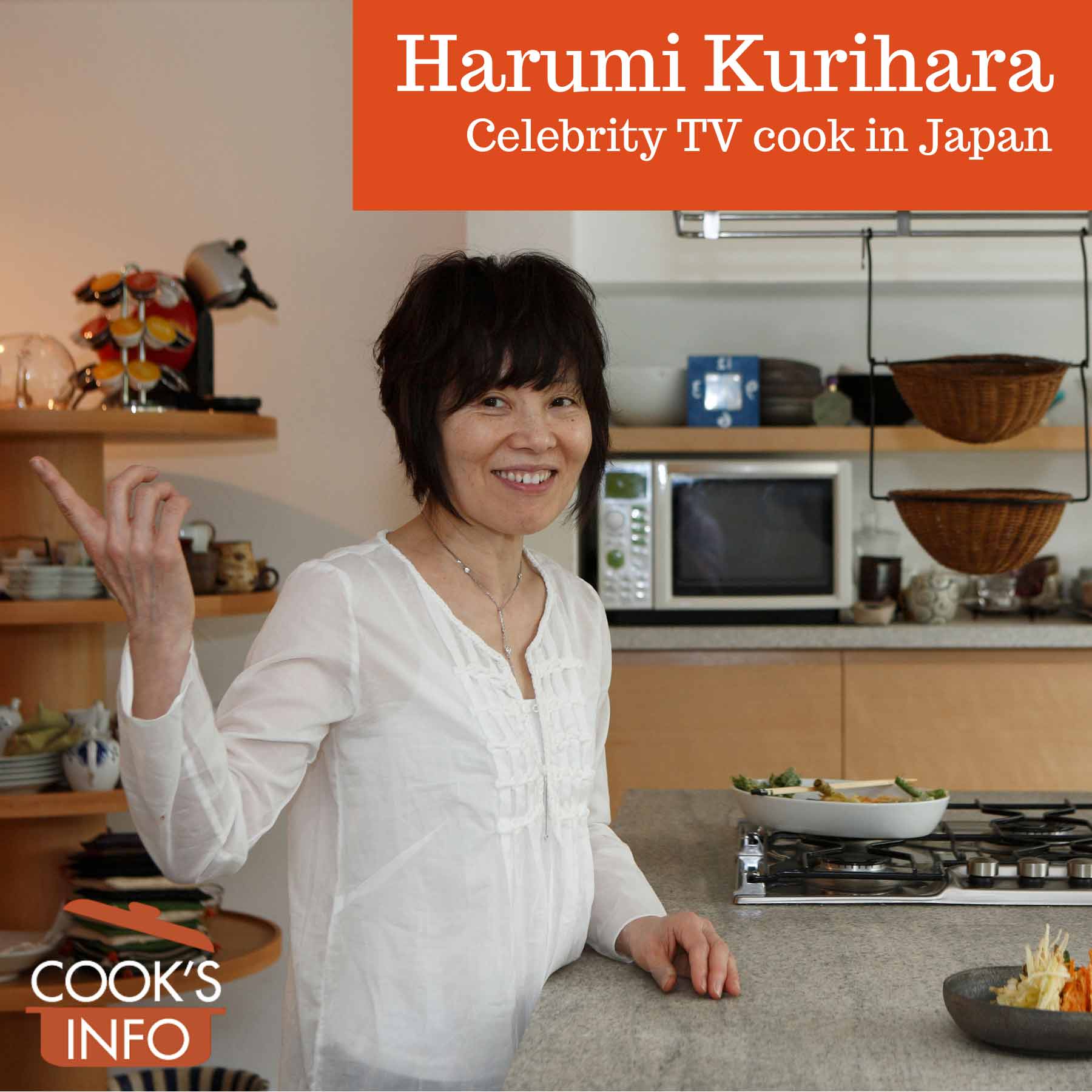 Harumi Kurihara (栗原はるみ) is a celebrity TV homemaker in Japan, and the author of around 40 cookbooks, with 15 million in sales (as of 2009.)

Her fans are known as “Haru-ra.” The Western press often calls her “Martha Stewart of Japan”, which she dislikes.

She was born in 1947 in Shimoda, Shizuoka Prefecture, Japan where her parents still lived (as of 2005.) Her family had a printing business that her mother helped with, while also running the household.

When she was 26, she married Reiji Kurihara, who became a TV anchor. Reiji encouraged her to find work outside the home. She wasn’t sure what to do, as she had only worked a few times before, and that was in the kitchens at the Suzaki Imperial Villa in Shimoda, the summer home for the Japanese royal family.

Entering the world of food

A friend of her husband, seeing her natural skills with food, got her a job around 1981 as an assistant on a TV food programme called “Yushoku Banzai (Cheers for Dinner)”, at which she worked for three years.

Around 1984, through someone else her husband knew, she was asked to do a monthly article for a women’s monthly magazine called “Lee.” All the articles were a minimum of 10 pages. (She was still writing for Lee 20 years later, as of 2005.)

In 1992, she published her first cookbook, “Gochisosama Ga Kikitakute!” (meaning, “I want to hear you say delicious!”) The publisher fought against the title but she held her ground. The book was so successful that the publisher even got thousands of letters from readers asking where they could buy the dishes in the photos in the books.

She went on to have her own TV shows, and publish more cookbooks. She also publishes a quarterly magazine called: Suteki Reshipi (Lovely Recipes.) Her fans like the way that she simplifies traditional Japanese food for them. For instance, she believes in using up leftovers in recipes, and doesn’t like recipes that call for a little bit of one ingredient that leave you with a lot of it leftover that you can’t use.

In April 2004, she came to Canada to study English as a second language to help her start reaching broader audiences.

Her first English book was “Harumi’s Japanese Cooking,” published 2004 in the UK. It won the Gourmand World Cookbook Awards grand prize for 2004. In 2005, it was translated into French as “Aujourd’hui je cuisine Japonais”, and in 2005, published in America with American measurements.

In 2005 & 2006, she was recruited to help promote Australian Beef. “As part of her contract, Kurihara writes recipes using Australian beef and includes articles about it in her magazine.” [1] Cameron, Deborah. Move over Martha, a star has risen in East. Sydney, Australia: Sydney Morning Herald. 21 March 2005.

Kurihara’s company is called Yutori no Kukan (Relaxed Space.) It runs restaurants and department-store outlets. Her husband is the president of the company, and her son Shinpei works for it as well. The couple also have a daughter, Tomo, who is a chef. 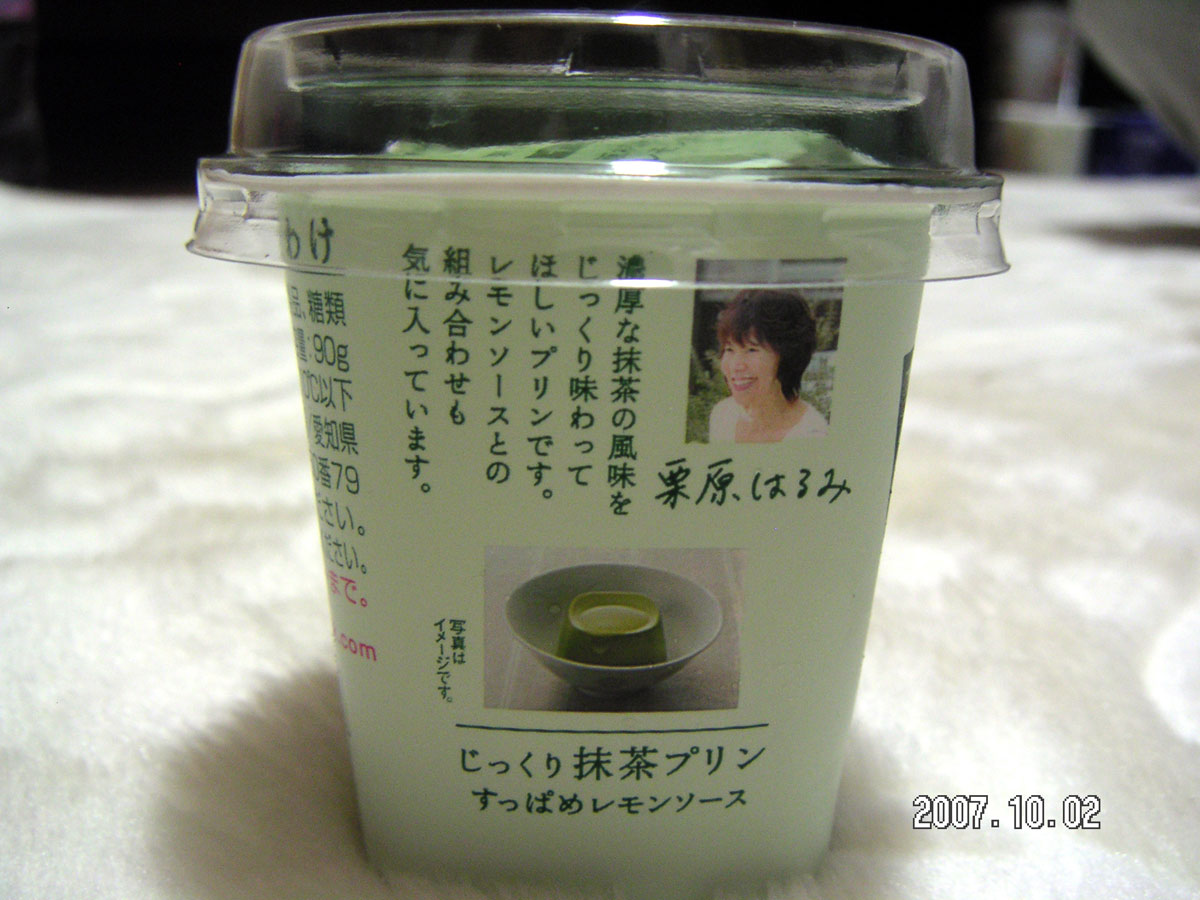 Kurihara is not afraid of drawing on Western ingredients that are available now in Japan. She will merrily grate Parmesan onto Japanese dishes. And, in teaching Westerners, she likes them to know that soy sauce and butter taste great together. And she’ll draw on modern appliances as often as she can to save labour, provided the taste result is the same. For instance, most households in Japan now order in their traditional New Year’s food (called “osechi-ryori”) as it is so time consuming to make, but Kurihara runs up menus that reduce the time through microwave oven methods.

To Kurihara, the presentation of food is such an extremely important element that she even has her own brand of kitchenware now. “I would become so bored if I could only use round plates.” [2]Adams, Wanda A. ‘Martha Stewart’ of Japan. Honolulu Advertiser. 26 April 2006.