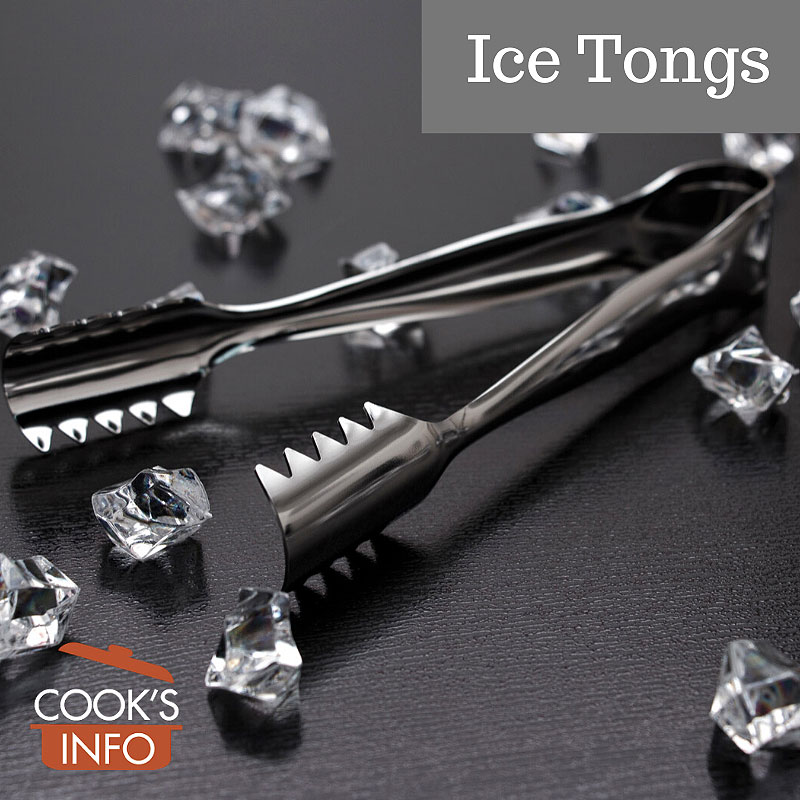 Ice tongs (more precisely– ice cube tongs) are made from one continuous piece of metal, bent into tongs, curved at the bend, and with claws or serrated teeth at the gripping-part end to allow a firm grasp of slippery ice cubes. Some, instead of teeth, have concave (bowl-shaped) ends with indents in them.They are usually used for transferring ice cubes, one at a time, into a drink glass.

They can be made of silver, silver-plate, stainless steel, and sometimes brass.

They can be too flimsy to use for other food items, unless these other items are very small and light.

Ice tongs are a standard part of a bar tender’s kit. 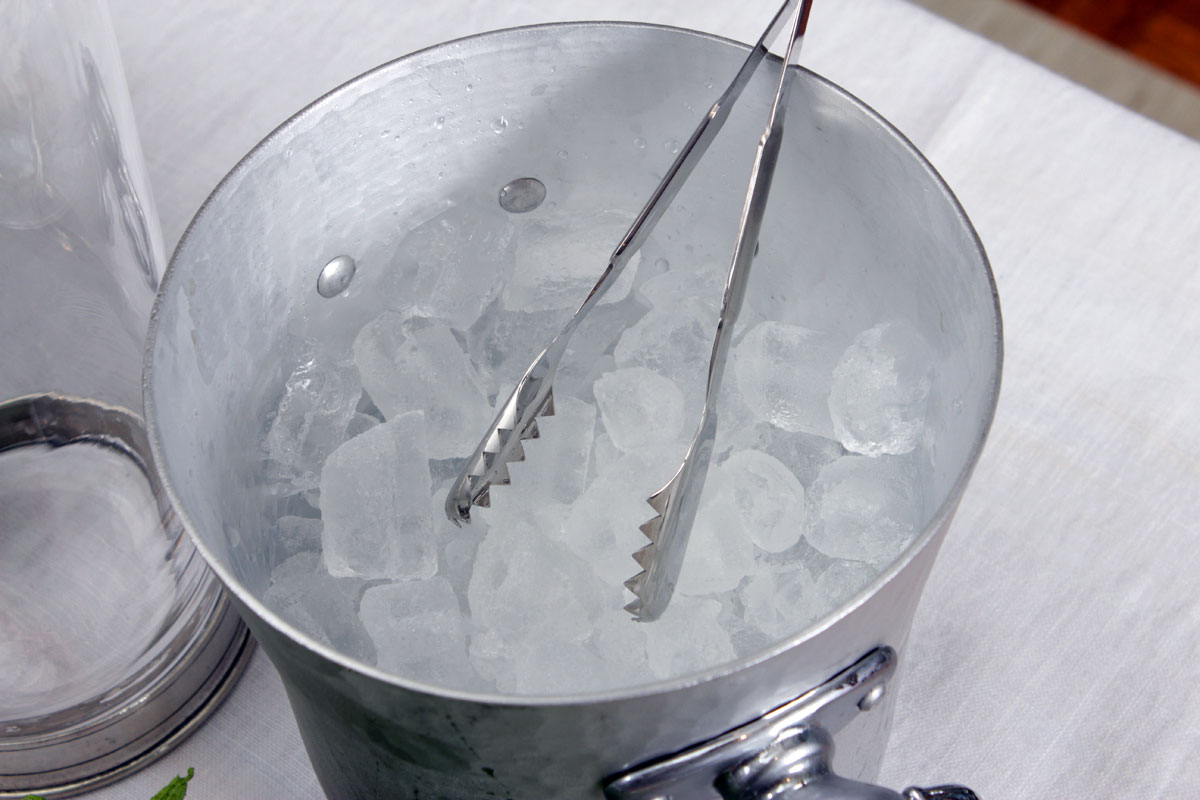 Commercially, much larger ice tongs were used for heaving large blocks of ice around and delivering them to homes for ice boxes. They ended in picks that pointed in at each other, to dig into the block of ice. Now, such ice tongs are usually available only at antique stores. 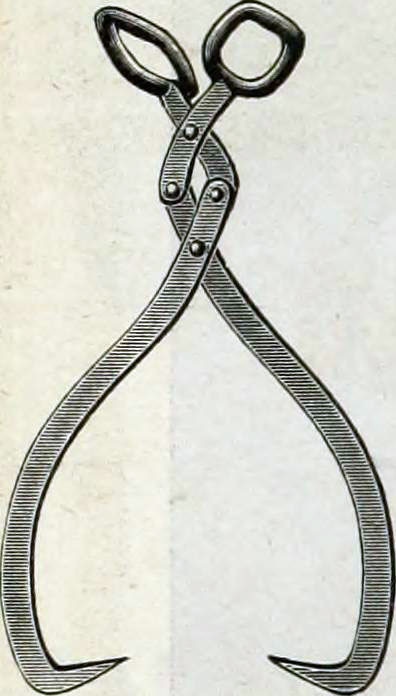 This web site generates income from affiliated links and ads at no cost to you to fund continued research · Information on this site is Copyright © 2022· Feel free to cite correctly, but copying whole pages for your website is content theft and will be DCMA'd.
Tagged With: Ice, Kitchen Tongs