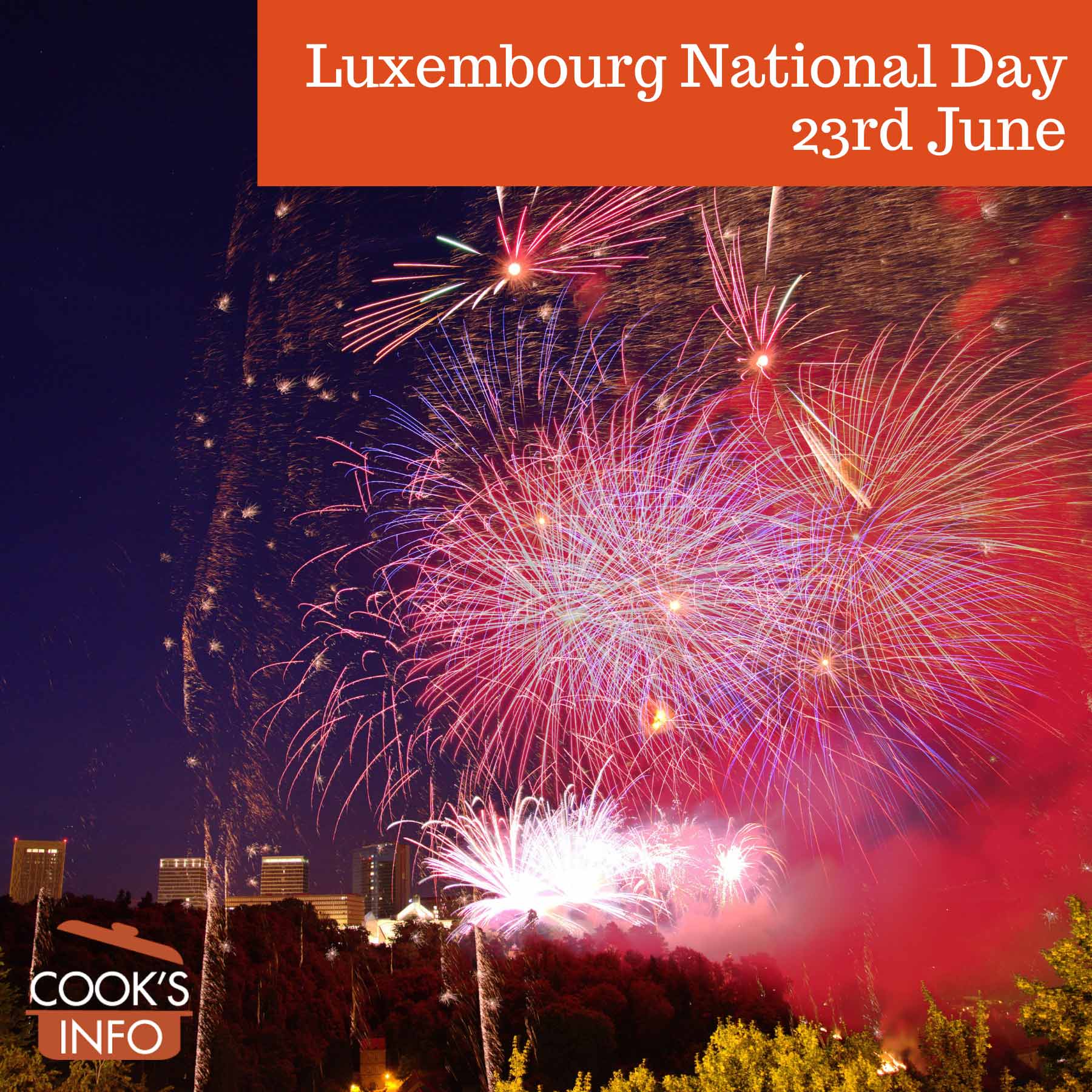 The 23rd of June is the National Day of Luxembourg.

The day celebrates the birthday of the Grand Duke of Luxembourg.

It’s not actually his birthday. The actual birthday of the current Grand Duke (as of 2021), Henri, is the 16th of April. But in 1961, the government of Luxembourg took the eminently practical decision of fixing the official celebrations on the 23rd of June because it is a date which almost always guarantees nice, good summery weather for outdoor festivities.

The centre of Luxembourg City becomes one big outdoor party zone for nearly 48 hours, with lots of street food and bars, and outdoor dancing at night.

Restaurants are booked full with friends and families meeting up for meals so it is best to book well in advance.

There are also concerts, fireworks, and parades.

The celebrations start the day before on the 22nd June. Each year on this day, the Grand Duke travels to a different municipality and visits various community facilities there such as museums, schools, and social services sites to cut ribbons, etc..

Back in Luxembourg City, around 4 p.m., a Changing of the Guards Ceremony takes place outside the Grand Ducal Palace.

By the evening, the streets are jam packed, and live music stages and outdoor bars have set up. At 9 p.m., there is a torchlight procession of people dressed up in traditional costumes, marching bands, and floats. This is followed by fireworks at 11 p.m.

After that, many people head back to the bars to party and dance in the open air all night through.

The next day, the actual official day, turns out to be a relatively quiet one because often people have partied until late into the night, and are sleeping it off — or nursing a headache.

Many stores will be closed today.

Awards and honours are presented to various worthies in the morning at 10 a.m., then at 11 a.m. there is a 21 gun salute, followed by a military parade. At the end of the afternoon, there is a big service at the cathedral. 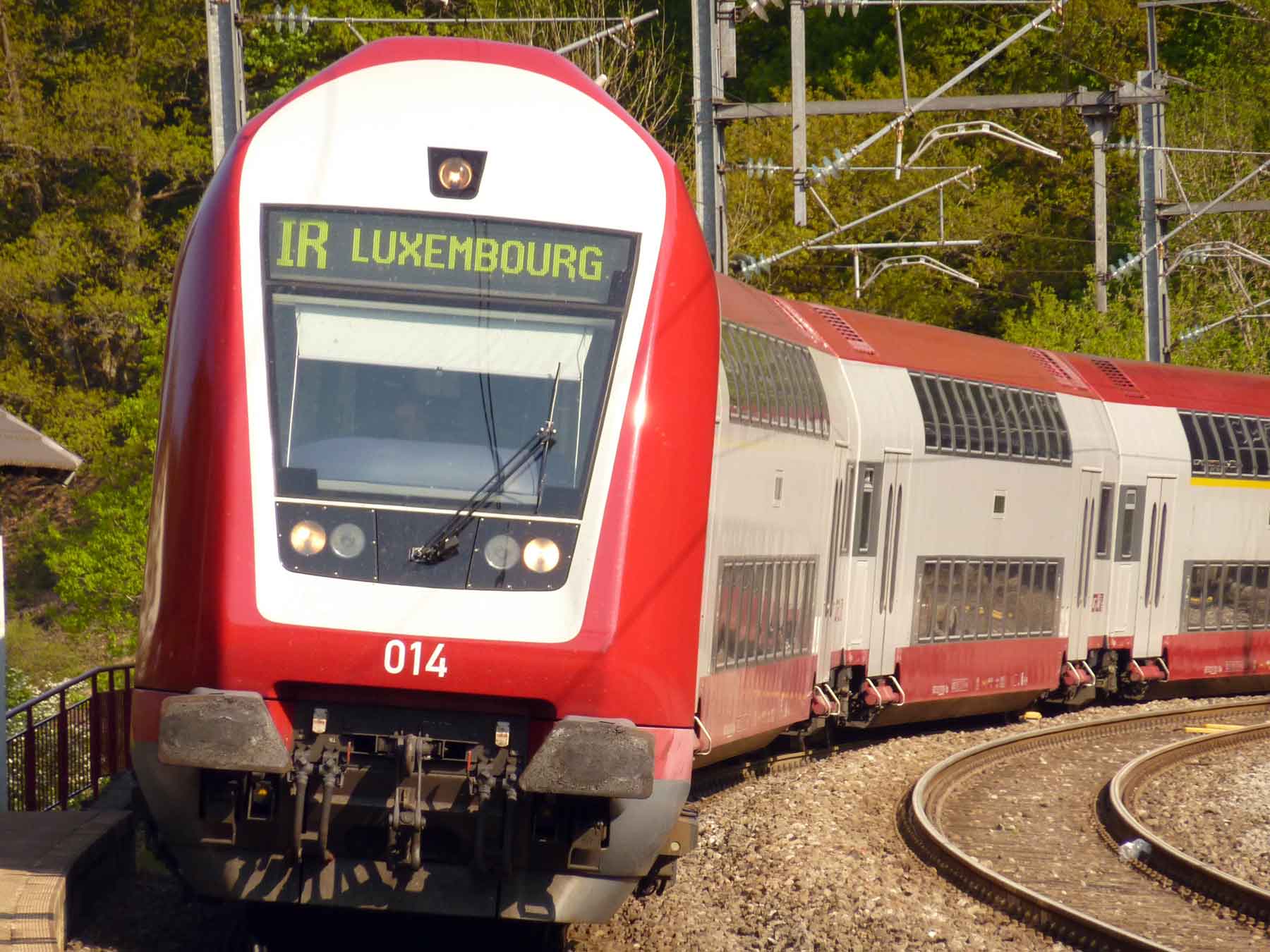 Before it was independent, Luxembourg was under Spanish, Austrian, French, Prussian and German rule, and associated with the Dutch crown, so there were lots of varying food influences over time. Here are some dishes you may wish to look up and try making:

“The most well known Luxembourgish dish is ‘Judd mat Gaardebounen’, which is smoked collar of pork with broad beans. Other traditional dishes include ‘Bouneschlupp’ (bean soup), ‘Ietsebulli’ (green pea soup), ‘Féierstengszalot’ (meat salad, calf’s head), ‘Kuddelfleck’ (tripe with a spicy tomato sauce), ‘Kniddelen mat Speck’ (dumplings with bacon) ‘Gromperekichelcher’ (potato fritters), ‘Rieslingspaschtéit’ (meat and pie with Riesling wine), Traïpen (fried blood sausage with apple sauce) and ‘Quetschentaart’ (plum tart). Of course, all this will go down even better if accompanied by some of Luxembourg’s own wine, beer or renowned crémant!” [1]A Taste of Luxembourg. Ministry of Economics, Government of Luxembourg. Accessed May 2021 at https://www.visitluxembourg.com/en/a-taste-of-luxembourg

Garside, Vicki. Luxembourg National Day: How to Celebrate Like a Local. MakeTimeToSeeTheWorld. 27 August 2018. Accessed May 2021 at https://maketimetoseetheworld.com/luxembourg-national-day/

Government of Luxembourg. National Day 2018. 21 June 2018. Accessed May 2021 at https://gouvernement.lu/en/actualites/toutes_actualites/communiques/2018/06-juin/21-fete-nationale.html

The story behind Luxembourg National Day. Luxembourg Times. 6 June 2017. Accessed May 2021 at https://luxtimes.lu/archives/1944-the-story-behind-luxembourg-national-day. 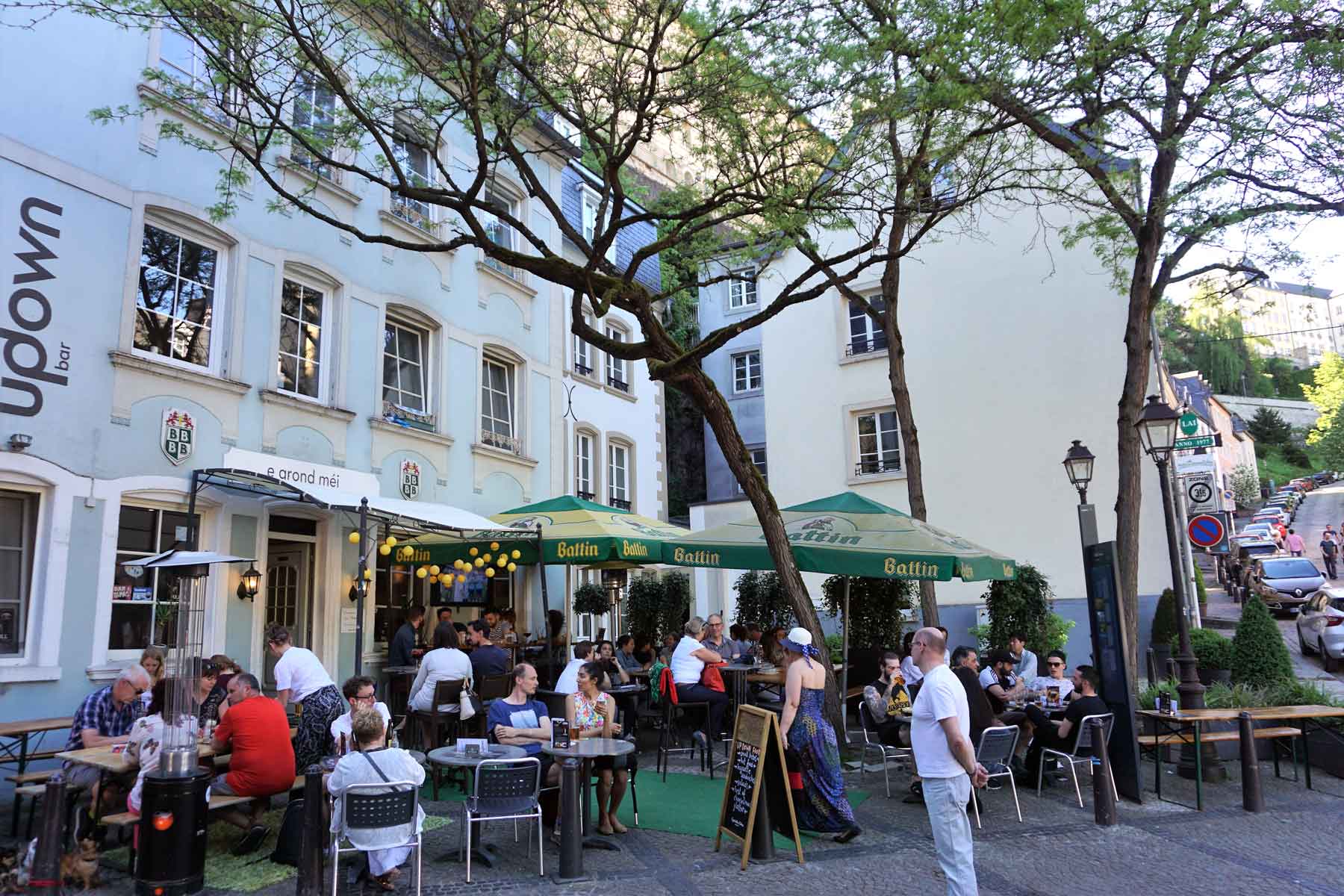