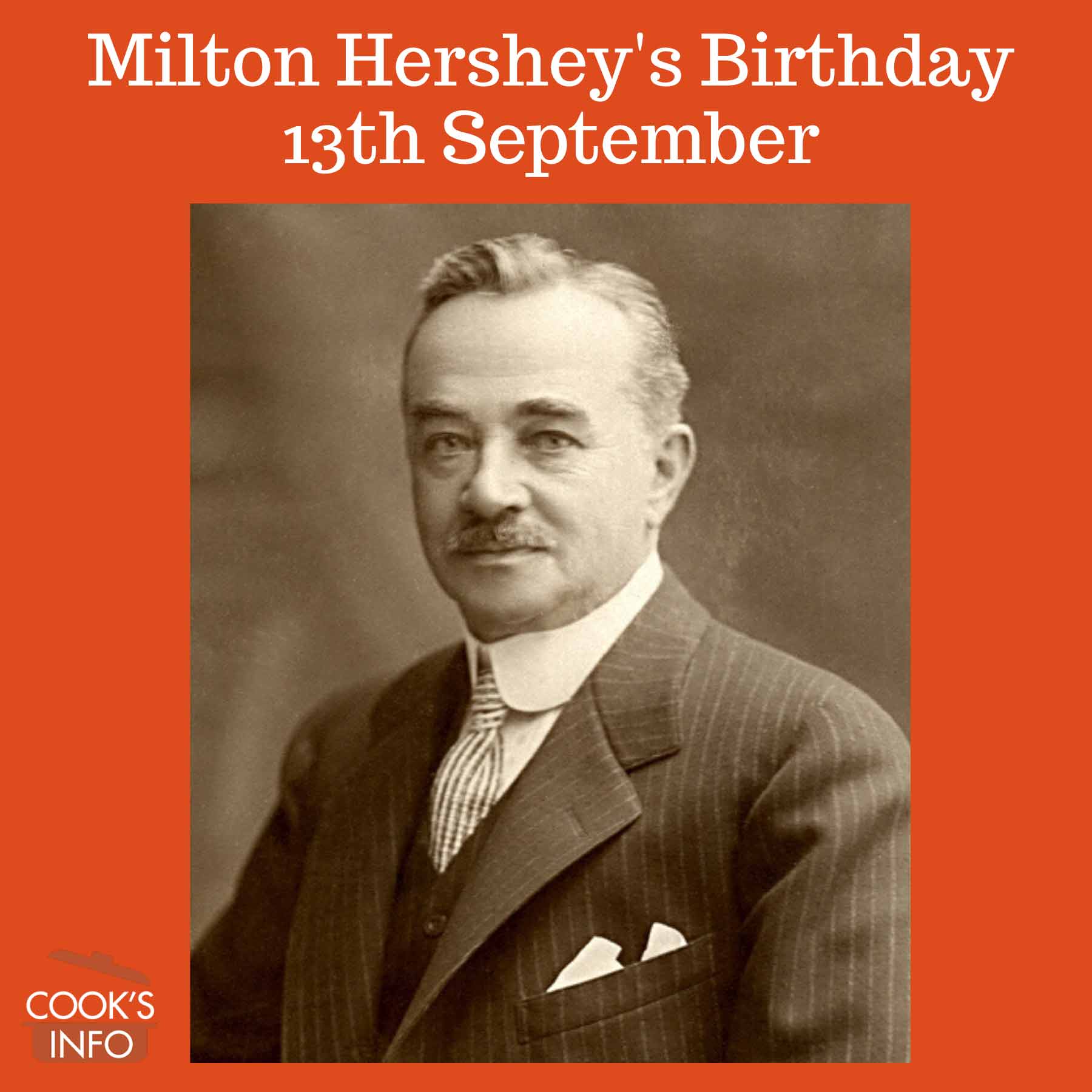 The 13th of September is the birthday of Milton Snavely Hershey.

If you’re not exactly sure who Milton Snavely was, but are wondering about the Hershey part, the answer is — yep, THAT Hershey.

His first success in the candy field did not come along until he was 40 years old.

He built a whole town, called Hershey, Pennsylvania, for his workers, along with a profit-sharing plan for them, and he made a point of not laying anyone off during the Great Depression. He found work for them however he could.

But he also insisted on no alcohol in the town, and that front lawns be mowed at all times. He became an iconic character of American industry, and his name would forever be associated with chocolate in the American mind.