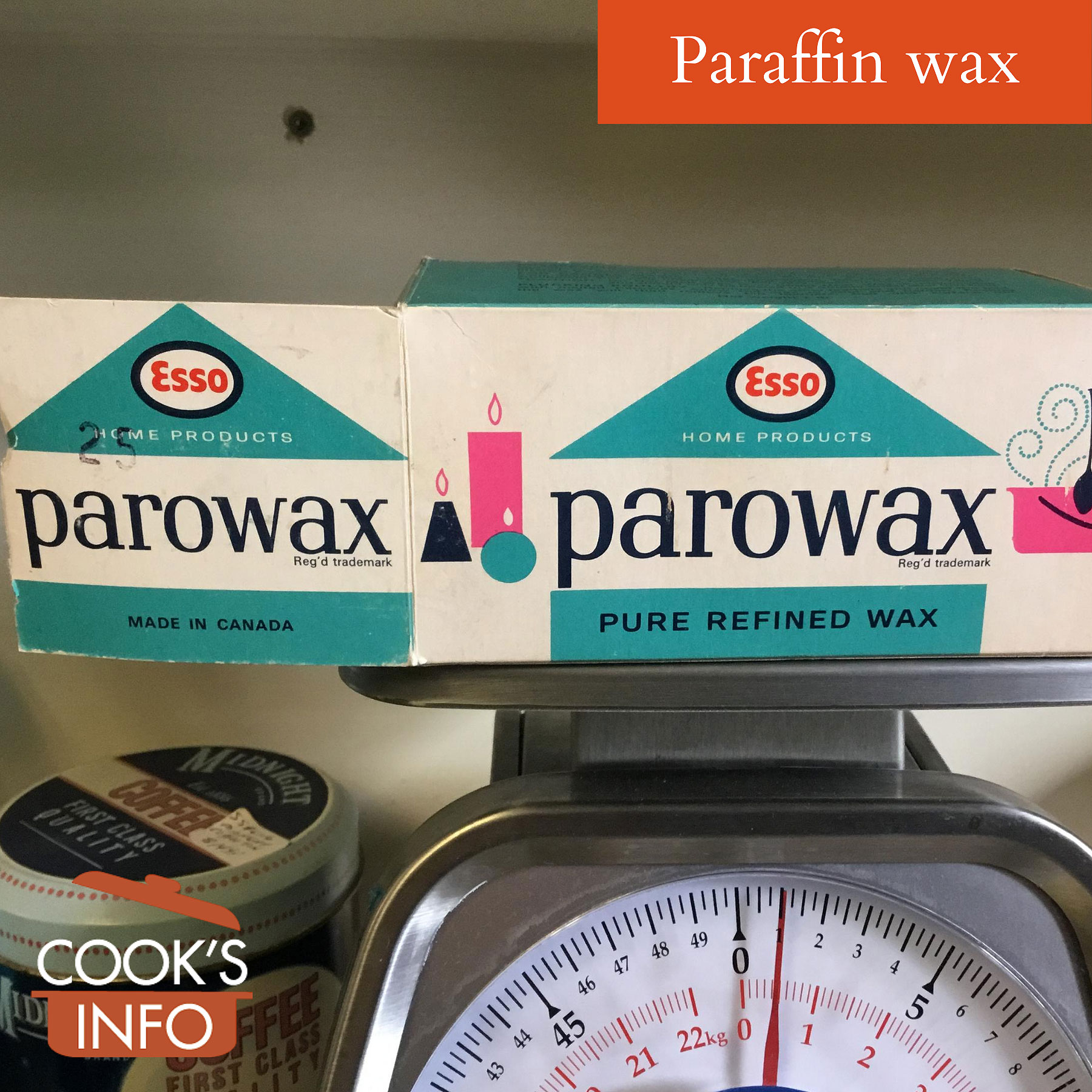 Paraffin wax is a white wax with no smell or taste. It is available in solid blocks and bottled liquid.

Technically paraffin is not a true wax. Though wax-like in appearance and behaviour, it is made from distilled petroleum that is then purified. It can also be made synthetically by converting carbon monoxide and hydrogen to paraffin hydrocarbons, then hydrogenating them, and possibly refining them through activated charcoal. Its formula is C n H 2n+2 (n can be a number between 22 and 27.)

Food grade paraffin is different from that used for candles. 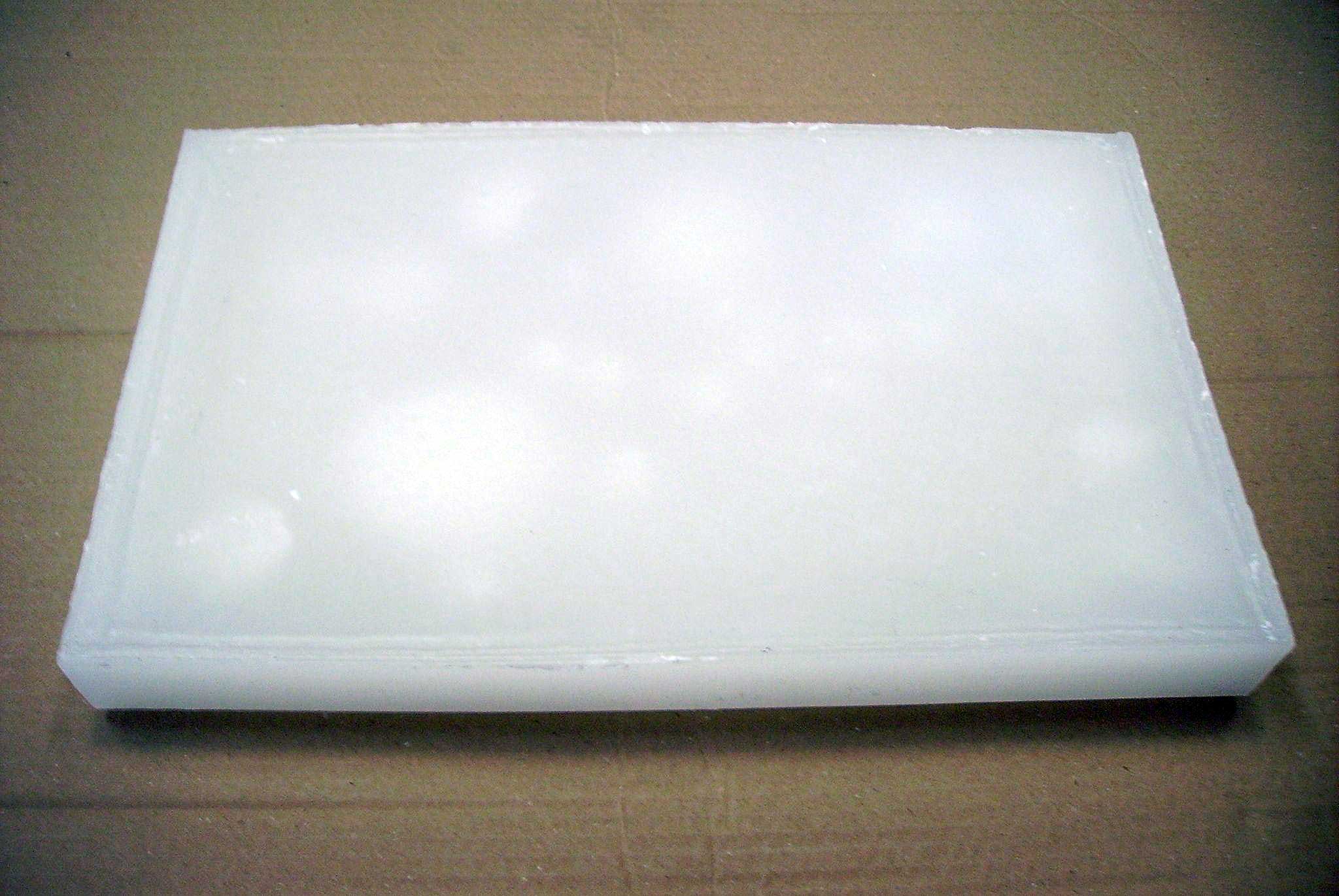 Paraffin wax has been used historically in the food world for various purposes such as coating cheese with, as an additive in chocolate, to coat waxed paper, as part of children’s candies, and in older usage, sealing the tops of jars of jellies and jams.

Some specific ways in which paraffin wax is used: 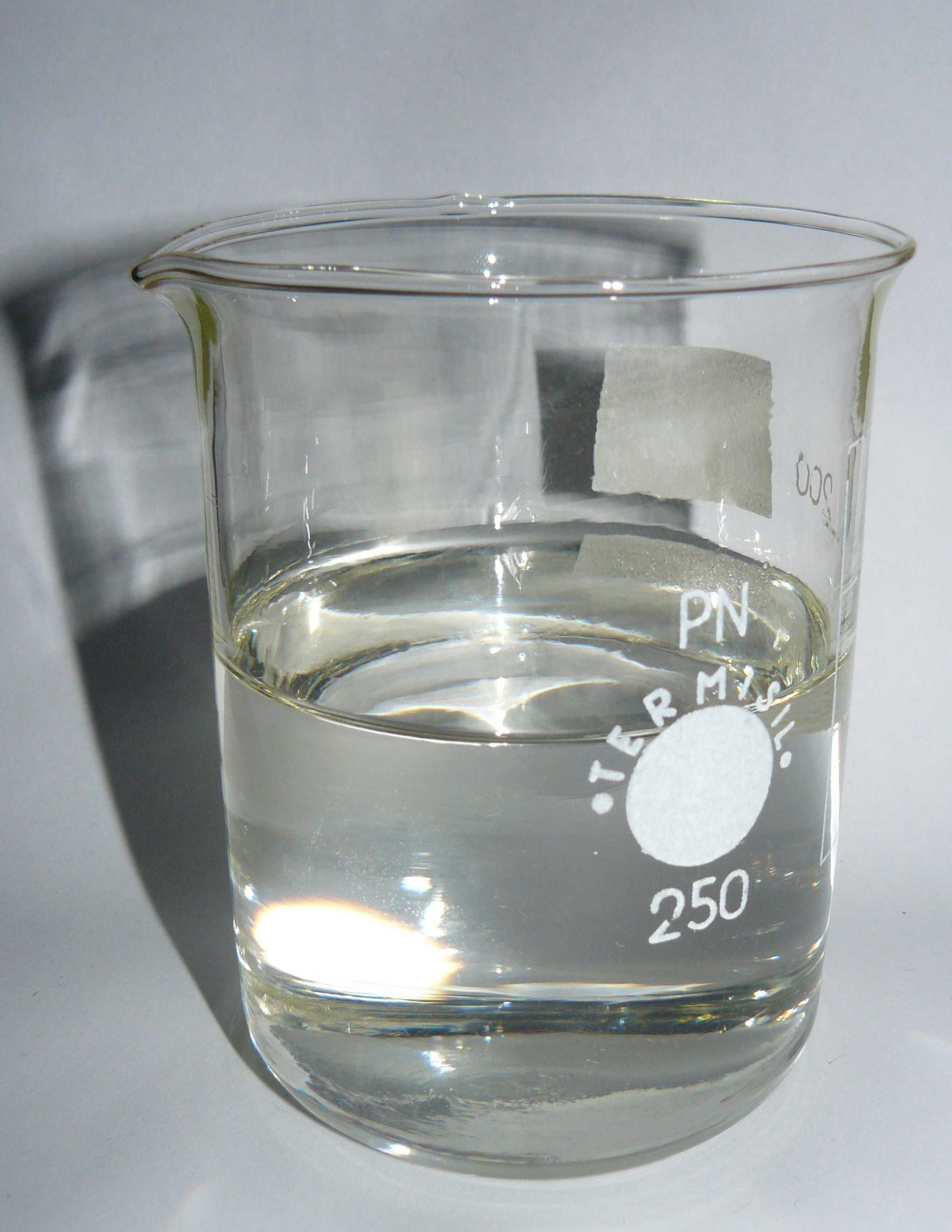 Paraffin wax is not overly healthy in the long run: in large amounts, it can act as a laxative, and prolonged consumption of large amounts of liquid paraffin can interfere with your body’s absorption of fat soluble vitamins such as A, D, E and K. However, it is a myth that its use with food is banned by the American Food and Drug Administration (FDA). In fact, the opposite: it is explicitly allowed as a food coating or as an ingredient in a food coating.

Historically, paraffin was used in the first half of the 1900s to seal the tops of jars of homemade jams and jellies. This is now actively recommended against by home preserving researchers and experts in North America owing both to food safety and food loss.

Firm recommendations against its use for preserving occurred in writing as early as the 1980s:

“Because of possible mold contamination, paraffin or wax seals are no longer recommended for
any sweet spread, including jellies.” [1] United States Department of Agriculture (USDA). Complete guide to home canning. Agriculture information bulletin No. 539. 1987. Page 1-24.

The University of Maryland says,

“For many years, paraffin has been used to seal jellied products. Although you will still find paraffin sold with canning supplies, it is no longer recommended. Paraffin or wax sealing of jars is not considered an acceptable choice because any pinholes, shrinkage or cracks in the wax paraffin, allow airborne molds to contaminate and grow on the product. In addition, leaks or holes in the paraffin can allow product to seep out during storage. Once on the surface, this seeping product will provide nutrients for molds to grow on the surface and enter into the jam or jelly in the jar. Without proper processing, mold can grow under the paraffin and grow into the product.” [2]Little, Lynn, et al. Grow it, Eat it, Preserve it. University of Maryland. Extension Curricula EC-03-2013. 2013. Page 47.

In England, where there has been no updated researched home food preservation advice since the 1980s, paraffin wax is still used to seal jars of jams and jellies and “scraping the mould” off is still quite common. Issues include food loss and possible carcinogenic toxins from the mould penetrating the product.

In England during the Second World War, liquid paraffin was used as a cooking fat. It could be used melted for frying in, and as a “cooking fat” in items such as cakes. 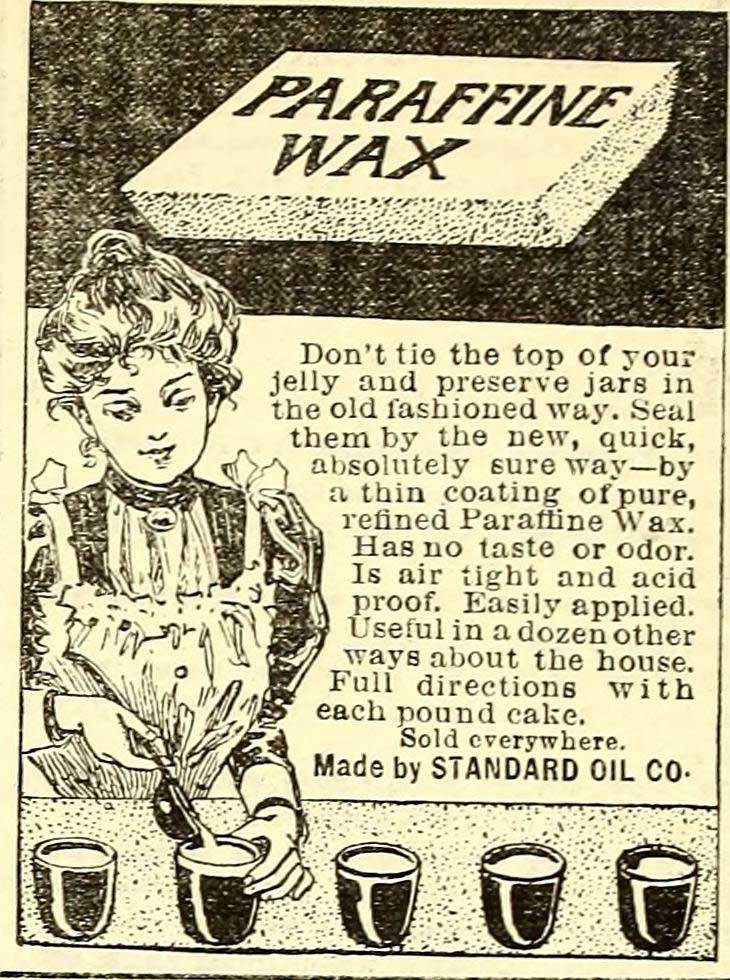 This web site generates income from affiliated links and ads at no cost to you to fund continued research · Information on this site is Copyright © 2023· Feel free to cite correctly, but copying whole pages for your website is content theft and will be DCMA'd.
Tagged With: Cooking Tools, Coverings, Preserves