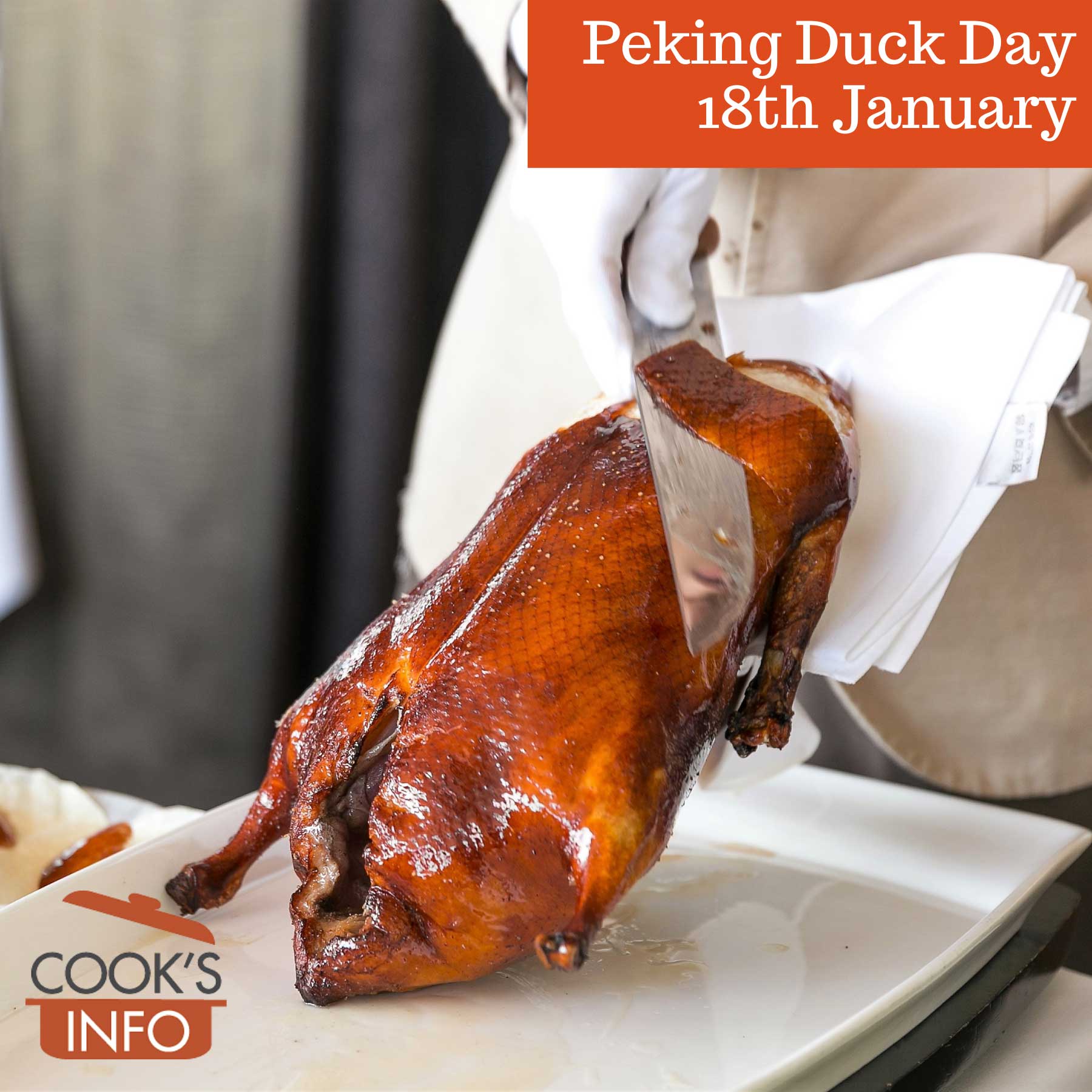 The 18th of January is Peking Duck Day.

It celebrates the cooked duck with deep mahogany-brown skin hanging in the windows of some Chinese restaurants. It is now considered a traditional national dish in China.

The method of preparation offers you crispy skin and decadent fatty, rich meat.

You could buy a cooked Peking duck to bring home, or enjoy some in a restaurant with the traditional two-course meal. The first course is small pancakes or buns with hoisin sauce, scallion curls and crisp-skinned deboned duck slices, and then a second course of the bones in soup.

You could even try cooking one at home, though without a brick oven you may not succeed in getting the crispy skin and it can take a third of a day. In fact, most Chinese don’t cook it at home, because most Chinese homes just don’t have ovens — so they buy it already cooked.

You’d have a better chance of succeeding in making at the pancakes at home. The pancakes are called “chun bing” (春饼) , which is translated either as spring pancakes, or duck pancakes, because they are so often used with Peking duck.

Peking duck dates from the Ming Dynasty in the 1500s.

This web site generates income from affiliated links and ads at no cost to you to fund continued research · Information on this site is Copyright © 2022· Feel free to cite correctly, but copying whole pages for your website is content theft and will be DCMA'd.
Tagged With: Duck