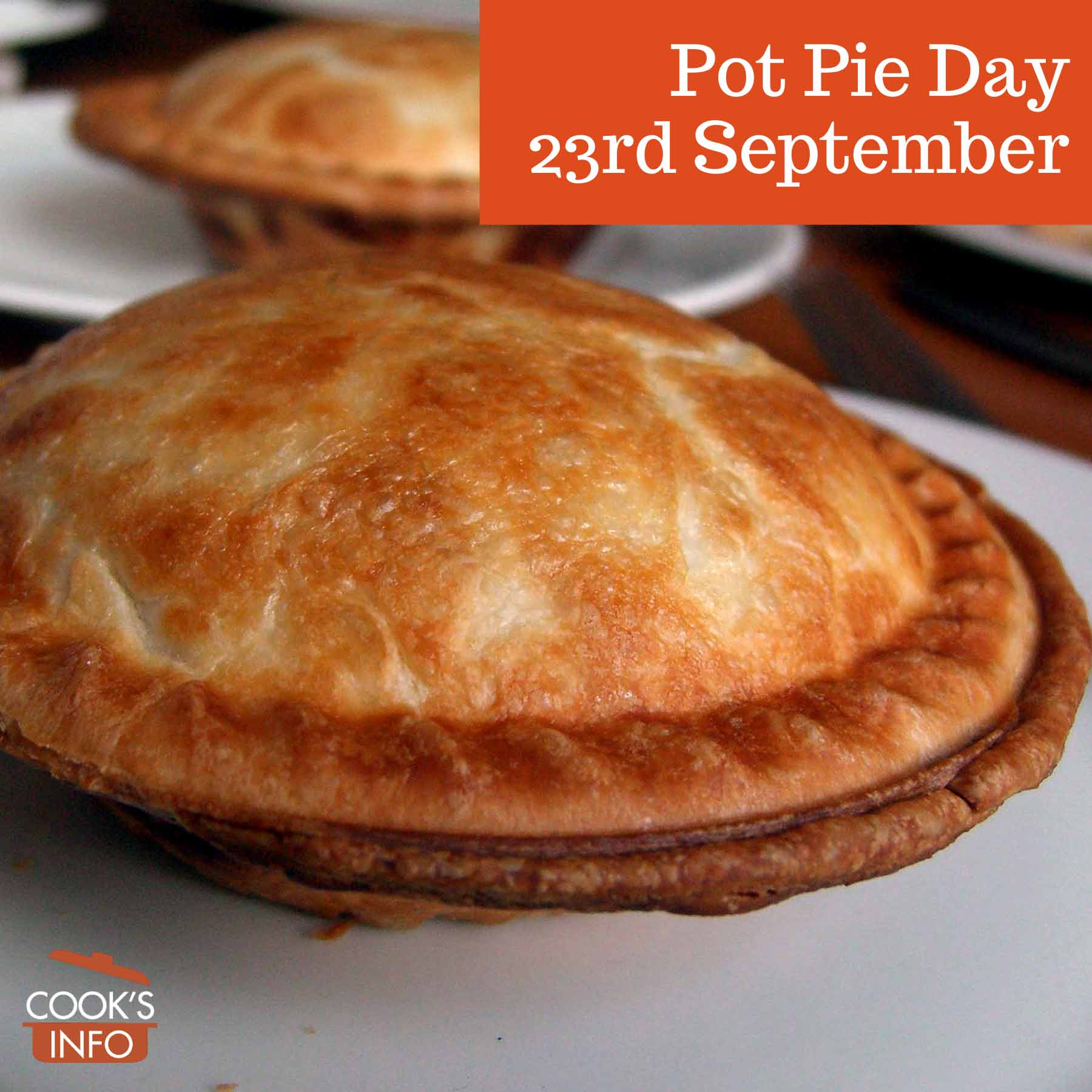 The 23rd of September is Pot Pie Day.

Who doesn’t like a pot pie, with its crispy, flaky crust, and the fragrant, savoury, creamy sauce that oozes out when you cut into it?

Pot pies are a fall and winter favourite in the U.S. and Canada.

What is your favourite kind: beef, chicken, turkey, or seafood? Or a vegetarian or vegan option?

One great debate is whether in order to qualify as a pot pie it has to have both a top crust and a bottom crust. Some people make them only with a top crust, outraging some crust fans who feel they have been deceived and cheated out of their bottom crust.

And what about pot pies which, instead of a pastry top crust, use something like a layer of mashed potato instead? Do you think that Shepherd’s Pie should be able to be counted as a pot pie?

Or are you of the school of school that a “crust is a must”.

On this day, you can order a pot pie in a restaurant, make one from scratch at home, or grab one from your local supermarket in the chiller or frozen sections. You can get both individual-sized and family-sized.

Have you ever cooked frozen pot pies in the microwave? How did that work out for you?

Narula, Svati Kirsten. The British hate pot pies so much they won’t even call them pies. Quartz Magazine. 2 December 2014.

The earliest print mention that CooksInfo is aware of for a “Pot Pie Day” on the 23rd of September dates from 2002 in Georgia. It credits the origin of the day to promotional efforts by the Marie Callendar Company, which makes and sells frozen pot pies. 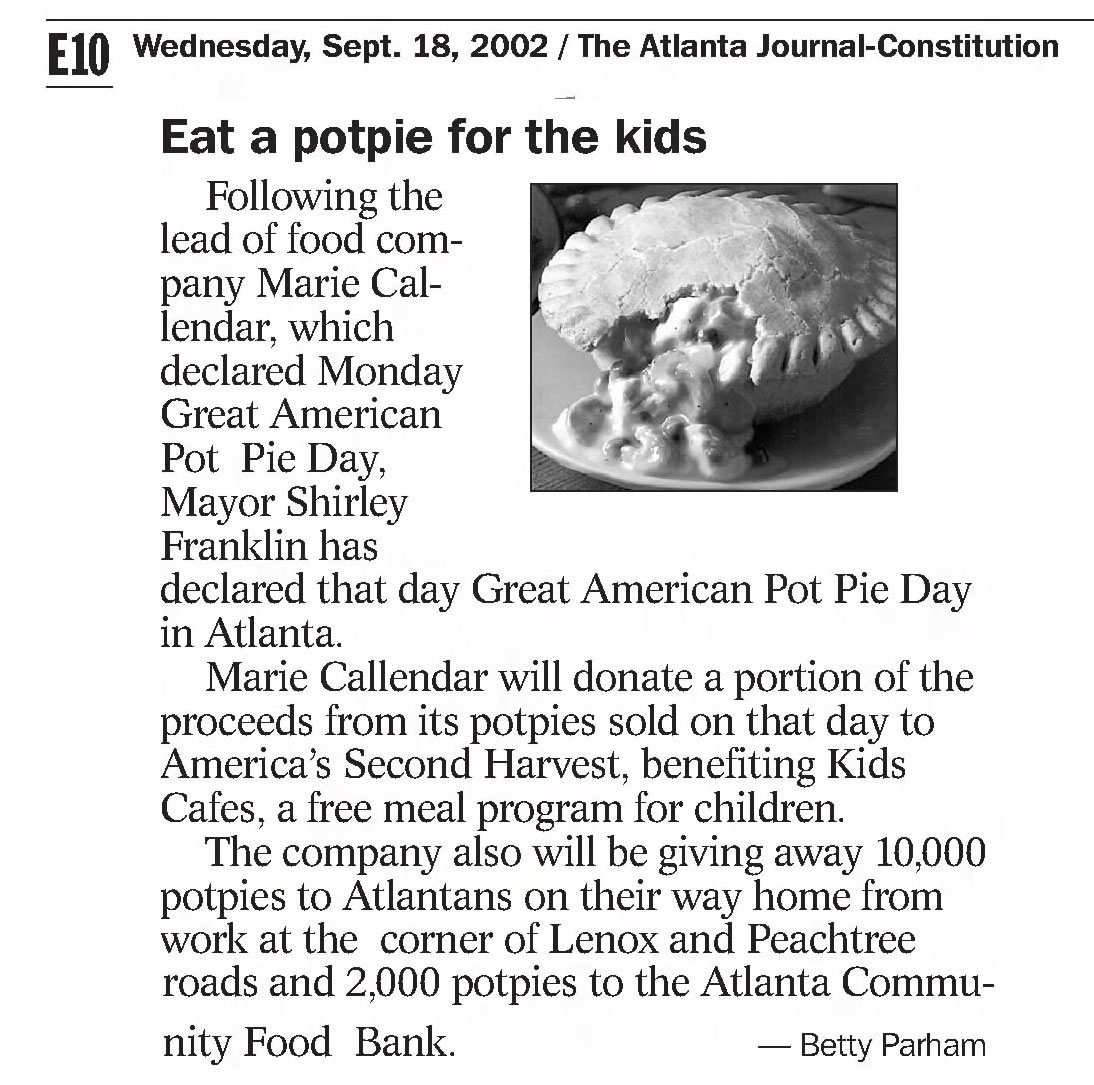 “Eat a potpie for the kids: Following the lead of food company Marie Callendar, which declared Monday ‘Great American Pot Pie Day’, Mayor Shirley Franklin has declared that day Great American Pot Pie Day in Atlanta. Marie Callendar will donate a portion of the proceeds from its potpies sold on that day to America’s Second Harvest, benefiting Kids Cafes, a free meal program for children. The company will also be giving away 10,000 potpies to Atlantans on their way home from work at the corner of Lenox and Peachtree roads and 2,000 potpies to the Atlanta Community Food Bank.” — Parham, Betty. Eat a potpie for the kids. Atlanta, Georgia: The Atlanta Constitution. Wednesday, 18 September 2002. Page E10, col. 3.

Reputedly, the company had intended it to be a day that floated a bit, falling on the first day of fall each year, which does vary from the 21st to the 24th of September. But the 23rd stuck in the media’s mind, and fixed dates are easier to track and promote.

This web site generates income from affiliated links and ads at no cost to you to fund continued research · Information on this site is Copyright © 2022· Feel free to cite correctly, but copying whole pages for your website is content theft and will be DCMA'd.
Tagged With: Savoury Pies