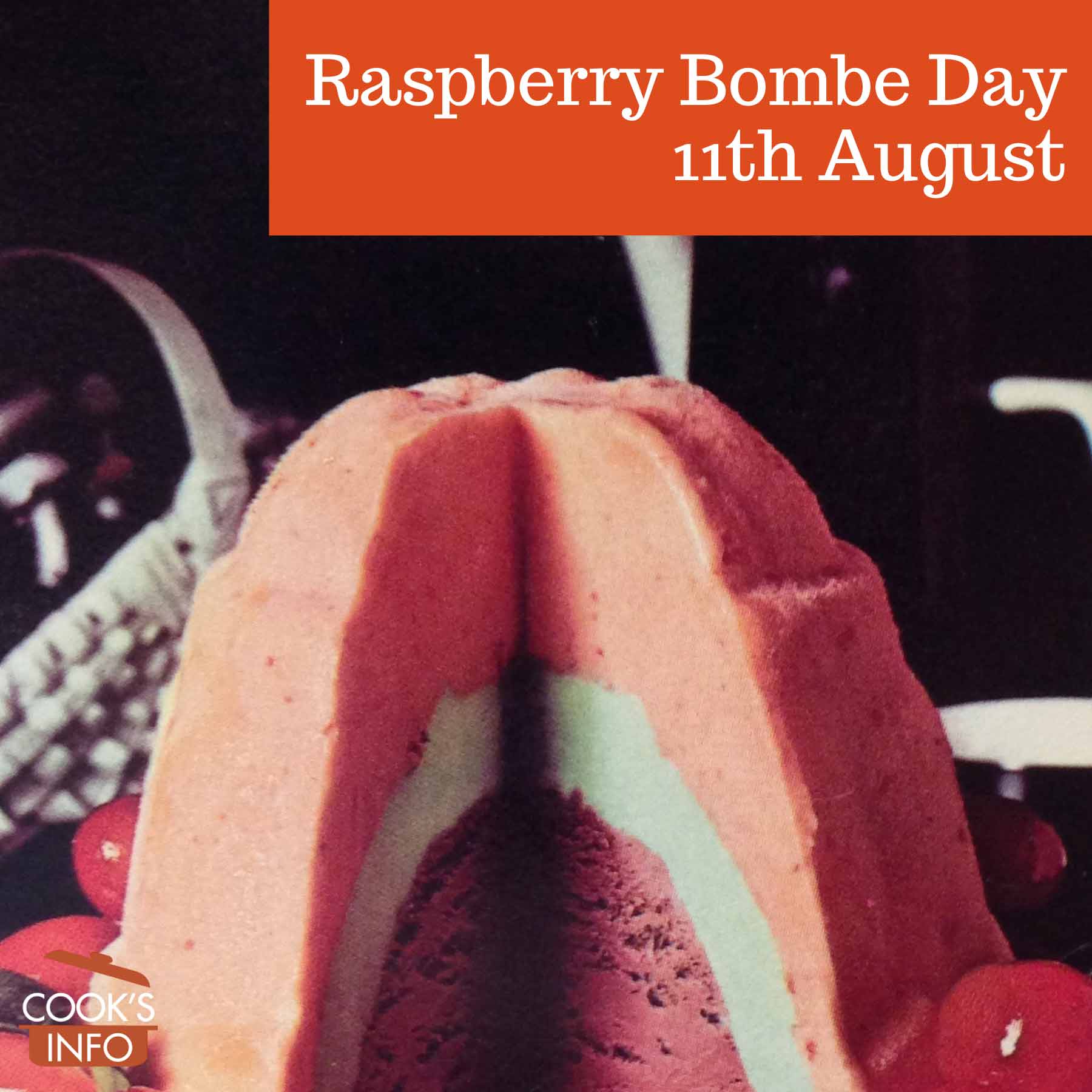 The 11th of August is Raspberry Bombe Day.

It celebrates the semi-spherical ice cream dessert known as a bombe. Reputedly, raspberry is one of the most popular flavours for ice cream bombes.

At first glance, this food holiday seems a bit precocious, if not downright pretentious, and obscure.

“A few scattered thoughts for National Raspberry Bombe Day. Which would be well worth celebrating if anyone actually knew what a raspberry bombe was…” — Radly, Scott. Not So (Deep) Thoughts. Hamilton, Ontario: The Hamilton Spectator. 11 August 2018. Accessed July 2021 at pressreader.com

But if you think about it, the designated day sort of does make sense.

August is a very hot month. Ice cream will be a welcome dessert, and raspberries, at least in the northern hemisphere, will still be in season.

That being said, it’s still very obscure. It’s not a beginner level dessert to make, and the era when ice cream bombes had their heyday is long past, so having some at a restaurant, let alone the designated flavour of raspberry for today, would be quite a challenge.

Which brings you back to making one.

It’s fairly elaborate, even if you cheat and buy most of the ingredients such as the ice cream already made.

It typically needs to sit overnight in the freezer, so if you plan to serve one for this day, you’ll need to start the day before.

A better approach might be to scour the frozen sections of local supermarkets for a packaged bombe of any flavour, and just scoop raspberry sauce or jam over it.

Or, skip the day and let the people who invent these days that this bomb’s a dud!

The absolute earliest print mention that CooksInfo is aware of for a Raspberry Bombe Day in August dates from 1983 in Florida, though the exact date is not given:

The earliest print mention that CooksInfo is aware of for a Raspberry Bombe Day on the 11th of August dates from 2004 in Michigan: