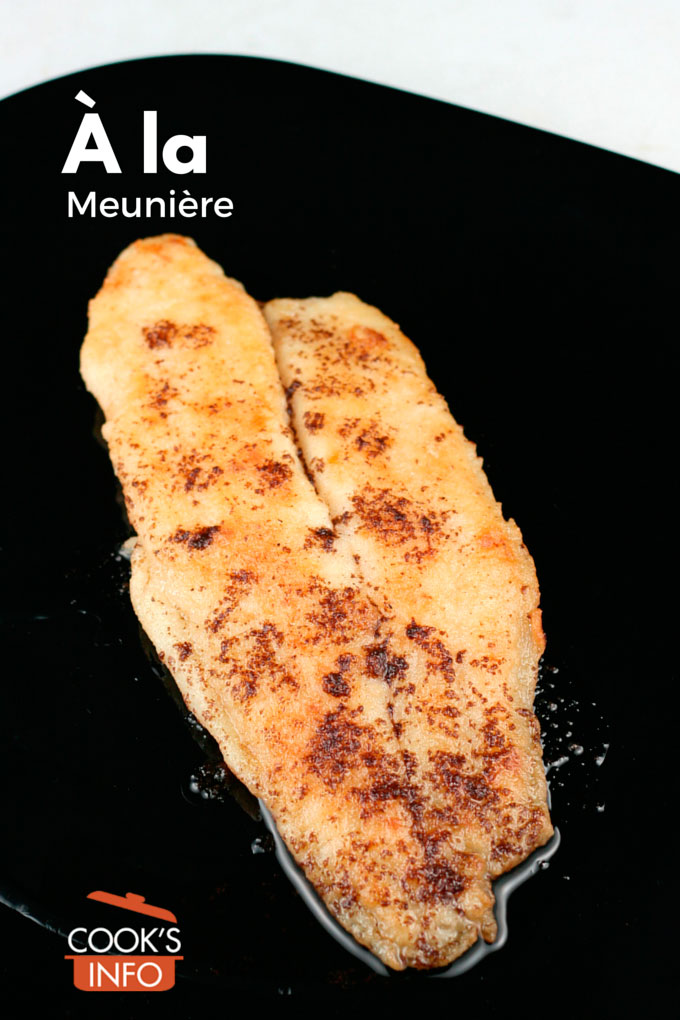 À la Meunière is a French cooking term that means literally “in the manner of the miller’s wife”, which in turn indicates that there is flour involved.

More specifically, it refers to fish that has been lightly floured in seasoned flour, then fried in butter, then served with a simple butter-based sauce.

The sauce could be beurre meunière, beurre noisette, or room-temperature butter flavoured with lemon and parsley.

The types of fish most often served à la meunière is fish with a delicate, simple taste, such as trout or sole.