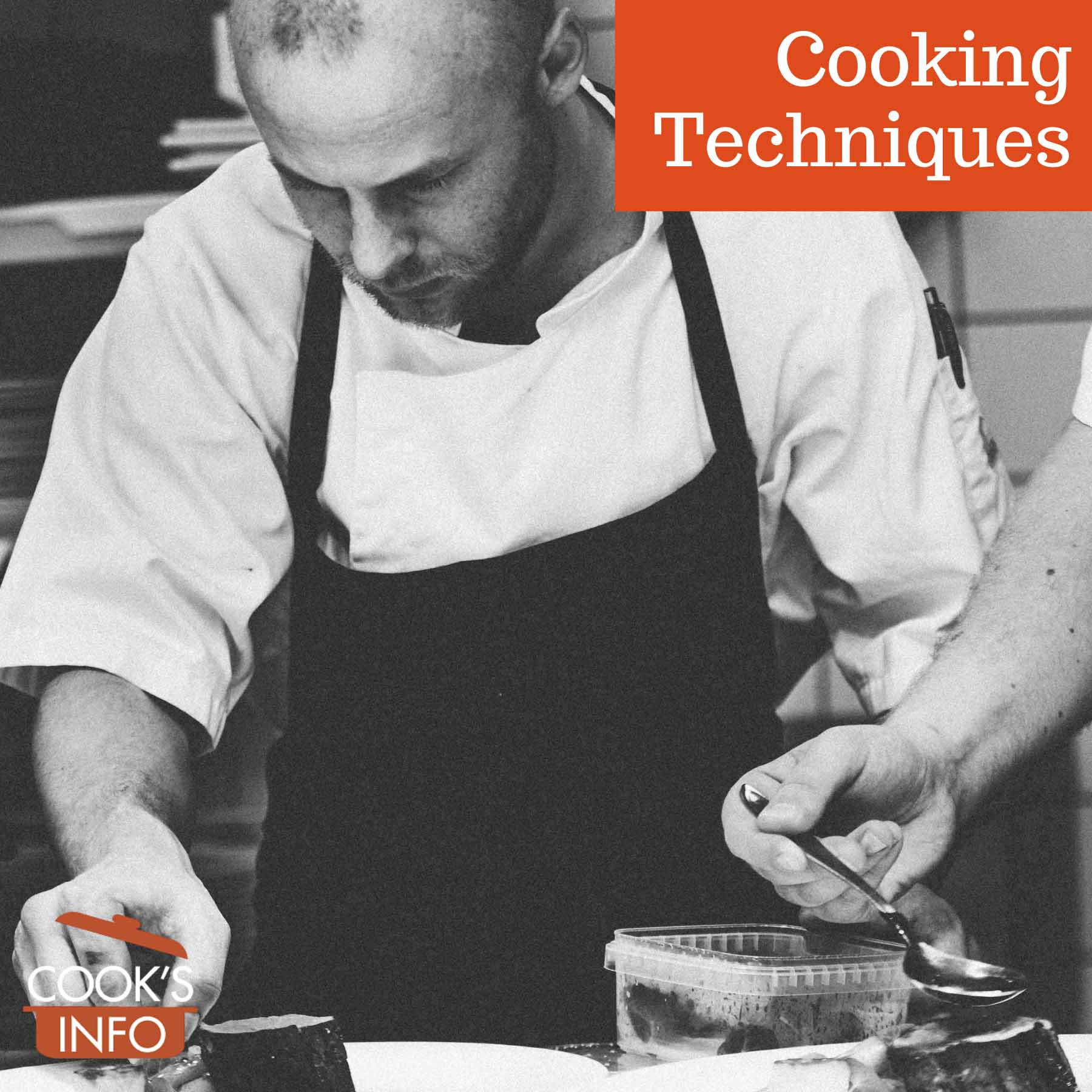 Cooking techniques are a set of methods and procedures for preparing, cooking and presenting food. Good techniques also take into account economical use of food and cooking fuel resources, as well as food safety.

How are techniques different from recipes

Cooking techniques are different from recipes in that:

Occasionally the line blurs between “recipe” and “technique.” It is very difficult, for example, to give the technique for Crème Anglaise or Crème Pâtissière without giving the list and quantity of ingredients.

The techniques used in preparing a dish can affect what the dish is like as much if not more than the ingredients themselves. For this reason, many cooks believe it is more important to learn cooking techniques than to learn to follow recipes, as knowing a certain technique can improve a recipe or rescue one that has gone wrong.

Though many basic cooking techniques are shared amongst the various cuisines in the world (e.g. boiling), many cuisines such as Chinese and Japanese have evolved their own techniques. Some cooking techniques evolved from environmental factors. For instance, cooking fuel (as in, wood) was scare in China, so the technique of cutting pieces of meat and vegetables small so that they would cook faster and require less cooking fuel evolved. (This also led to knives not being required at tables, only in kitchens.)

Most Western cuisines base their techniques ultimately on French cooking techniques, simply because the French were the first to document and codify cooking procedures, giving precise names to even sub-variants of cooking procedures so that anyone trained would know exactly what was being asked of them. For instance, the list of French “À la Cooking Terms“, which are mini cooking-techniques in themselves, is so extensive that CooksInfo has split them off from Cooking Techniques to be a list on their own.

We tend to call them “techniques” in English rather than “methods” owing to the influence of French cooking, which refers to them as “techniques.”

People usually divide these Western food cooking techniques into wet cooking techniques (using water or steam), and dry (cooking without water as the main heat source.) In this classification, frying and even deep-frying count as dry cooking, as they are cooking with oil instead of water. Boiling, braising, poaching, steaming and stewing count as wet cooking methods. In wet cooking methods, the maximum temperature of the cooking heat is 100 C (212 F), as that is the maximum temperature of water. Some people say that microwaving is a third, completely different class of cooking, but others counter that as microwaving involves exciting molecules of water, it would fall under the wet cooking category.

It is to be noted that by “cooking” food, the application of heat in whatever form is not always meant: sometimes a dish is finished by chilling, or freezing.

Aside from the broad, basic categories mentioned in prepping and cooking food above, there are many, many more advanced techniques that one can learn to improve kitchen skills, including browning, carving, deglazing, jointing, saucing, scalding, scoring, searing, skimming, etc.

Many cooking techniques which were required throughout human history — such as how to chop the head off a chicken, de-feather it and clean it — are currently not required in most Western kitchens and so have fallen by the wayside.

Other new techniques, such as safe meat handling and avoiding kitchen-caused illnesses, were developed from the 20th century onwards as our knowledge of health science evolved.