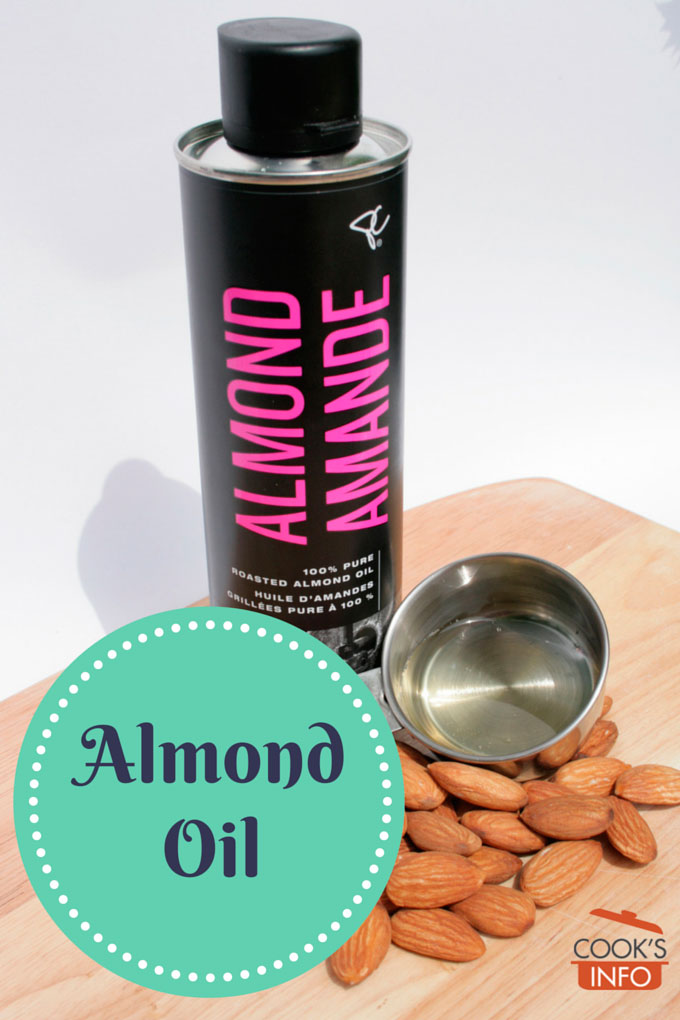 Almond Oil is a clear oil made from crushed almonds. In kitchens, it is usually used for baking and in desserts.

The almonds are usually raw, though some manufacturers toast the almonds first. The almonds used can be either sweet or bitter almonds.

The oil from the bitter-almonds is preferred, but the extraction process from them must also include removing the prussic acid in their oil, which is poisonous. To remove the prussic acid, the oil from the bitter-almonds is mixed with hydrous ferrous sulfate, which reacts with the acid and causes it to form calcium ferrocyanide crystals, which can be filtered out of the oil, making it safe.

In practice, most almond oil is used commercially, to make almond extracts, to scent soap, and in some drugs. You can buy almond oil as a consumer in specialty food shops, but it will be quite expensive.

French almond oil is considered the best and most flavourful; it is also even more expensive.