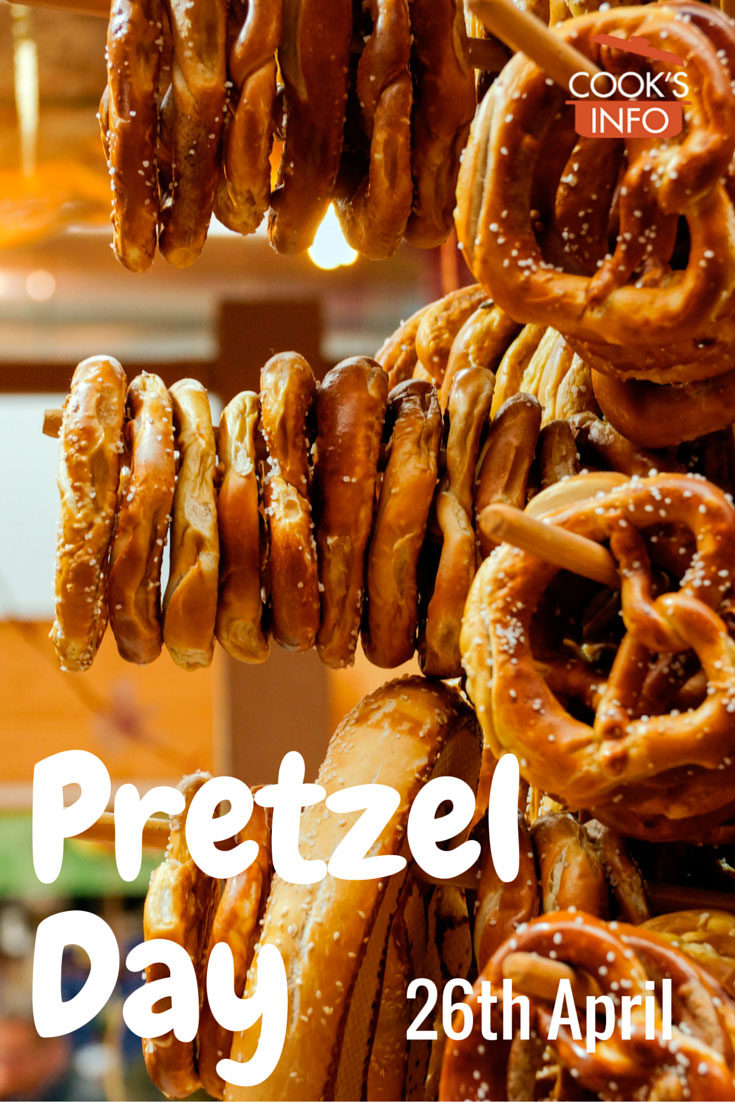 The 26th of April is celebrated by some as Pretzel Day.

Pretzel Day started in 1983, announced in the House of Representatives by Congressman Robert Walker from Pennsylvania.

It was re-declared as such by US Congressman Joseph Pitts of Pennsylvania, in the House of Representatives on Thursday, 26 April 2001. In addressing the house, he repeated a lot of the marketing myths about pretzels, but he was right about Lancaster and Chester Counties in Pennsylvania being centres of pretzel production in America. [1]Congressional Record — House. 26 April 2001. Page H1607 – H1608. Retrieved May 2005 from http://thomas.loc.gov/cgi-bin/query/D?r107:9:./temp/~r107qAAsIg::

What’s your favourite pretzel? Soft ones or the hard, crunchy ones? Or aren’t you a pretzel fan at all? Rather have a good bagel any day? In any event, you can read about pretzels right here on CooksInfo, to be able to recognize and debunk the myths that Congressman Pitts got foiled by.

There was also a bit of a movement in the UK around 2004 / 2005 to make the last Friday in April Pretzel Day. It was sponsored there by the Union Snack Limited company, the makers of Penn State Pretzels. It’s not clear why they plumped for a date that would have been different from the Americans, when they choose a clearly American name for their product.

The earliest print mention CooksInfo has been able to find of an April ‘Pretzel Day’ occurred in April 2001 in New Jersey:

We saw it mentioned as early as 1960, but with no date attached to it:

“A number of events are celebrated each year, some good and some not so good. Observing anniversaries and annual events has become somewhat of a national fetish with the American people, who are called on to take note of such earth shaking events as national pickle week, national pretzel day, Elvis Presley’s birthday and the like….” —As Other Editors See it. A School Center. Sidney, Nebraska: Sidney Telegraph. Monday, 22 August 1960. Page 1-6, col 2. 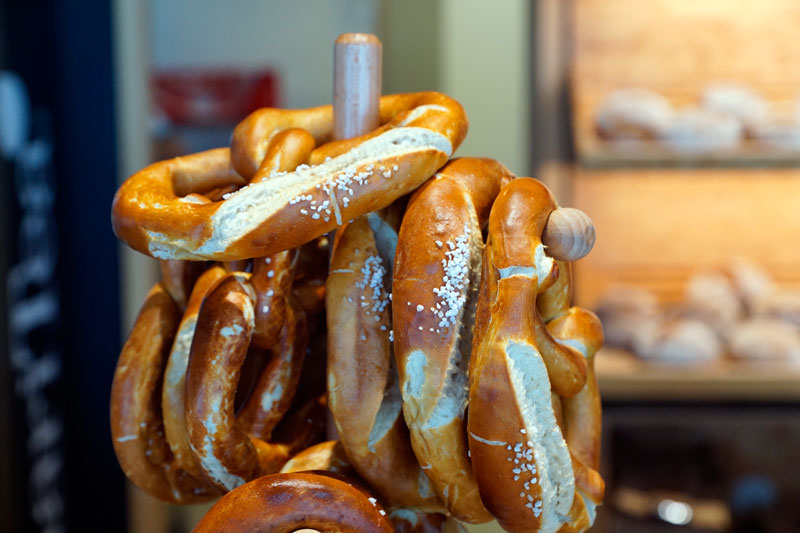