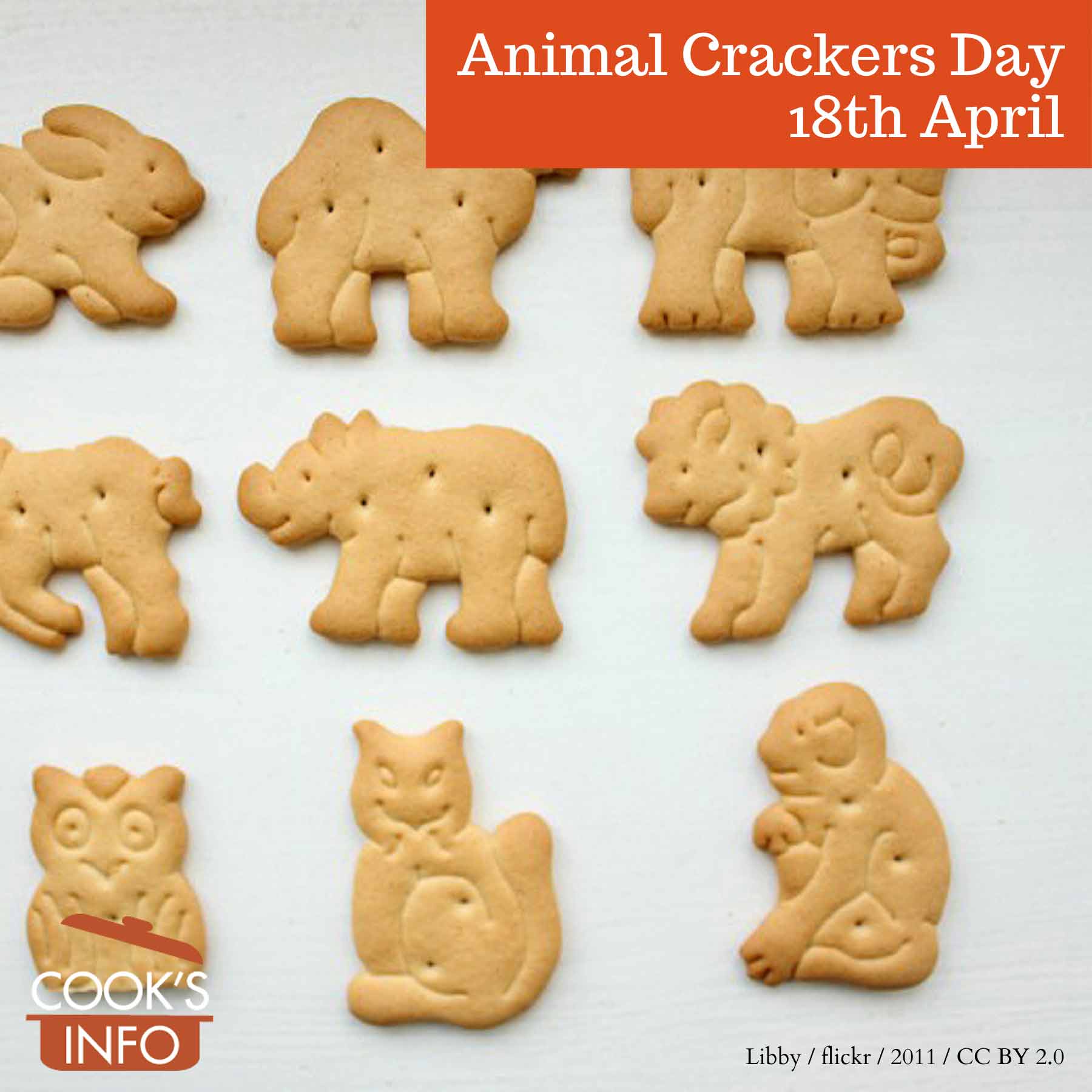 The 18th of April is Animal Crackers Day.

It’s a day to celebrate the small, slightly-sweetened crackers baked in the shapes of animals.

Some say, it’s the day of the year that turns vegetarians into carnivores as they snack down on Animal Crackers.

If you’re in England, you may know Animal Crackers as “Animal Biscuits.”

“Animal Crackers” or “Animal Biscuits” is a generic name; there are many different brands.

“Animal Crackers Day Care” is a popular, ubiquitous name for a day care centre for children.

To celebrate today, you could bring some Animal Crackers to the office today to share with co-workers, or, enjoy some at home in the evening, maybe while watching a circus movie on TV!

The first print mention of an “Animal Crackers Day” in April dates from 2007 in Kentucky:

Shirley Temple sang about Animal Crackers in the film, “Curleytop”: “Animal crackers in my soup, Monkeys and rabbits loop the loop, Gosh, oh, gee, but I have fun!”

This web site generates income from affiliated links and ads at no cost to you to fund continued research · Information on this site is Copyright © 2023· Feel free to cite correctly, but copying whole pages for your website is content theft and will be DCMA'd.
Tagged With: Cookies