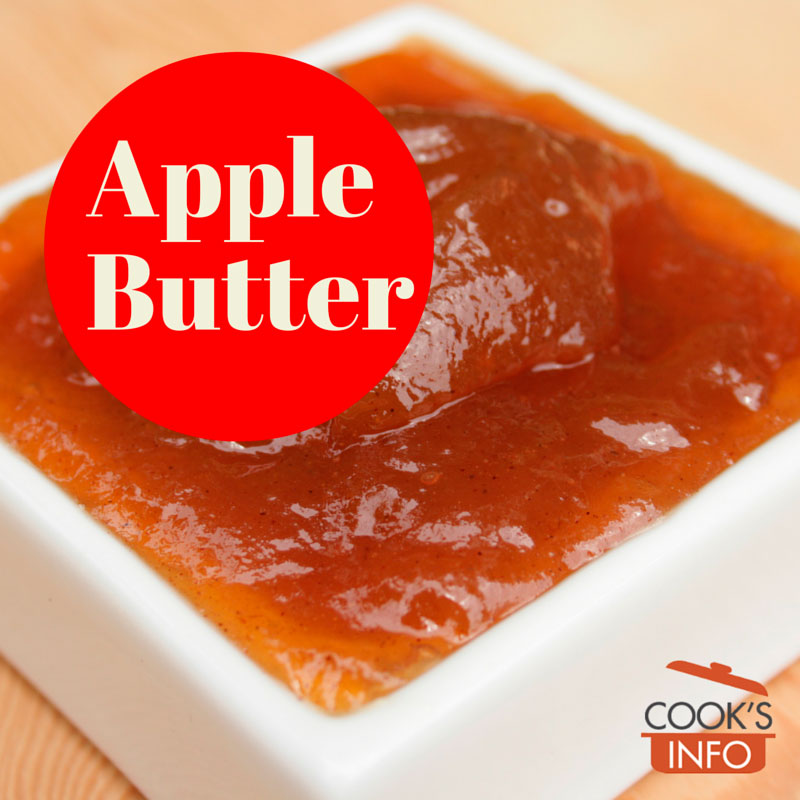 Apple Butter contains no actual butter. It is a thick fruit spread usually made from apples, apple juice or cider cooked down into a thick jam-like spread. It is flavoured with spices such as cinnamon, nutmeg or cloves, typically sweetened with large amounts of sugar, though sugar-free versions are also made.

Apples naturally contain a large amount of pectin, which naturally thickens the spread as it is boiled down. Additional pectin is generally needed only for quicker recipes that don’t have the long, slow-cooking times needed to release the natural pectin. Generally, the apples are cooked slowly for a long enough time so that they fall to moosh by themselves, or they are sieved or food processed.

Apple Butter can be light or quite dark, depending on whether white sugar or brown sugar is used, whether some molasses has been added, and whether the apples were cooked in their own juice, or in added apple juice or apple cider.

The resulting product is bottled, with the jars subsequently processed in a boiling water bath for preserving.

Apple Butter is more widely known in North America than it is in the UK. 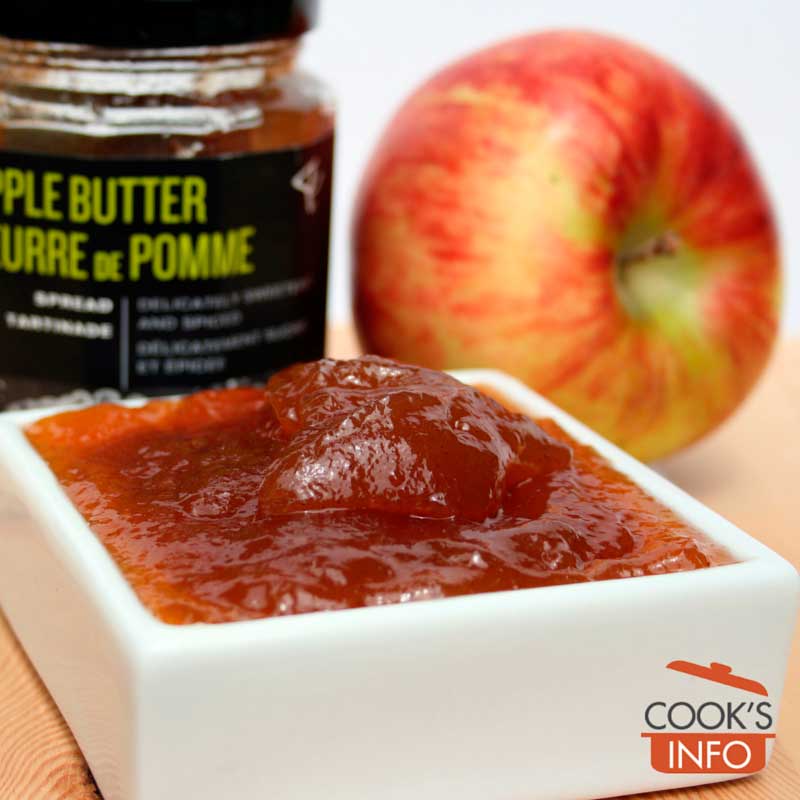 There is an approved, tested recipe for home canned apple butter at the National Center for Home Food Preservation.

Here is a recipe for Reduced Sugar Apple Butter.

Sugar is not required in the apple butter for safety, as the apple has enough acidity on its own to prevent any risk of botulism. The sealed jars must be processed, however, whether sugar is used or not, to eliminate other spoilage factors such as moulds, salmonella, listeria, etc, as they are not always deterred by acidity alone.

Apple Butter was a specialty of the Pennsylvania Dutch. The first commercial apple butter in America may have been made by the Max Ams company, which started in New York in the 1860s. But by the 1880s, Heinz brand apple butter had taken over in popularity in the New England region. [1]

“Thanksgiving turns thoughts to the foods stemming from old-fashioned kitchens. Such a one is apple essence, a dark-brown spread typical of the Pennsylvania Dutch apple butter known fifty years ago. The essence is made with freshly milled cider with the finest of apples. One cooking requires twenty-seven gallons of fresh cider pressed from ten bushels of apples. Four bushels of apples are sliced, these cooked with skin and seeds, then strained to make a purée which is added to the boiled cider; one bushel of apples is needed to make a gallon of spread.

Making a fourteen-gallon batch of the essence is a day-long job. By six in the morning a wood fire is roaring under the old-fashioned thirty-gallon kettle in which the cider is waiting. This is boiled down to half its original quantity, then the applesauce added and for six hours the mixture is stirred, and constantly, by means of an old-time wooden paddle with a ten-foot handle. After that the sugar is added, for this the dark-brown, a half pound per gallon. Then the sampling begins to determine the proper consistency. By late afternoon the essence is finished and packed into glass jars to keep indefinitely, if given the chance.” — Paddleford, Clementine (1898 – 1967). Food Flashes Column. Gourmet Magazine. November 1947. 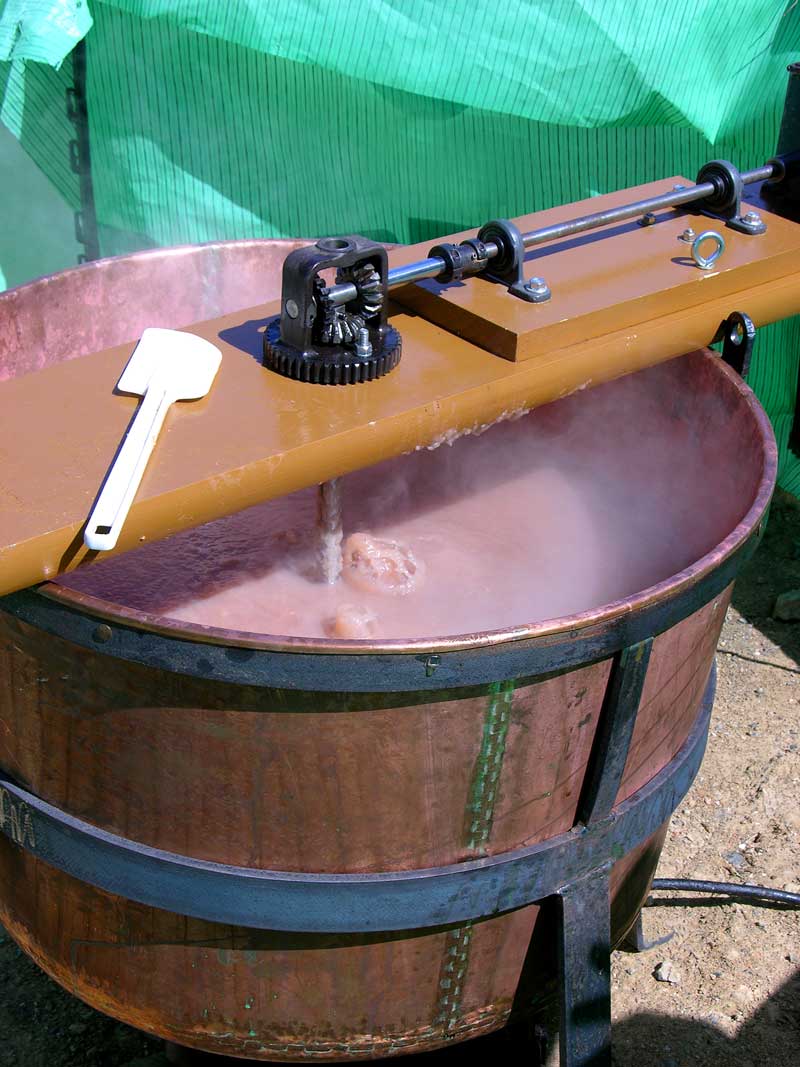 Apple butter being made in a large vat
© Phaedra Wilkinson / Morguefile.com / 2006 / https://www.linkedin.com/in/phaedrawilkinson