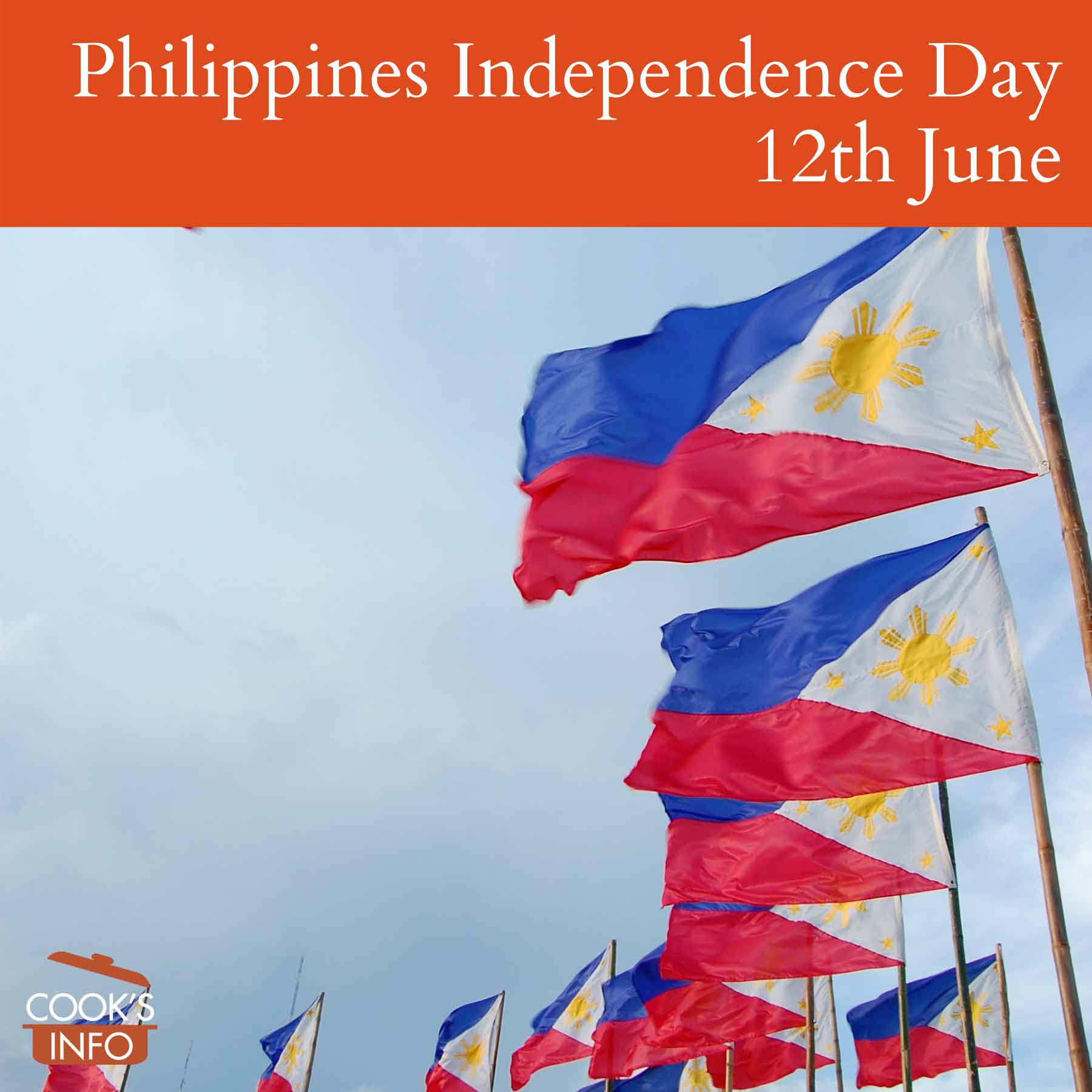 The 12th of June is Philippines Independence Day.

In the Philippines, it is known as “Araw ng Kalayaan“, or “Day of Freedom”.

The day celebrates their independence from both Spanish and American occupiers.

In Manila, there is a big military parade, with a speech by the president, and a 21-gun salute, and throughout the country, there is street dancing in traditional costumes and street food everywhere.

All government offices and many businesses are closed.

About 10% of the Philippine population lives abroad, and so consequently on this day celebrations are also held in many large centres in Canada, Australia, New Zealand, the U.S., etc. [1]”The government estimates the number of overseas Filipino workers at 12 million, accounting for one-tenth of the country’s population.” Remittances from Filipinos abroad reach 2.9 bln USD in August 2019 – Xinhua | English.news.cn. www.xinhuanet.com. Accessed August 2021 at http://www.xinhuanet.com/english/2019-10/15/c_138473763.htm

The day marks the day in 1898 that the Philippines declared independence from Spain.

The Philippines was a Spanish colony for more than 300 years. In fact, it was even named after a Spanish king, King Philip II of Spain.

On this day for the first time the Philippine flag was raised and the national anthem was played.

Sadly, American forces then moved in and occupied the country until on the 4th of July 1946 the country was freed through the Treaty of Manila by the United States, gaining independence a second time. But it is the first occasion that is officially commemorated.

Capozzola, Christopher. July Fourth is Independence Day for two countries. But for one it is hollow. Washington, DC: The Washington Post. 4 July 2021. Accessed August 2021 at https://www.washingtonpost.com/outlook/2021/07/04/july-fourth-is-independence-day-two-countries-one-it-is-hollow/

This web site generates income from affiliated links and ads at no cost to you to fund continued research · Information on this site is Copyright © 2022· Feel free to cite correctly, but copying whole pages for your website is content theft and will be DCMA'd.
Tagged With: Filipino Food