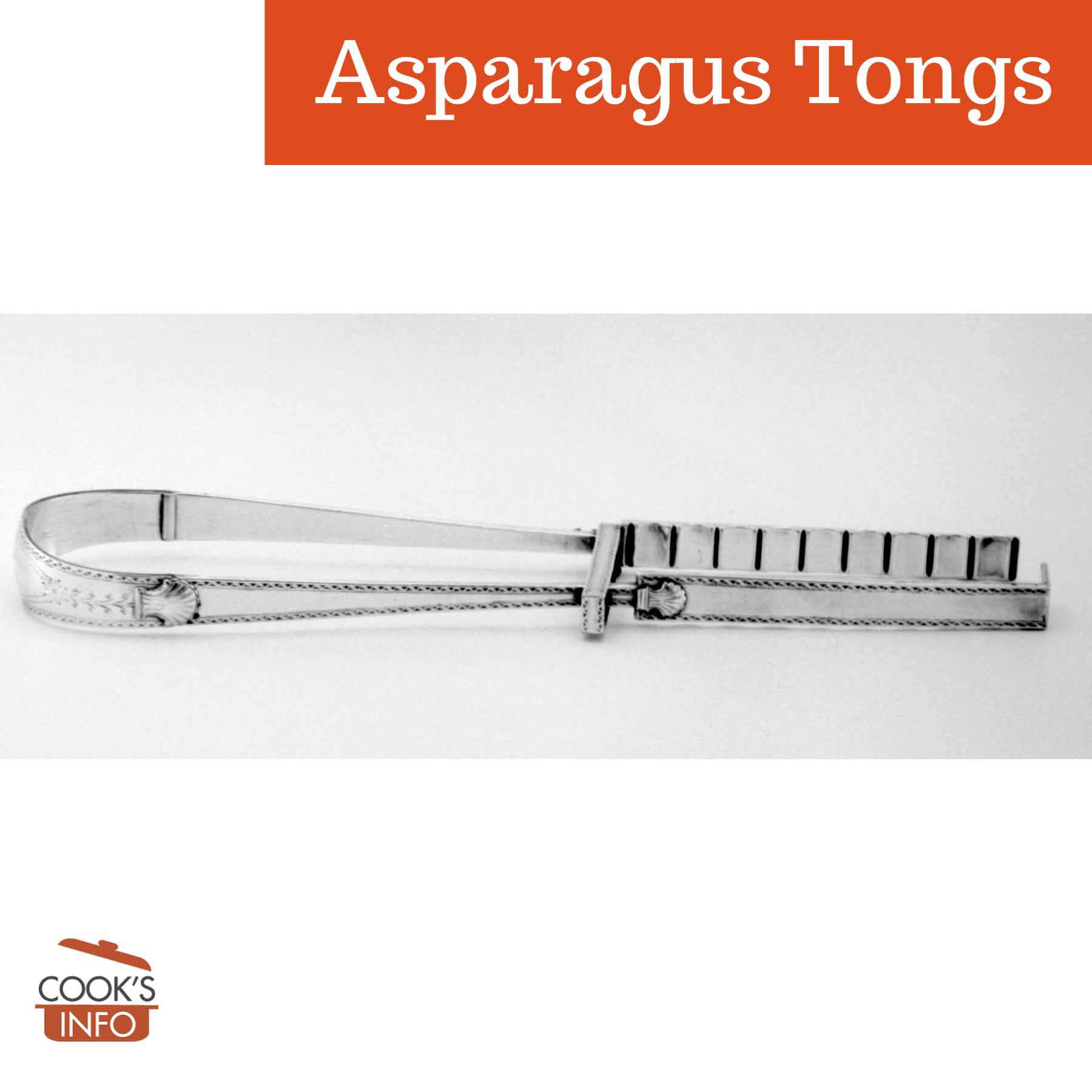 Asparagus tongs are a specialized form of kitchen tongs dedicated to handling asparagus at the table. There are ones for eating asparagus with, and for serving it. Both types have fallen out of fashion, though both can still be purchased from specialized kitchenware and dinnerware dealers.

Asparagus tongs for serving were introduced into England during the reign of George II (1727-60.)

The serving ones come in several different shapes, but the most common looks like sugar cube tongs on steroids. These often have a metal band at the top of the food-gripping part to restrain how far apart the arms of the tong can splay. The blades usually have perforations in them to allow liquid to drain off the stalks of asparagus. Some, instead of perforations, have ridged inner surfaces to help grip the asparagus better, and allow some drainage. One of the tongs will have a lip, to help prevent the asparagus from rolling down and out.

Most asparagus tongs made were a single piece of metal bent and curved at the holding end, but some were a scissor type.

Asparagus tongs can also be smaller tongs meant as cutlery for holding a piece of asparagus up to your mouth while eating it. These individual tongs were personal eating utensils: you’d never use them to serve yourself asparagus from a platter to your plate. These individual-use ones started to appear in the 1800s, with their heyday being the late Victorian era.

At the time, the etiquette was that you should never cut asparagus with a knife and fork; instead you held it and nibbled it. The tongs came to the rescue of those who were too fastidious at the table to hold it in their fingers.

These smaller ones tend to be often quite fancy and ornate, and shorter, about 20 cm (4 inches) long.

Some asparagus tongs for eating from had their ends cylinder-shaped, on an angle, designed to grip the asparagus along its stalk, rather than across it.