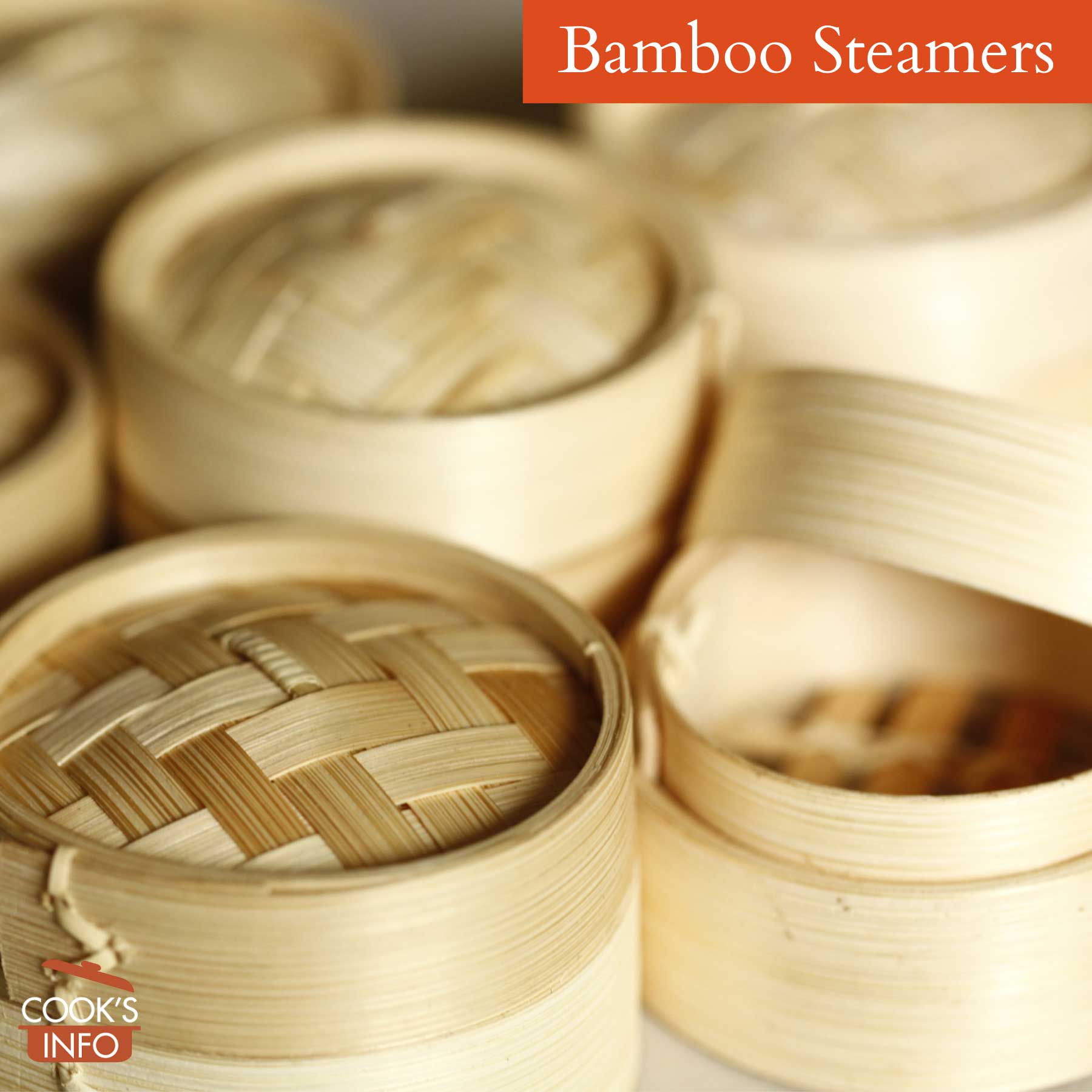 Bamboo steamers are cooking vessels made of bamboo meant for use in cooking food items by steam. They are particularly used in Asian cooking.

A bamboo steamer unit usually consists of layered trays, each with slats in the bottom. The trays are stacked, and placed above boiling water that generates steam, so that the rising steam passes upwards through the slots of the steamer trays and cooks the food in it.

The lid at the very top also has slots in it, allow steam to evaporate through it so that condensation doesn’t accumulate in the very top tray.

You can buy them in different widths. Bamboo flavours can absorb flavours from foods, so you may wish to keep a separate one for fish.

Bamboo steamers can also be placed over woks, but they are not for use in oven or microwave.

Wash a new one with dish soap and water, rinse well, then while it is still wet, steam it empty for 30 minutes.

To use, you put all the food to be steamed in the layers. You may wish to lightly spray the steamer with a cooking oil when you are cooking foods such as dumplings that might stick to it, or place a layer of a leafy green such as lettuce, cabbage or bok choy, or waxed or grease-proof paper under the food. You can also place a small dish inside the tray, provided that it’s small enough to allow steam to pass by its edges to move upward. Place in the top tray the most delicate food that requires the least cooking time; in the bottom tray, place the food that needs the most cooking. As well, bear in mind that the “hottest” steam will come up through the centre, so point food with tougher stem ends so that the stem goes into the middle area.

With the food placed, stack the layers, and put over water that is boiling. The water boiling in the pot below should just touch the bottom edges of the bottom bamboo tray.

If you take the steamer apart while steaming to check on the food, be as quick as possible as you are letting all your steam escape.

After steaming, the water in the pot that was used to create steam could be frozen to be used as a soup broth, if you were steaming vegetables or fish.

When done, rinse the steamer with water and set out to dry completely. 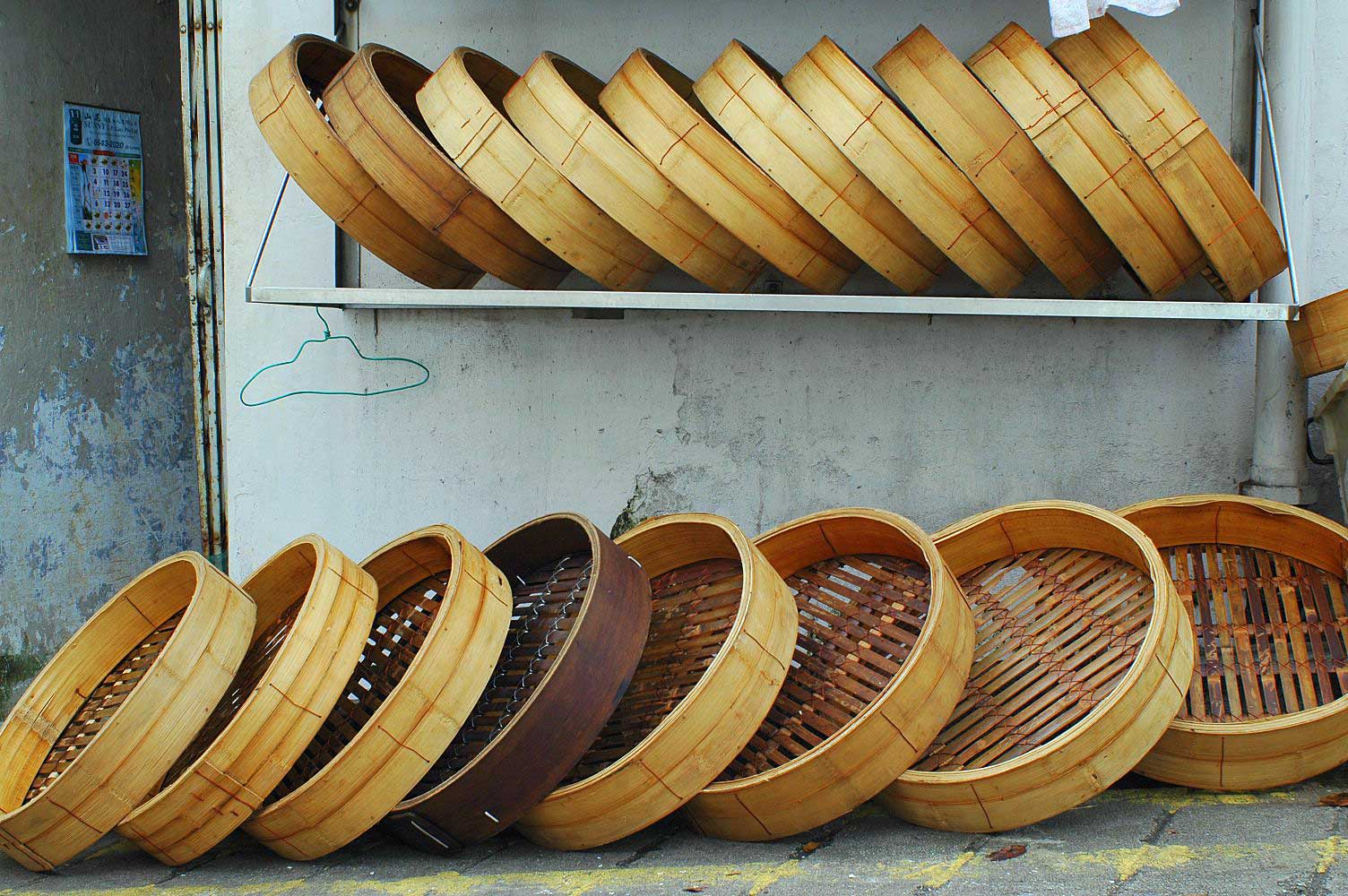 This web site generates income from affiliated links and ads at no cost to you to fund continued research · Information on this site is Copyright © 2022· Feel free to cite correctly, but copying whole pages for your website is content theft and will be DCMA'd.
Tagged With: Steamers