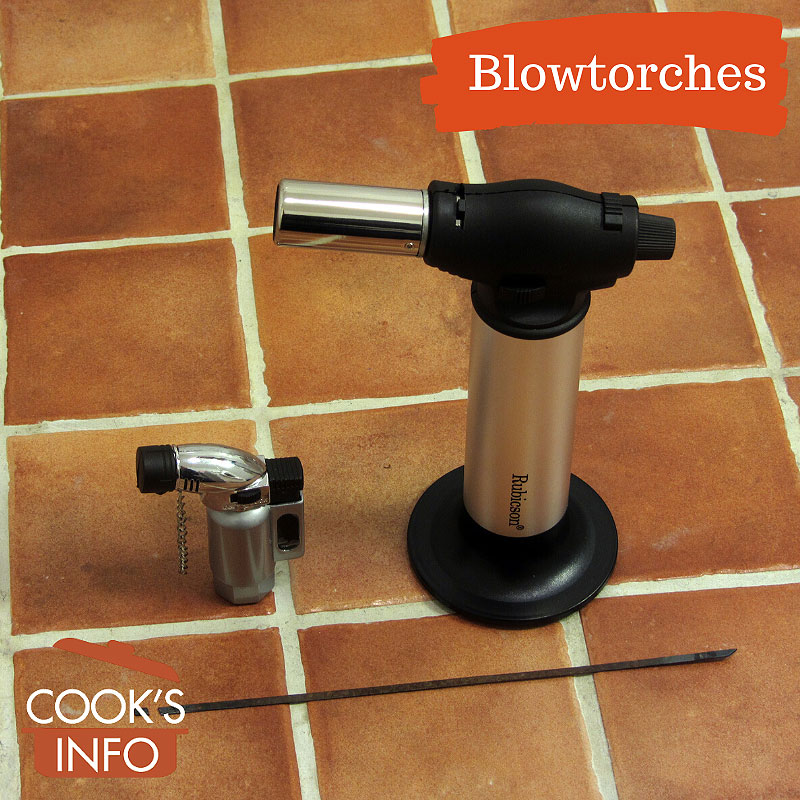 A kitchen blowtorch is like a portable broiler (aka grill in the UK) or salamander, to heat the tops of food items.

A blowtorch can brown one area of food, without heating the rest of the food, or the physical vessel the food is in or on. The classic home use is for caramelizing the top on crème brûlée. In restaurants, this would most likely be done in a salamander.

The length and width of the flame is adjustable.

In any event, the small kitchen blowtorches don’t hold a lot of fuel, so you might want to reserve their use for things you really want them for, rather than trying to find other applications for them (see other uses below.) Many kitchen blowtorches are self-igniting, and some have easy on / off buttons that you just activate via your thumb. Many will have safety locks so that you can’t accidentally turn it on while handling it. If you get a kitchen blowtorch, it is very compact and easy to store. Some kitchen ones come with stands should you choose to display them.

Those who like to use a torch regularly, and for many things, tend to be the ones who go with the large hardware-store ones, sometimes referred to as a “plumbing” propane type. They use refill bottles that can be got anywhere, are cheap, and are large enough that you’re not going to be running out of fuel all the time.  Restaurants, when they’re not using a salamander, will use this plumbing type of blowtorch. The size of these torches makes them a bit daunting, but they can be used for many other things around the house, from actual plumbing chores to burning out weeds between cracks in stones and sidewalks. With some plumbing ones, the flame may go out when it is pointed straight down: you’ll need to tilt it a little. One popular brand name in North America is Bernzomatic. 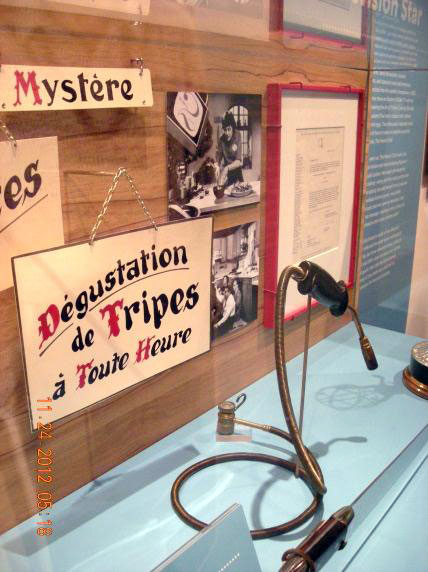 Whatever kind of blowtorch you get, be sure to read and follow the manufacturer’s directions carefully. Even if you don’t use your blowtorch very often, you may be able to justify one on the basis that it can be just plain fun to use. After all, it’s not very often in life that you are given a clear go-ahead to blast things with flame.

Blowtorches can be used to:

For many of these applications, though, it really only makes sense to use a blowtorch if you are doing these things in small quantities, such as roasting one or two chiles. If you’re doing anything in any quantity at all, you’ll likely want to turn to other methods (e.g. blanching a dozen tomatoes for a minute or two in a large pot of boiling water before peeling, tossing two kilos of eggplant on a grill for a smoky taste, etc.)

In Japan, blowtorches are used at small tofu stands to make yaki dofu, though a few stands still grill the tofu the old way over charcoal. 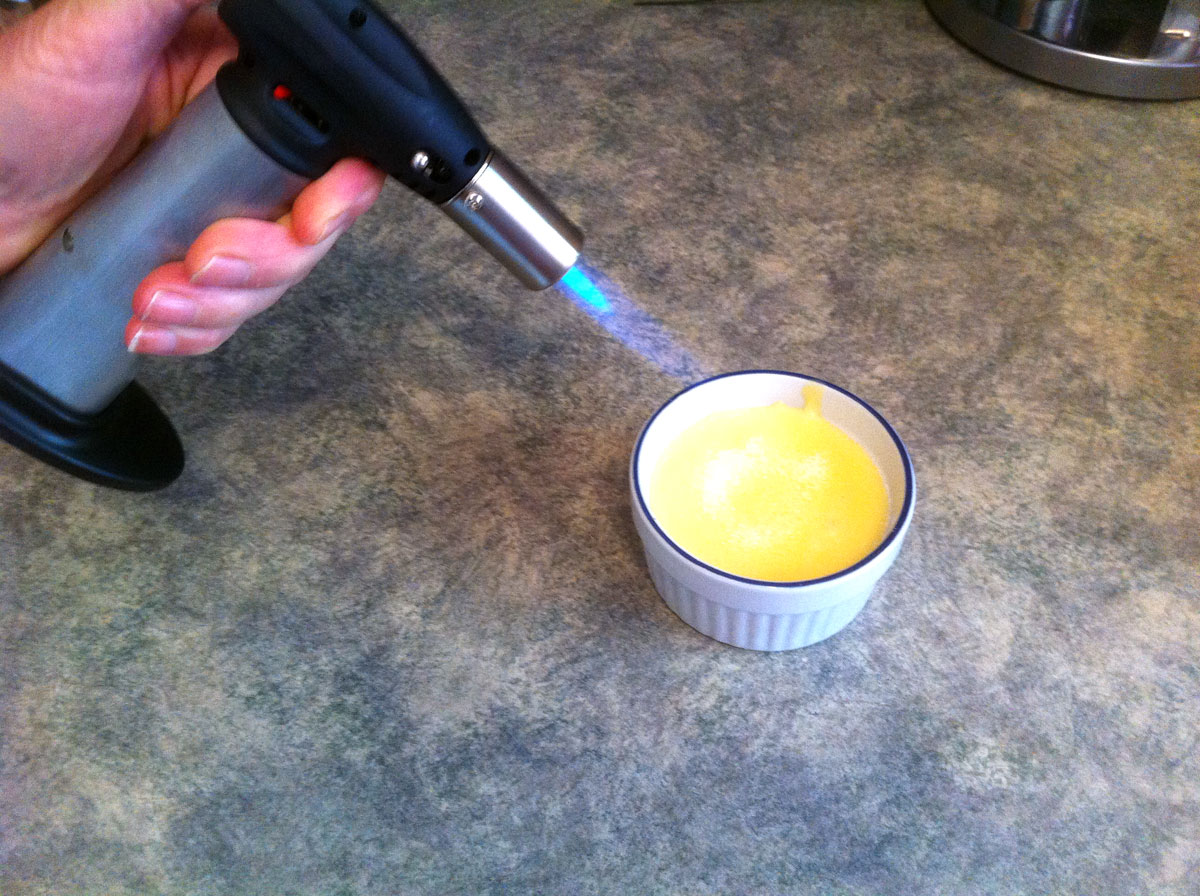 It is best to go slowly, and do one area at a time. Taking crème brûlée as an example, you need to keep the flame quite close to the sugar, and move it about slowly. The sugar should bubble up, then brown before you move on.

To caramelize sugar on fresh-fruit pieces, peel and slice the fruit, lay it out on a baking sheet, sprinkle a thin layer of white sugar on each piece, then apply the torch. This kind of fruit can be used as a topping or garnish for many desserts, such as opened-faced custard pies, etc.

Some people are concerned about applying flame to small dishes that might have been made ahead and chilled in the fridge in porcelain or glassware vessels. If you’re concerned, you may wish to use Corningware or Pyrex ramekins that are more resistant to temperature changes .

Properly speaking, what we food people tend to call a “blowtorch” is actually a “propane torch” or “butane torch”. A real blowtorch is the kind that has large tanks, and is fueled by kerosene or acetylene, etc, and is used for cutting metal. It would blow any food you are working with off the counter. These used to be fueled by kerosene and pumped up with air using a plunger on top of the tank to create the pressure for the flame, so it really did blow out. 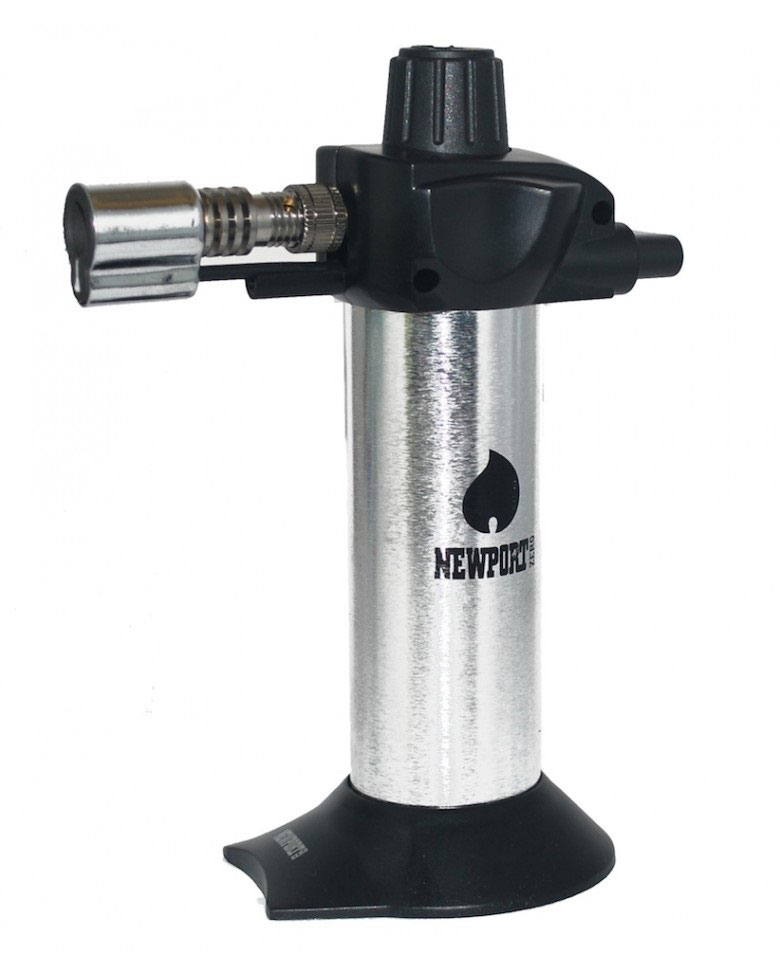 This web site generates income from affiliated links and ads at no cost to you to fund continued research · Information on this site is Copyright © 2022· Feel free to cite correctly, but copying whole pages for your website is content theft and will be DCMA'd.
Tagged With: Cookware, Crème Brûlée, Salamanders