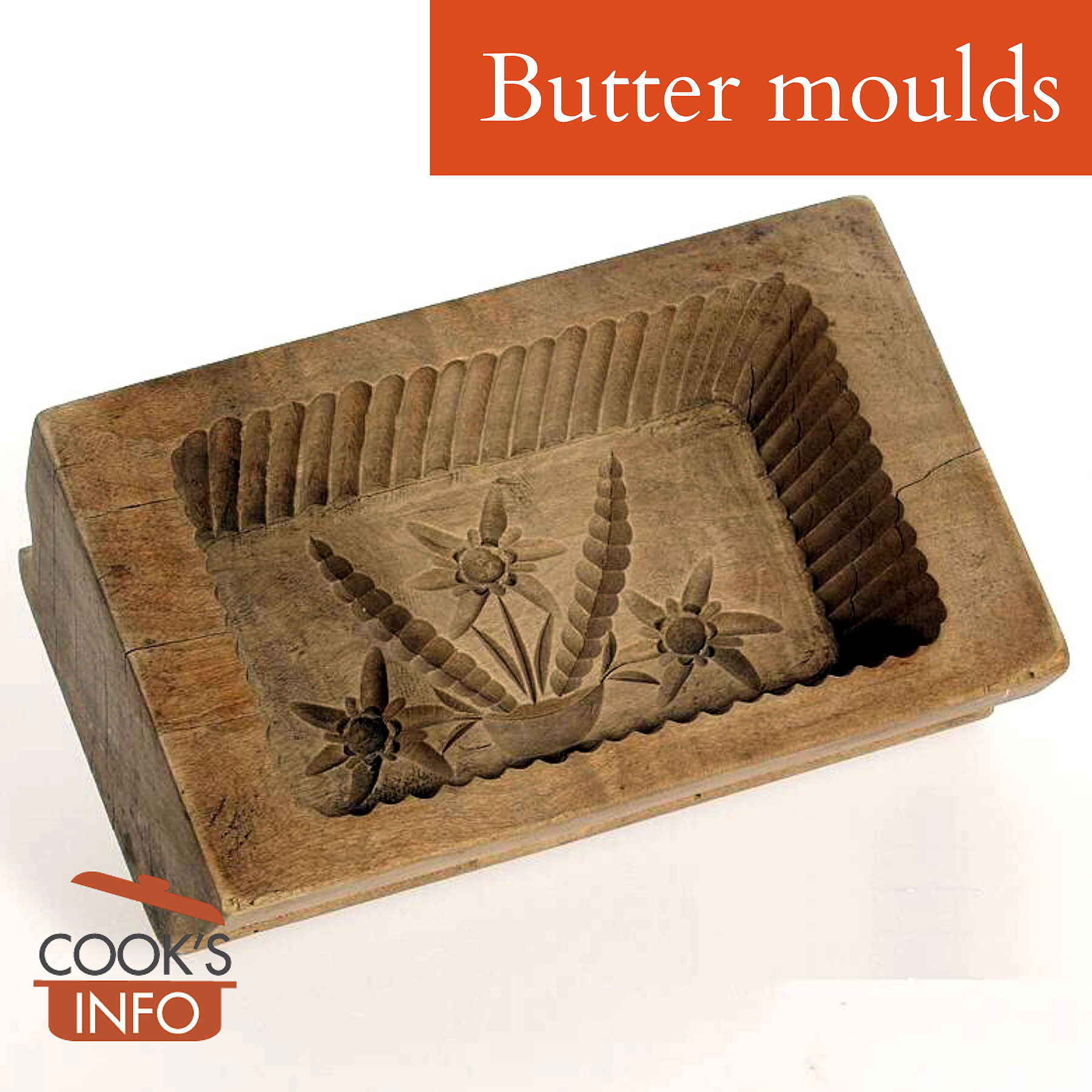 Butter moulds are used to make portions of butter either more decorative for a pleasing effect, or to make them into a standard-sized shape for sale. Most made now are just stamps for pressing a design into the top of butter.

Some butter moulds would just shape the butter, some would just stamp a pattern into it, some would do both. The shapes can be round or rectangular. They can be made of wood, clay or glass.

All families used to have their own butter moulds, because they made their own butter. These moulds were often designed to hold exactly one pound (around 500 g) of butter. A popular one used to be round, with a pineapple shape on top. 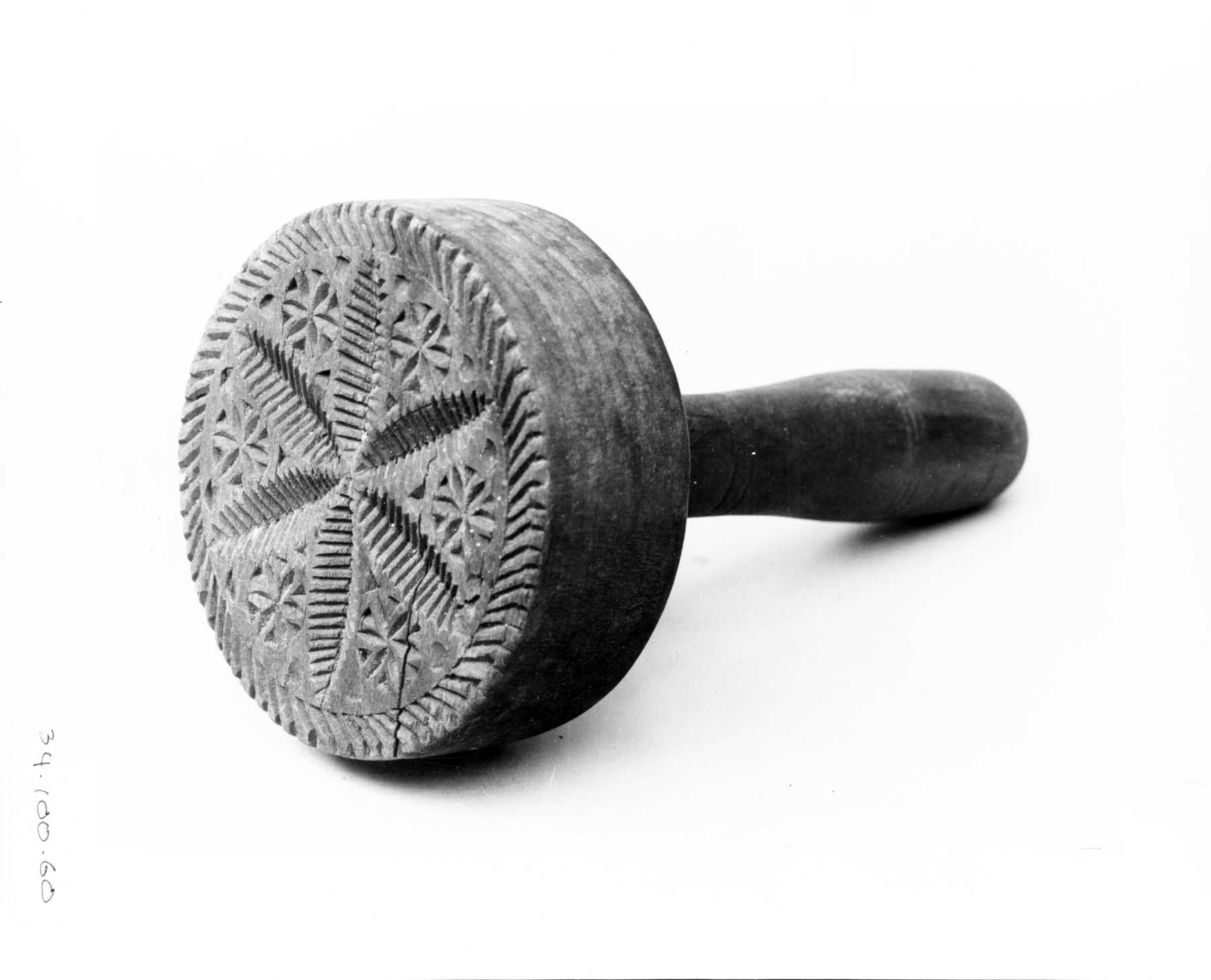 Wooden ones were used in North America and Australia. They were a square or rectangular mould, plain on all sides, with an accompanying wood press for squishing the butter in. They both made butter a standard shape, and pressed any air and remaining water out of the butter, to give it a longer storage life. It was hard, though, to get the butter out afterwards.

Some designs had a handle on top that when pressed down, pushed the shaped butter easily out of the mould.

The Tudors in England were very fond of presenting butter at the table in decorative, moulded shapes. 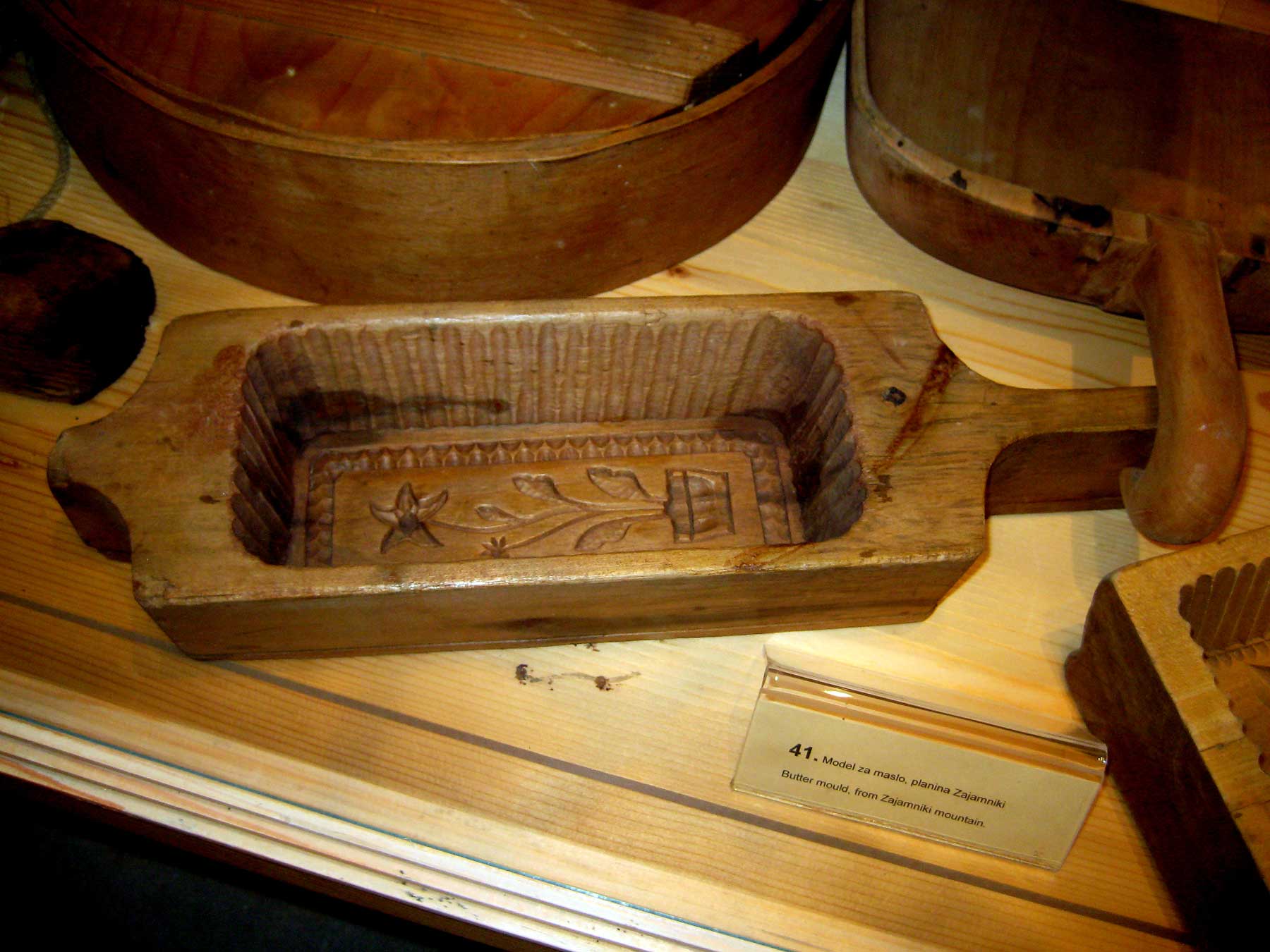 This web site generates income from affiliated links and ads at no cost to you to fund continued research · Information on this site is Copyright © 2023· Feel free to cite correctly, but copying whole pages for your website is content theft and will be DCMA'd.
Tagged With: Butter, Moulds, Treen