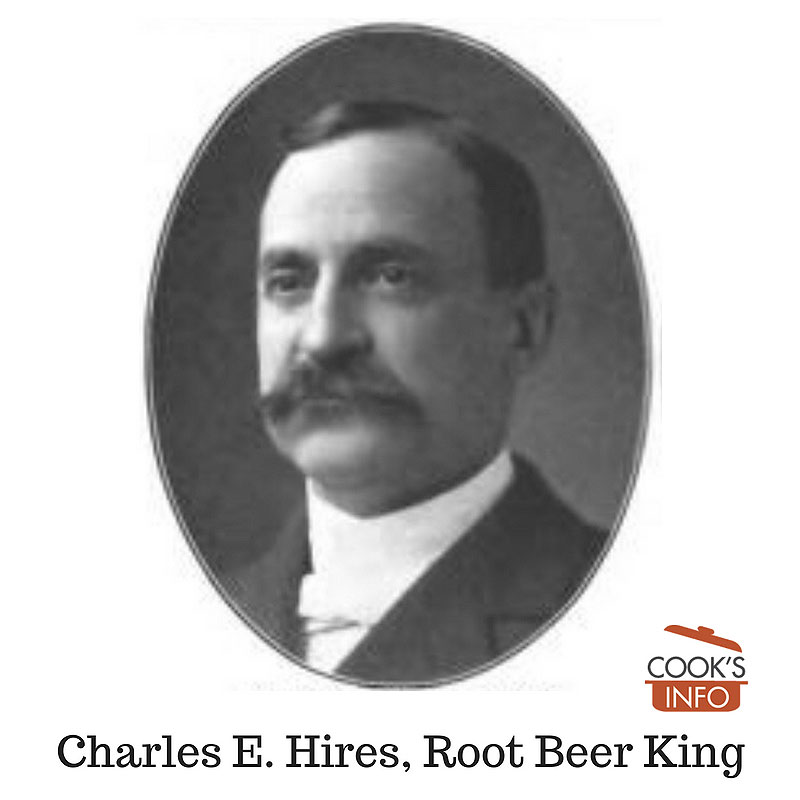 Charles E. Hires was the first person to brew root beer commercially, though he didn’t invent root beer. Until he came along, root beer was something you made at home, and everyone had a slightly different home recipe for it.

Charles Elmer Hires was born 19 August 1851 into a Quaker family in Roadstown, outside Bridgeton in Stow Creek Township in southern New Jersey, according to his obituary, but other records show Elsinboro. The family name was originally Hoyer, of German descent.

In 1863, at the age of 12, he apprenticed for four years in a small country town drug store in Roadstown. In 1867, at the age of sixteen, he moved to Philadelphia and became a drug store clerk. At nights, to better himself, he went to lectures at the College of Pharmacy. His extra studies enabled him to pass an exam in 1872 to become registered as a pharmacist when a state law was passed requiring the exam.

Hires starts his own business

Charles had saved up $400 along the way, which enabled him to set up his own drug store at Sixth and Spruce streets in Philadelphia. He slept over the store, and ate his meals at a boarding house next door. One day, he was watching basements being excavated for new houses, and noticed clay being dug up which he realized was potters clay (aka “Fuller’s Earth” as it was called at the time. Much of Philadelphia still has a underlying layer of potter’s clay.) It was sold at drug stores for cleaning uses: wool, flannel and getting grease spots out. When you wanted some at a drug store, someone working there would break off clumps for you, and weigh it out. Charles arranged to buy it from the excavators who were digging up the basements: they were happy to cart it to his store, as he was closer than their normal dumping sites. He then sold it on wholesale to other druggists in moulded, pre-measured rounds at a rate below current prices. This both saved them hassle in their stores, and allowed them greater margins on the product.

Charles used the extra money he made from the clay to buy regular supplies for his drug store. In this way, he was able to procure his regular stock with very little additional outlay. He continued selling the clay until his competitors caught onto the idea. But, by this time, he had managed to save $5,000, which he was to use in his next business venture.

Hires ventures into the beverage business

Charles was married twice: upon the death of his first wife, Clara Kate Smith, he remarried to an Emma Wain. He had five children.

While on his honeymoon in New Jersey (possibly to his first wife), he had some herbal tea that he really liked (the honeymoon was probably just on his parent’s farm in Roadstown.) When he was back in Philadelphia, he experimented until he had something similar.

He started selling Hires Root Tea in Philadelphia. He continued refining it, then introduced it as Hires Root Beer at the 1876 Centennial Exposition in Philadelphia. He realized the word “beer” would appeal more to men than “tea.” Contrary to popular belief, Quakers as a whole are not opposed to alcohol, though some were involved in the Temperance movement.

What he first sold, though, wasn’t a bottle of root beer: it was a dry extract in a packet, that you mixed at home with sugar, yeast and water to make up a gallon of root beer yourself. You boiled the extract in water, strained it, then added sugar and yeast, let it ferment, then bottled it. The ingredient list on the package said: “Made From Finest Grade Honduras Sarsaparilla, Ginger, Sassafras, Hops and other healthful and scientifically blended roots, barks and berries.”

Charles took out a patent for the term “root beer”, but lost it in 1879 when Congress ruled that generic terms in the dictionary couldn’t be patented.

In 1880, Charles decided sales would be ever better if his product were sold already brewed, so he started selling it that way, but as a concentrated liquid extract in small bottles that you then mixed up at home; you still had to boil it, but it was less messy and saved several steps.

It was sold as Root Beer Extract in glass bottles, on which the wording “Makes Five Gallons of a Delicious Drink” was embossed in raised glass letters. The extract was still being sold in the 1920s, but by then you no longer had to boil it first. The 1920s package directions suggested that for yeast, you used the brand called “Fleischmann’s.”

In 1884, Charles started advertising his liquid extract in Harper’s Weekly and by 1892, sales of the liquid extract reached three million bottles a year. 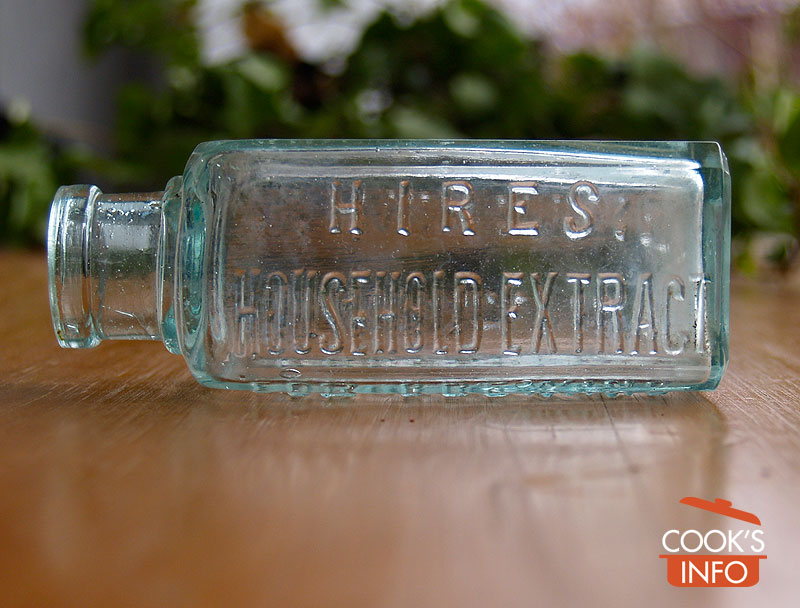 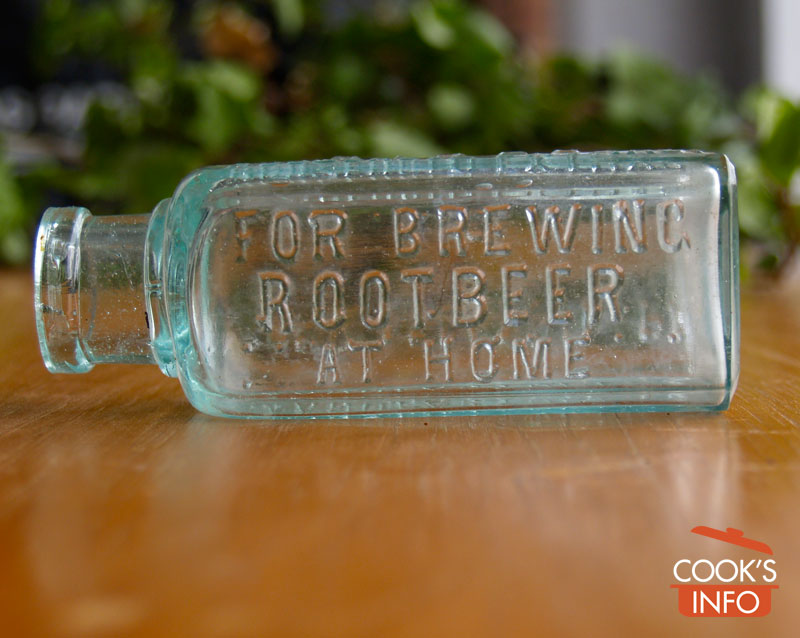 Hires Root Beer as a ready to drink beverage

In 1893, Charles decided to start selling it as the finished, ready-to-drink product in bottles that we know today. 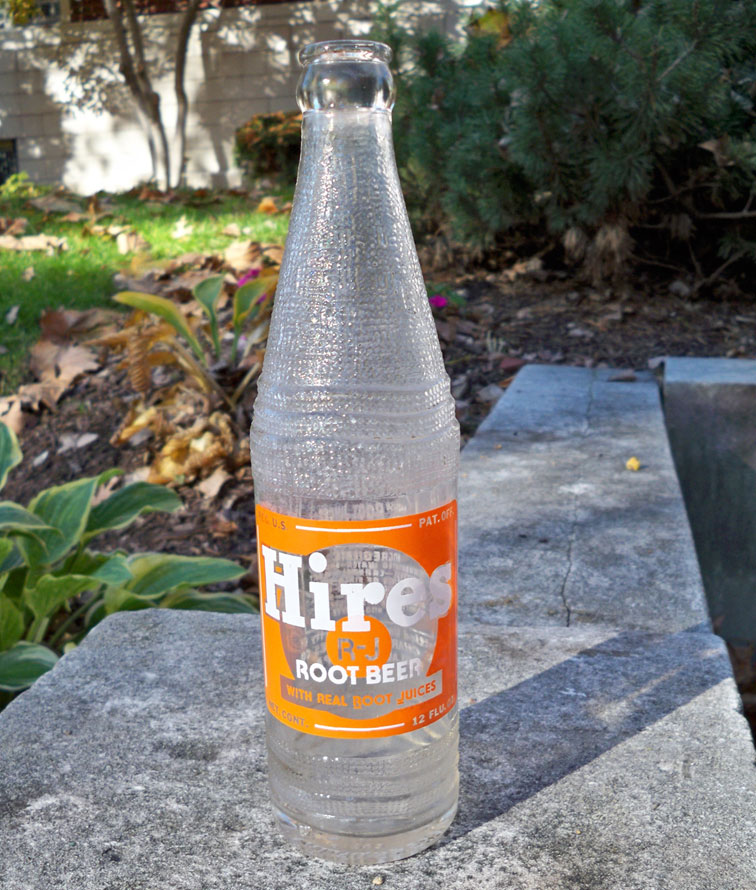 The Hires company in recent times

In 2008, Cadbury-Schweppes spun its soft-drink products off into a separate company named “Keurig Dr Pepper”. As of 2018, Hires is still a part of that company.

Fans have since complained that it has become harder and harder to buy in both Canada and the US. Part of the reason is that the Keurig Dr Pepper conglomerate also owns A&W Root Beer, and Hires has to compete within the same company for attention with a root beer (A&W) that is also heavily promoted by the restaurant chain of the same name (which licences the right to A&W root beer back from Keurig Dr Pepper.) 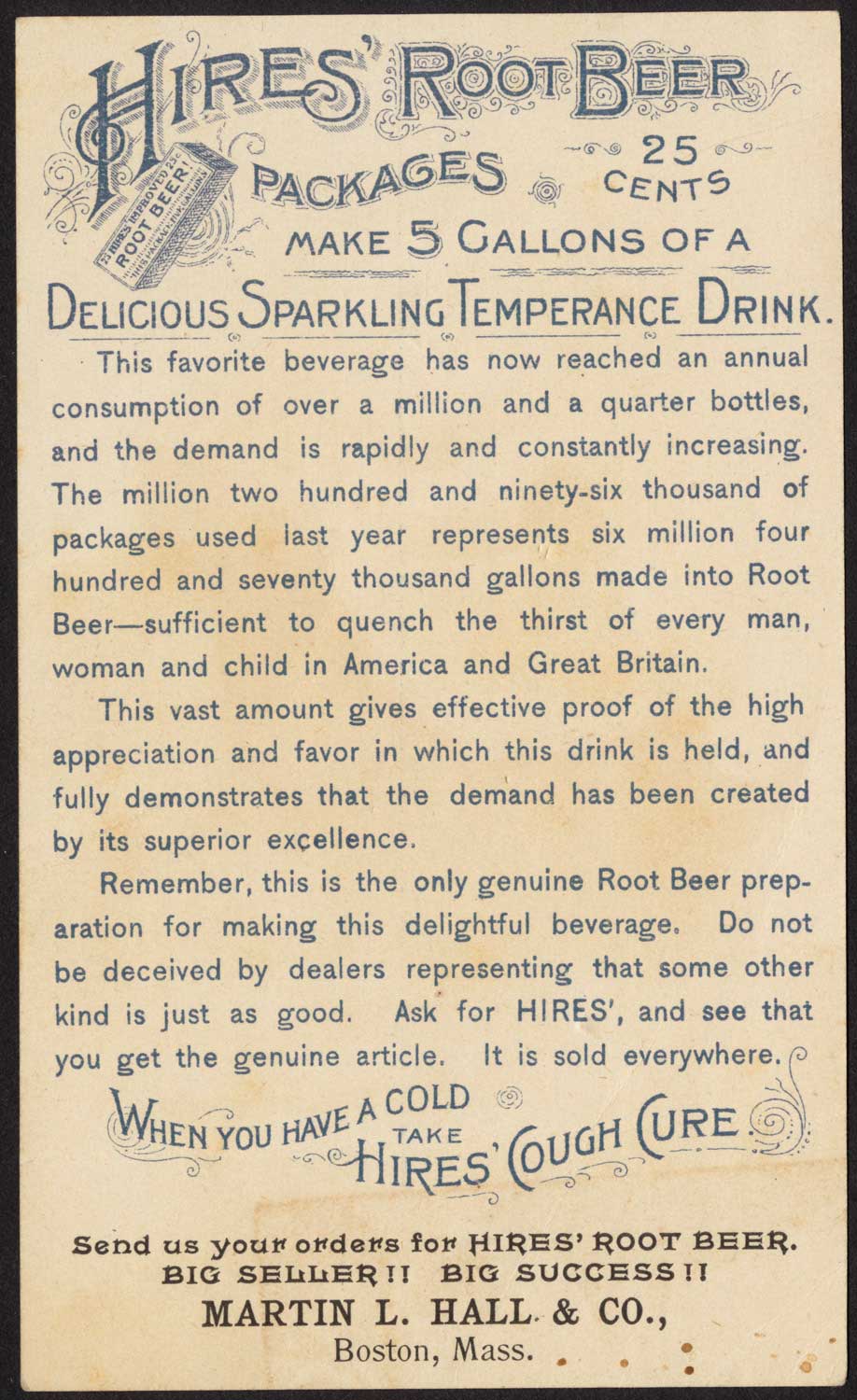 Paul Perrello speaks with author Bill Double about his book, “Charles Hires and the Drink that Wowed a Nation.” October 2018. 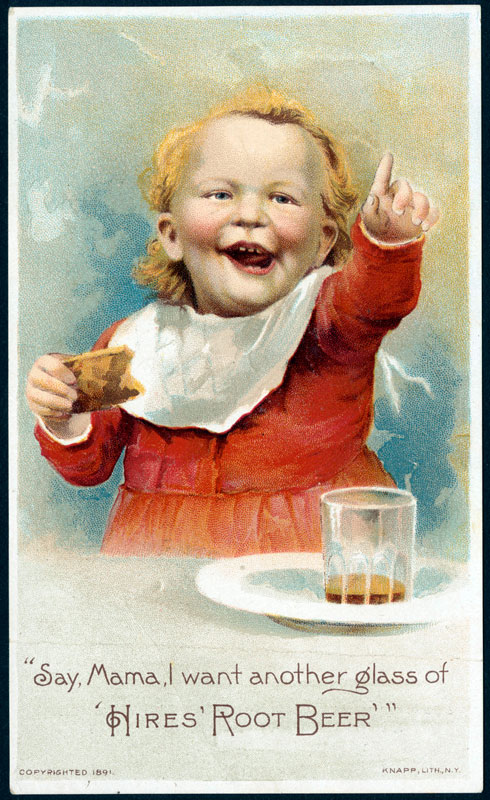