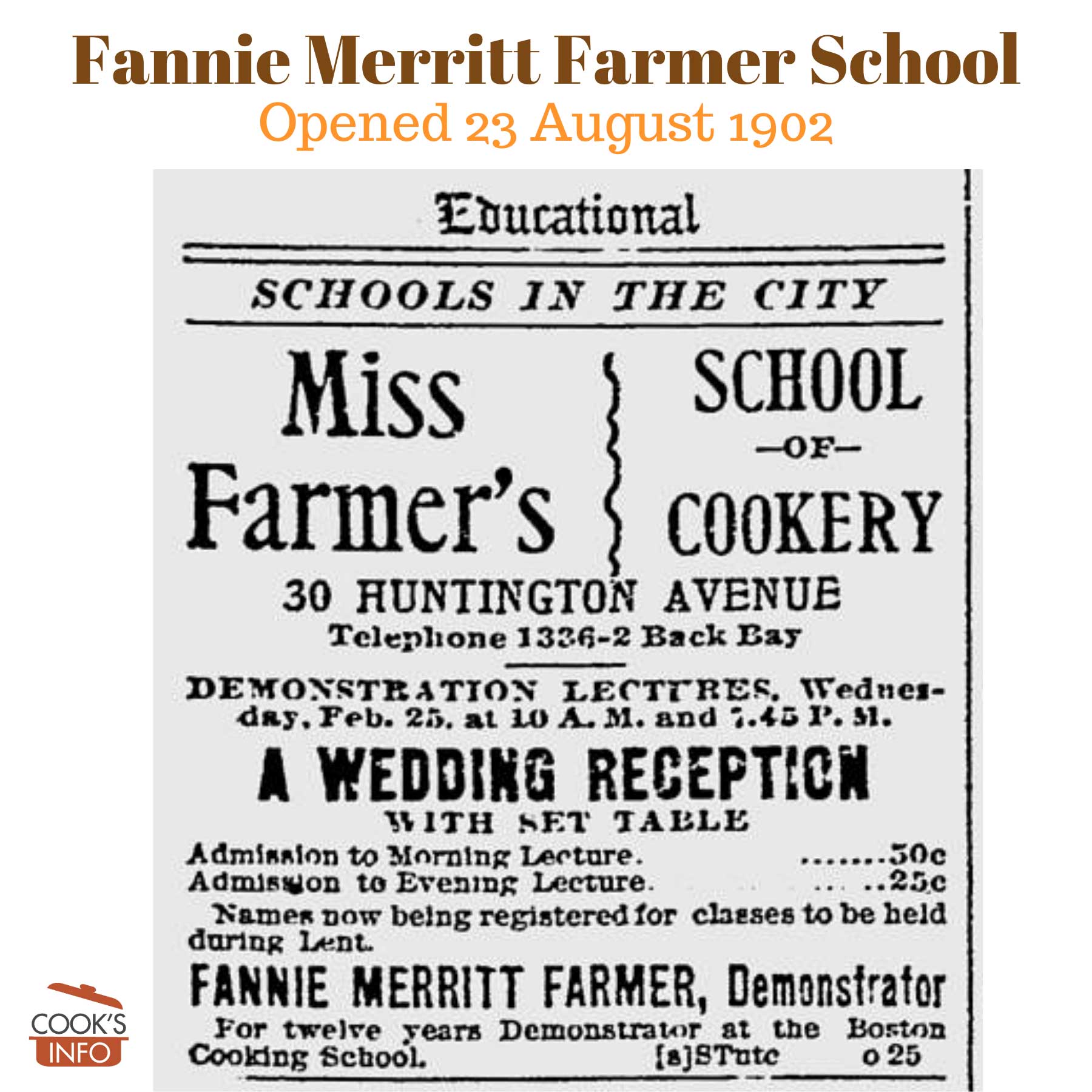 She opened her own school, the Miss Farmer’s School of Cookery, in order to reach a different type of student. At her new school, she aimed to teach the people who would actually be doing the cooking — housewives and nurses. The new school opened on 23 August 1902; it was located at 30 Huntington Avenue in Boston, Massachusetts, USA.

“[Fannie] invited Bradley to teach there because the school had to offer courses in dietetics for nurses to gain acceptance. The school used two teaching methods: the demonstration lecture, and laboratory work done in small groups in kitchen/classrooms. Bradley taught at the school for nine years.” [1]Bradley, Alice, 1875-1946. Papers of Alice Bradley, 1893-1980: A Finding Aid. Harvard University. June 1983. Accessed May 2016 at http://oasis.lib.harvard.edu/oasis/deliver/~sch00468

In 1915, upon Fannie’s death, Alice Bradley purchased the school from Fannie’s sister Cora, and became principal of the school. She wrote a recipe book sponsored by the General Electric Company in 1928, called “Electric Refrigerator Menus and Recipes.” In 1903, the school became associated with Simmons College, which had opened on 9 October 1902. In 1903, Simmons College leased space at 372 Boylston Street in Boston which had formerly housed laboratories for the Boston Cooking School and which was merged into the College in 1902.

The school was still in business as of 1945. CooksInfo is unsure of the history of it after that.