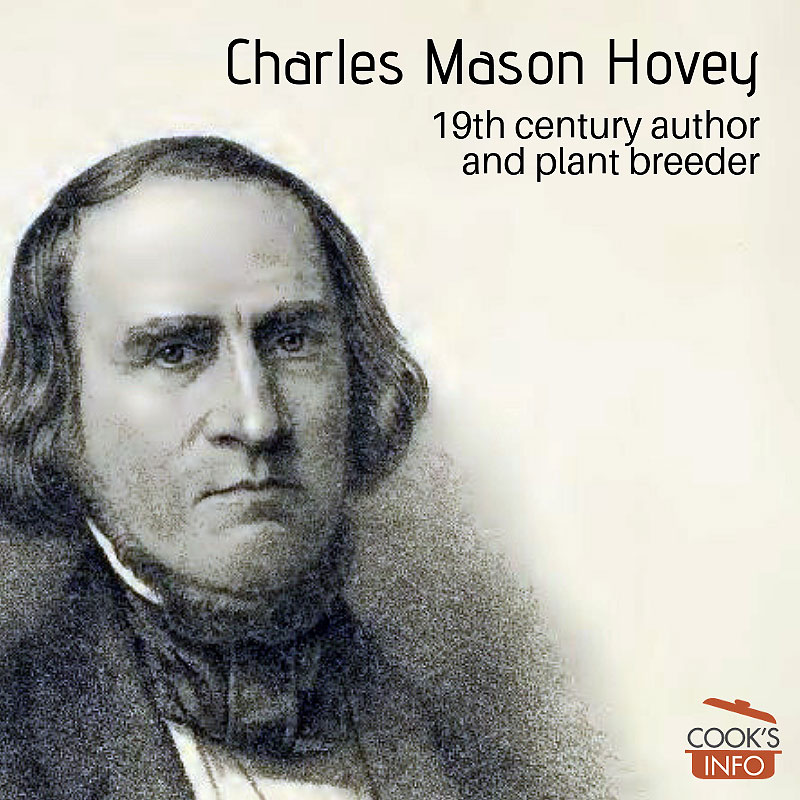 Portrait of Charles Mason Hovey included in his work “The Fruits of America”. Wikimedia / 1846 / Public DomainCharles Mason Hovey is known today for his monumental book “The Fruits of America” with its beautiful illustrations. He is also known for his plant breeding and promotion, particularly with strawberries. He promoted the zinfandel grape, and was the one who shipped it first to California.

In 1832, at the age of 22, he started a seed store and a small nursery with his brother Phineas in Cambridge.

His work on strawberries

When Charles started his nursery in 1832 he had twelve varieties of strawberries. Only two years later, in 1834, he had 50. Charles was searching for hardier strawberry breeds.

In 1836, he introduced the “Hovey” variety of strawberries. The parentage is uncertain, though as during his plant breeding experiments, his labels got mixed up, so the Hovey could have been the result of one of six crosses he had made.

The Hovey was larger and hardier than other varieties at the time, and with good flavour. But though it gained immediate popularity in New England, other areas of the country didn’t seem interested in it. By 1854, he wrote that he didn’t feel that further breeding attempts with strawberries would pay much further dividends, and certainly none that would be noticeable to most people. 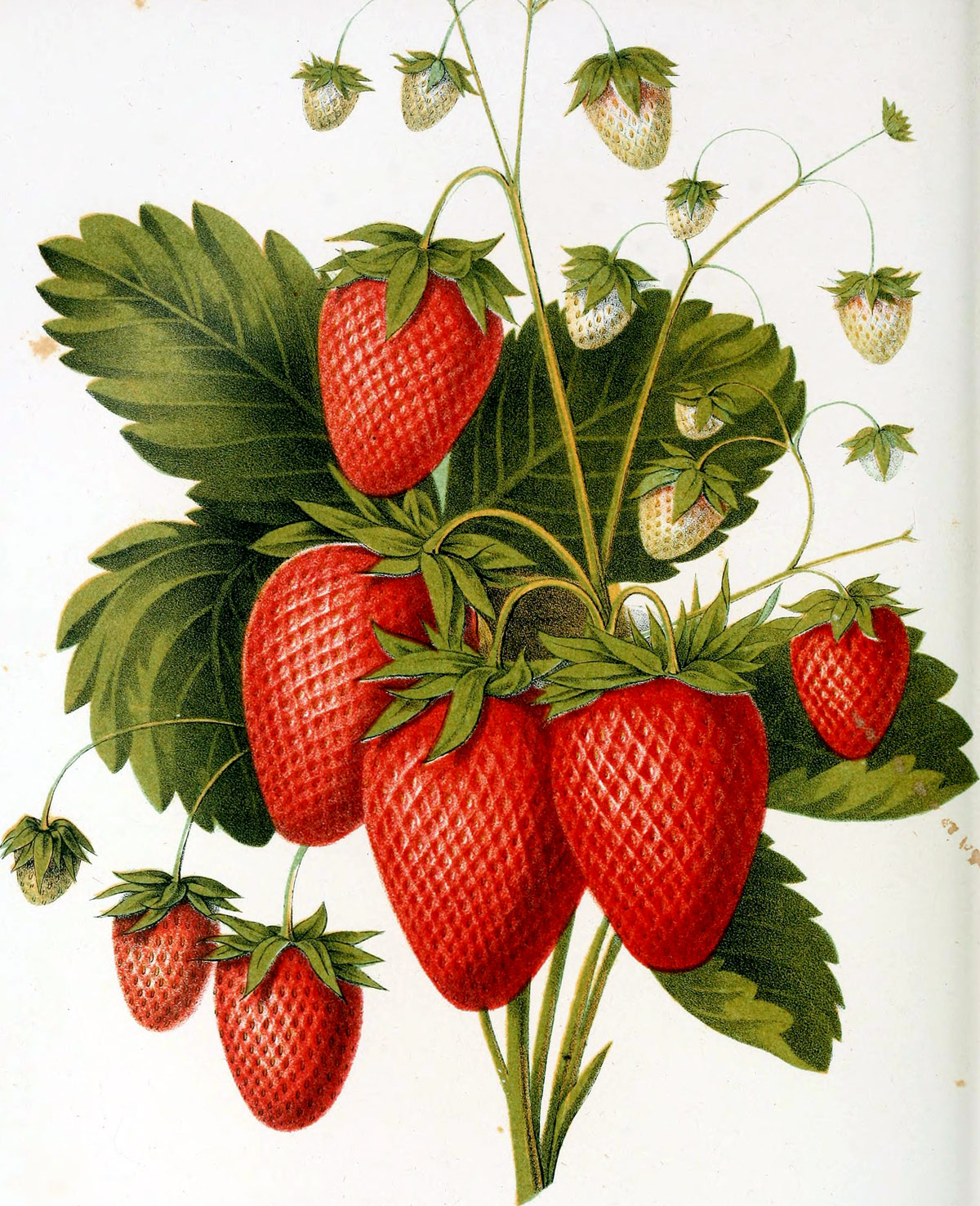 Image of strawberries from page 361 of “The fruits of America. Internet Archive / Public Domain

In 1834, at the age of 24, he started a magazine called “American Gardeners’ Magazine.” He said he had been inspired to start it by the Gardener’s Magazine from London.

He published the magazine until 1868. 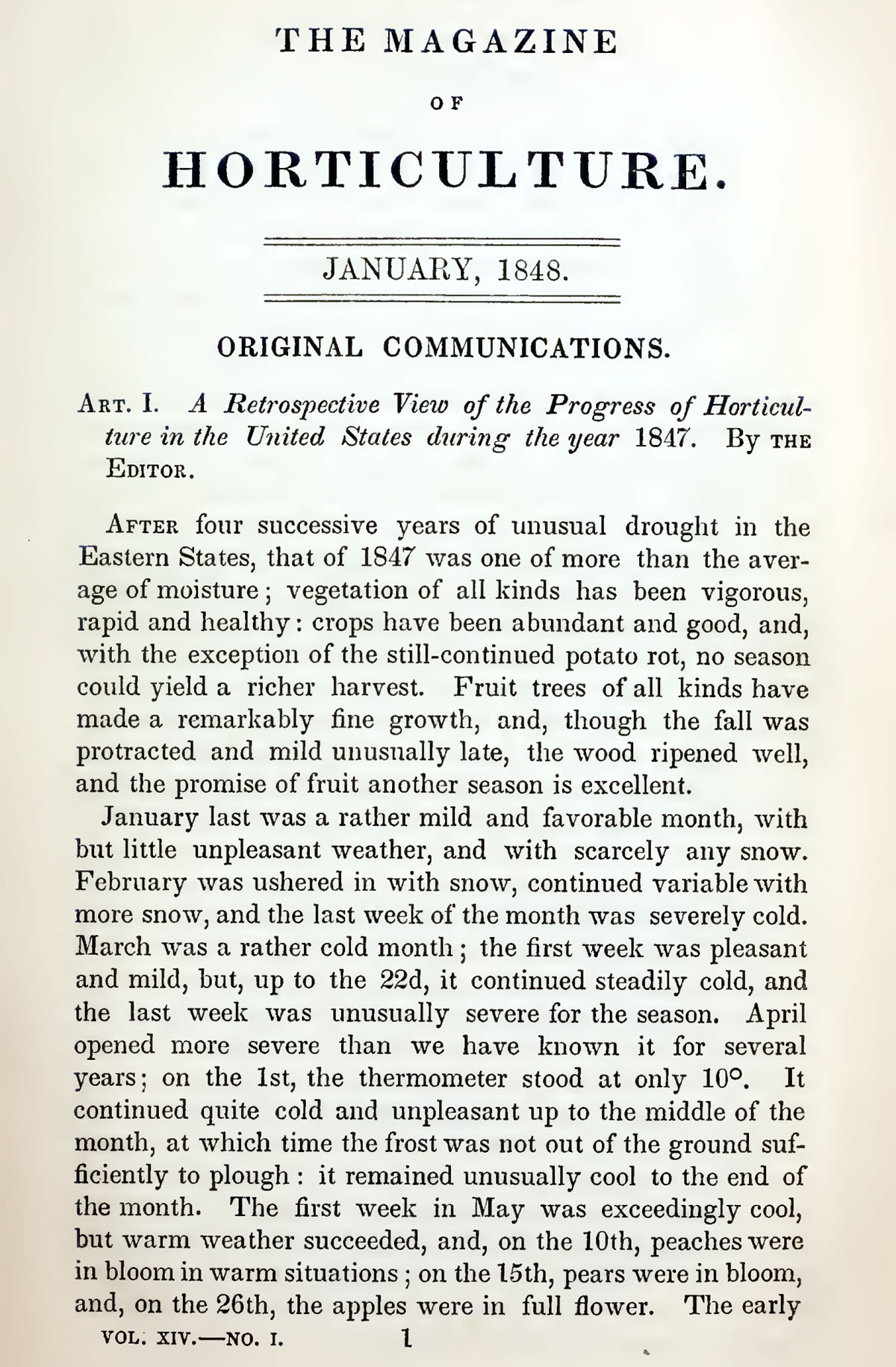 The Magazine of Horticulture, January 1848

Charles authored the “Fruits of America”, two volumes of which were published in Boston by Hovey and Co. from 1847 to 1856. A third volume was started but not completed or published. The two volumes contains over 100 colour plates, which are now quite valuable.

He was the president of the Massachusetts Horticulture Society for four years, from 1863 to 1867.